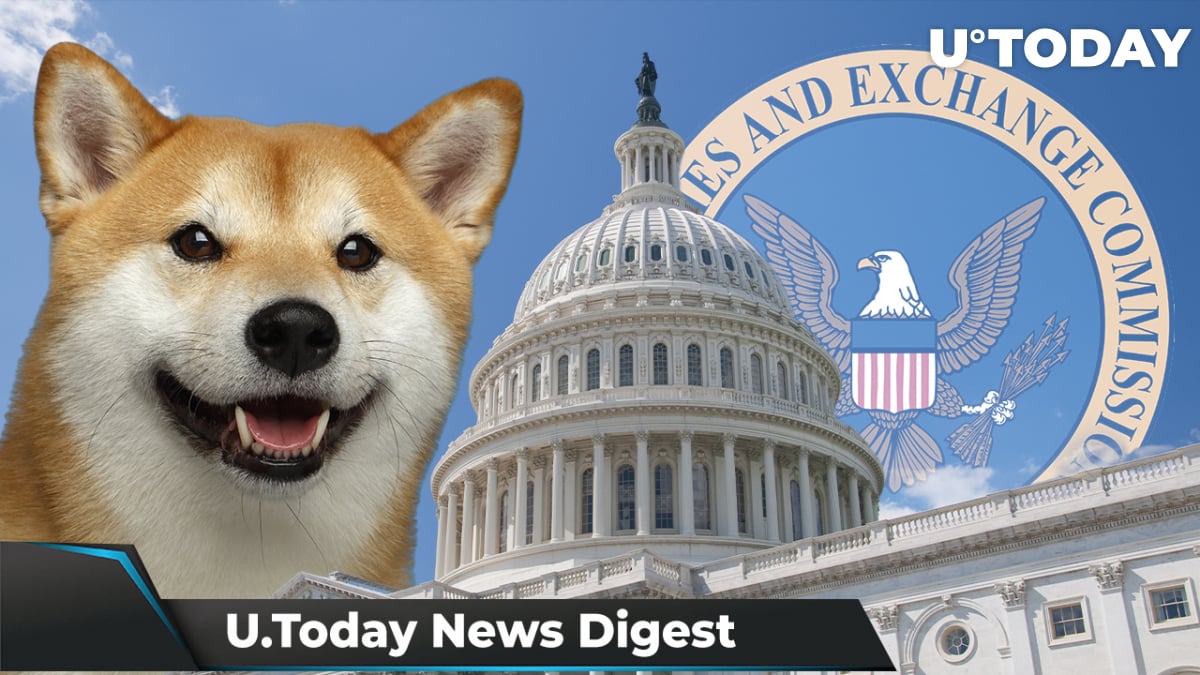 Here are the top five crypto news over the past day presented to you by U.Today.

Dogecoin creator and Elon Musk team up to criticize US government

The confrontation between Elon Musk and the U.S. government continues, and his friend Billy Markus, the creator of Dogecoin, has rushed in to rescue him. In his tweet, Markus expressed his disappointment with the way the government treats Musk, noting that the centibillionaire is still being criticized by some regulators like Sen. Warren despite paying the largest individual tax bill in the history of the country. The Dogecoin developer has also added that the media is being dishonest by calling inflation transitionary while the government prints an additional $2.5 trillion to boost the struggling economy.

SHIB now has over 1 million holders

Pro-crypto SEC commissioner to step down in January

According to the official announcement by Elad Roisman, he will resign from the SEC Commissioner position by the end of the next month, meaning that "Crypto Mom" Hester Peirce will be the only cryptocurrency-friendly voice within the agency. Roisman stated that serving as an SEC commissioner was "the greatest privilege" of his career.

Earlier this month, Roisman together with Peirce released a joint statement criticizing Chair Gary Gensler's approach to crypto legislation, claiming that the SEC failed to develop clear standards that would allow investors and regulated businesses to safely interact with cryptocurrencies.

Yesterday’s Shiba Inu price drop from the $0.00003 area put the majority of whale wallets in big losses of over $150 million. The correction wave has also hit retail investors, making them lose money or break even on the market, as per IntoTheBlock. The holding's value drop was caused by the negative price action on SHIB. Since the last ATH, the meme crypto has lost approximately 70% of its value. Shiba Inu was previously trading at $0.000088 before rapidly plummeting to October levels.

After Justin Sun announced his resignation as Tron CEO, some users decided to take advantage of the news. According to CoinMetrics, transactions on the Tron blockchain have surpassed those on EOS, ETH, XRP, NEO, LTC, ADA and DASH, which might suggest growing utility. Yesterday, WhaleAlerts also reported tranches of large TRX transactions. The most recent one was carrying 75,186,300 TRX worth nearly $5,867,895 from Binance to an anonymous wallet.