BTC, ETH, XRP Price Prediction — A Rise Has Started. Can We Consider It as the Bounce Back?

Denys Serhiichuk
??It looks like bulls have accumulated their positions. Read our price prediction to understand whether bears’ dominance is over or not?? 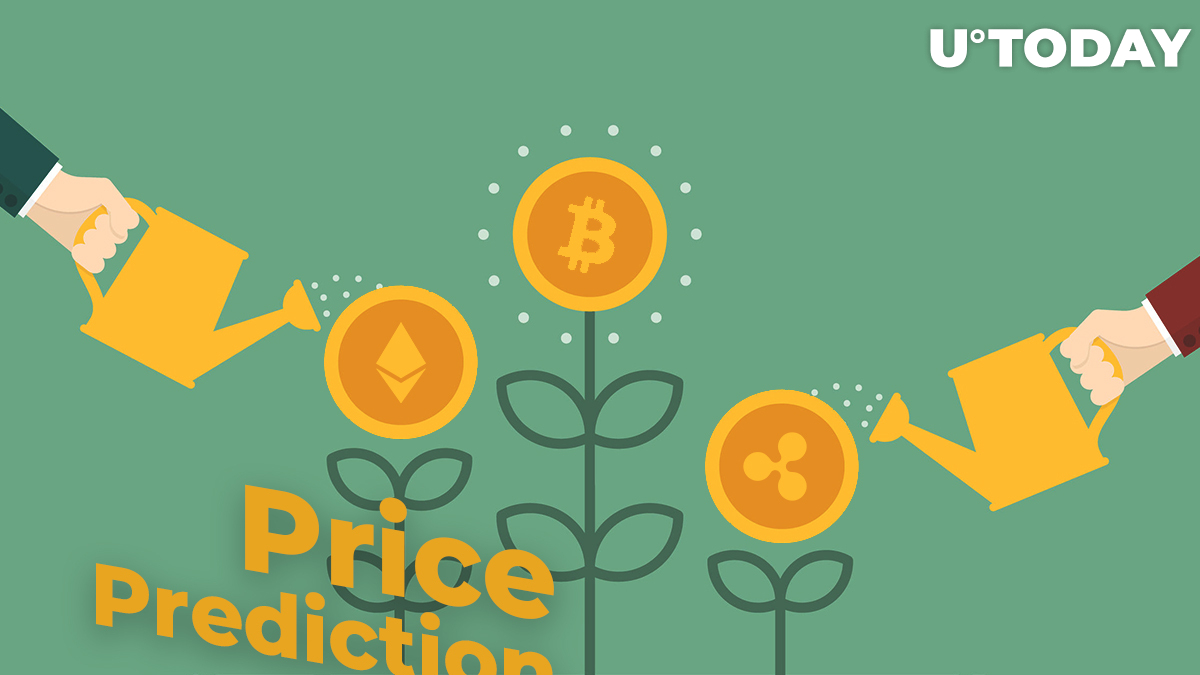 If yesterday the top coins were in the red zone, and only Litecoin was rising, today, the situation is vice versa. The rates of the top 10 assets are going up – the biggest gainer is Binance Coin, whose price has increased by more than 6%, while LTC has dropped by almost 3% compared to its value yesterday.

In this regard, bulls have pushed the market capitalization to $261 bln and the trading volume to more than $64 bln.

The cryptocurrency continues to move within the ascending channel. Moving averages are directed upwards, and the distance between them increases, which indicates the presence of a bullish trend and the strength of it.

Bitcoin has neglected technical indicators, showing bearish tendencies in our recent scenario and struck above $8,000.

It is essential to understand that until the level of support has been broken, it is too early to talk about the completion of the model and the beginning of a decline. The cancellation of the scenario will be a breakdown of $9,195; in this case, we should expect continued growth above $10,000.

At the moment, there is a potential for the formation of the Head and Shoulders reversal pattern; we can expect a test of $8,450 within this figure.

Our Ethereum price prediction has justified itself even earlier than predicted, as the quotes are already trading above $250. Currently, ETH is rising the most out of the top 3 coins; its rate has gone up by 4% over the last 24 hours.

Even though the leading altcoin could reach the $250 resistance mark and even surpass it, the asset is looking overbought in the short-term scenario. The RSI indicator is moving downwards, meaning that buyers have already fixed their profits. Moreover, the trading volume has reduced compared to its previous levels. All these factors signal a slight rollback to the nearest level of $255 in a few days.

Ripple is trying to keep up with Bitcoin and Ethereum; however, it is still fighting to fix above the $0.40 level. Besides the technical factors, there are also fundamental reasons that can potentially push the price up. Regarding the recent news background, Ripple opened an office in Brazil and intends to continue expansion to Latin American countries.

On the 30 minute chart, Ripple has broken the resistance level and is located near its local maxima. However, the trading volume has not increased a lot, which may mean a correction to the $0.40 area.

Related
Ripple Price Prediction — How Long Can Bulls Stay Above $0.4?

What is more, the MACD indicator has been stagnating for a few days already, and its lines are about to move downwards. Once the price comes back to its previous resistance, traders can expect XRP at new highs, as the coin accumulates its position for a potential bull run.