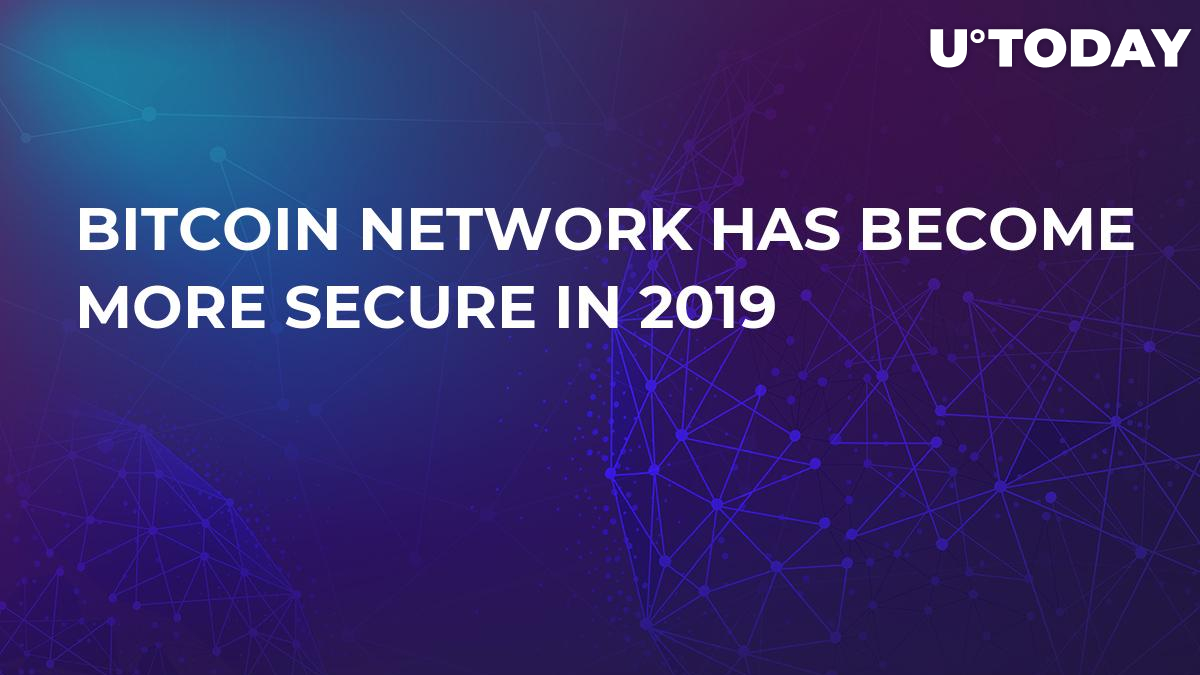 According to data provided by Bitcoin developer Jameson Lopp, it would now take more than Proof-of-Work (PoW) equivalent 400 days to rewrite the entire Blockchain by somebody who controls 100 percent of all hashrate. This is the longest it has ever been.

The amount of time it would take for an attacker with 100% of the Bitcoin network hashrate to rewrite the entire blockchain has reached an all-time high of over 400 days. pic.twitter.com/kCk8ZKlIqH

Another confirmation for the bulls?

Notably, the number of PoW days has been steadily rising since December when the BTC price bottomed out at $3,100.

Hence, this can serve as an indicator that we are currently in the bull market (in case Bitcoin’s meteoric rise $9,000 wasn’t convincing enough).

Once the BTC price reaches its ATH, the amount of time needed for rewriting the Blockchain is expected to start decreasing (as it happened in 2017).

The BTC network is growing stronger

As reported earlier by U.Today, Bitcoin mining difficulty recently reached its new ATH, which proves that the network is becoming healthier.

It is now harder to mine a block, and that, of course, is also attributed to the Bitcoin price rally that took place in April and May.

These new milestones come on the heels of the recently Binance controversy. The leading exchange by trading volumes suggested performing Blockchain reorganization in order to recover $41 mln lost as an aftermath of a security breach.

Of course, the exchange quickly backtracked on this idea after facing major backlash from the Bitcoin community.