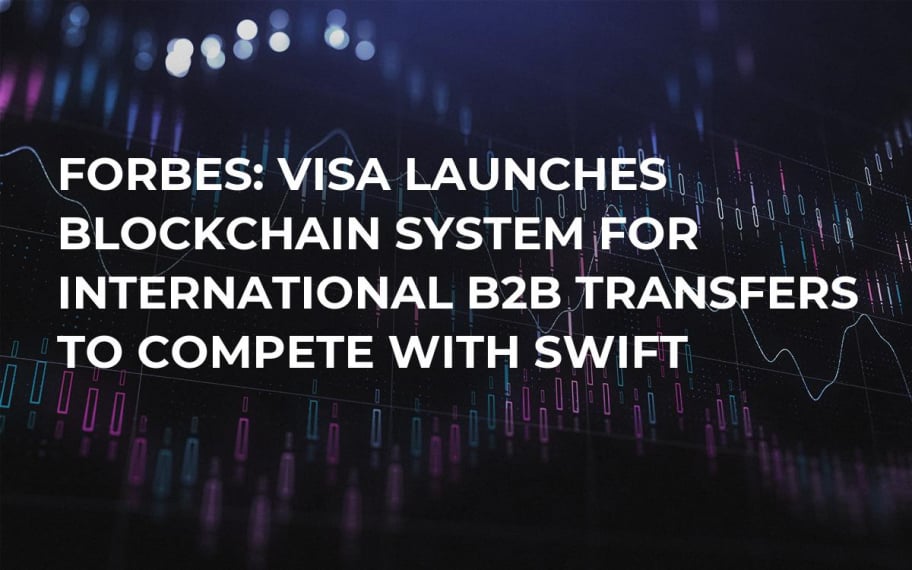 The global giant in the sphere of fund transferring is about to enter the market of B2B transactions that is evaluated at $125 trillion. To work in the new sphere, Visa is launching its own blockchain product, which is expected to make transactions cheaper and add transparency. Besides, Visa will be able to conduct them much faster.

The market is dominated by SWIFT

The majority of transnational payments at the moment are conducted by the Swift system, a Belgian-based giant founded in the early 1970s. It has over 11,000 financial organizations on its member list. Swift is also the company that Ripple opposes and is doing its best to take over on the market.

It has been acknowledged already that the traditional Swift system has numerous flaws (mainly that money transfers take too long to reach their destinations) and for this reason Ripple is competing with it. Visa now intends to do likewise.

However, back in 2017, Swift launched a new fund transferring service dubbed GPI. Since it started, almost all financial transactions are now done within 24 hours, as per Harry Newman, the chief of banking at Swift. 3,500 banks are currently using the service, which moves about $300 bln per day – 50 percent of Swift’s total daily volume.

Related
Coinbase Launches Its Crypto Debit Card in Europe. Will It Push Bitcoin Price to $10,000?

Visa enters the market with blockchain

Visa is also working to raise the speed of transfers for its clients and make them more transparent. A short time ago, it launched Connect, a B2B DLT product, writes Forbes in its recent article.

The new product of Visa is based on Hyperledger Fabric, the Linux-based DLT software built by IBM. Despite the fact that blockchain is used here, unlike cryptocurrency platforms, the Visa B2B Connect service is centralized.

To find more clients, Visa is now partnering with FIS, a payment processor, working with over 20,000 financial organizations. 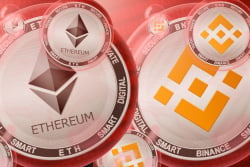 Top Stories of the Weekend: Ethereum and BNB Reach New ATH, While Peter Brandt Claims XRP Could Hit It Too
News
20:14

Top Stories of the Weekend: Ethereum and BNB Reach New ATH, While Peter Brandt Claims XRP Could Hit It Too