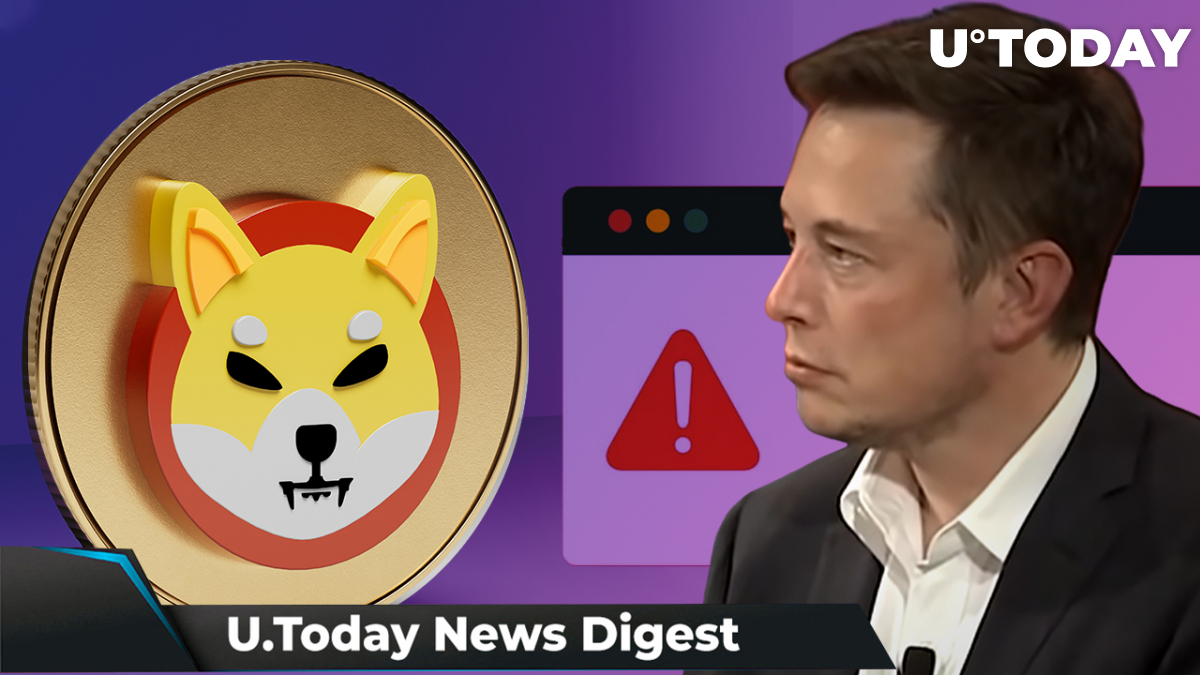 Good news for SHIB holders who love traveling: according to XcelTrip, a decentralized ticket and hotel booking platform, the canine coin can now be used for booking trips on their website, xceltrip.com. From this moment on, 2.3 million hotels, over 450 airlines and car rentals in more than 70 countries can be at Shiba Inu fans’ disposal. By introducing SHIB as a payment method, XcelTrip is now joining the ranks of luxury brands such as Gucci and Tag Heuer, which earlier in May announced the possibility of making purchases with the memecoin. However, the price of SHIB continues to steadily decline despite its mass acceptance as a means of payment. At the moment of writing, SHIB is changing hands at $0.0000105, down almost 5% over the past 24 hours.

Earlier this week, a video featuring Elon Musk’s deepfake went viral on Twitter. The video  aimed to lure crypto holders into putting their money into a trading platform that offers “30% dividends every day for the rest of their life.” The Tesla boss rushed to comment on the phony promotion, stating that it was “definitely” not him. Luckily, most crypto users did not fall for the poor-quality video, taking issue with Musk’s voice, which sounds robotic and unintelligible. The viral video has not been left unnoticed by Dogecoin co-founder Billy Markus. He said that those who are stupid enough to fall for such a sham deserve to part ways with their money.

The latest market picture demonstrated a few signals of a potential price surge of the Ethereum cryptocurrency. Santiment on-chain analytics platform reports that Ethereum's average fees are at extremely low levels (roughly $2.54 per transaction), adding that ETH tends to rise after average transactions dip below $5. The drop in gas prices was caused by the asset’s price sinking due to inflation fears and system risks within the broader crypto market. Also, the latest sell-off has pushed ETH price closer to the MA 200 at $1,179 on the weekly chart, which could serve as the lower support. According to market observers, a rebound could happen around here as major long-term buyers emerge.

Iagon, a decentralized cloud computing platform, has announced that its Ethereum-Cardano token bridge goes live in beta version. According to the IAGON team, the token bridge was built to facilitate the conversion of ERC-20 IAG tokens to CNT IAG tokens, allowing tokens on different blockchains (Ethereum and Cardano) to interact. The new bridge relies on solutions provided by Milkomeda, a Layer 2 protocol, and Nomad protocol. Cardano reached a pivotal moment in interoperability after the Milkomeda Foundation announced the launch of Milkomeda C1 in late March. C1 is a Layer 2 EVM compatible sidechain that enables Ethereum dApps to be deployed in the Cardano ecosystem.