Gucci Accepts SHIB and DOGE, $27,200 Is Next Support for BTC, Elon Musk Got $500 Million from Binance to Buy Twitter: Crypto News Digest by U.Today 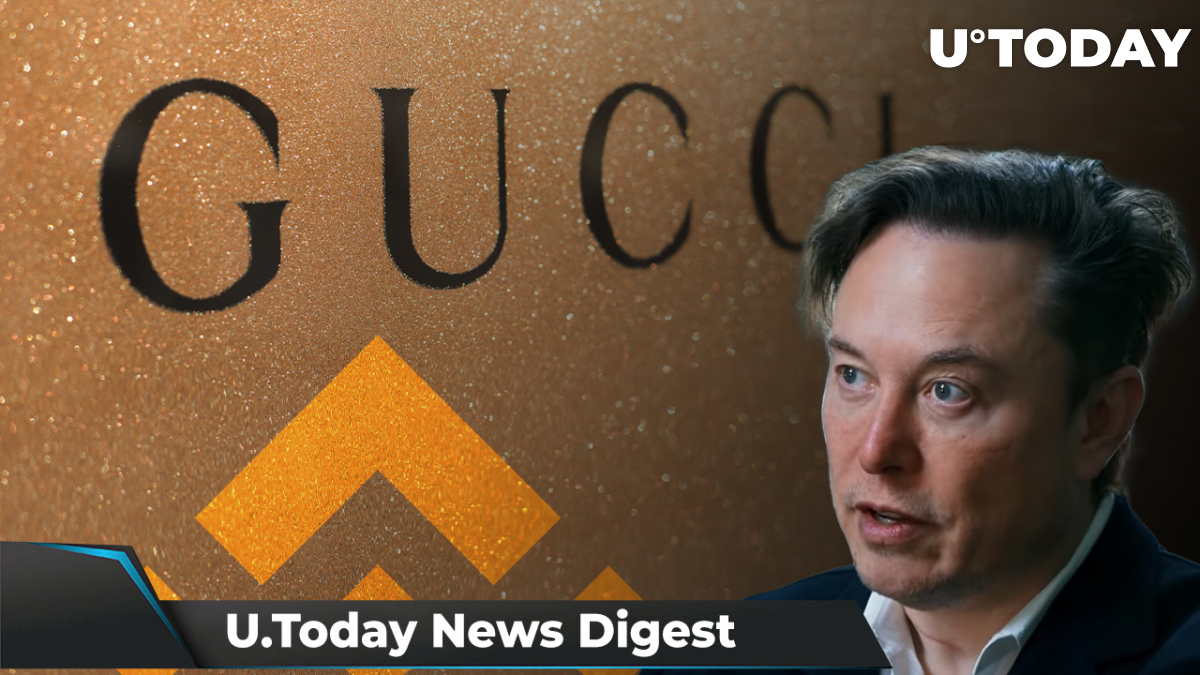 As reported by Vogue Business, Italian fashion luxury house Gucci will soon start accepting  Bitcoin, Dogecoin, Shiba Inu and some other cryptocurrencies at select locations in North America. Customers will be able to pay for their purchases in crypto with the help of a QR code. According to a statement by Gucci CEO Marco Bizzarri, the fashion brand is “always” open to embracing new technologies.

Last May, Gucci launched its first NFT inspired by the company’s Aria collection. The item was sold for $25,000 at a Christie’s auction.

$27,200 is next support for Bitcoin: Fairlead Strategies founder

During a recent episode of Squawk Box, founder and managing partner at Fairlead Strategies Katie Stockton named $27,200 as the likely level where Bitcoin may find the next support when it begins dropping. She also pointed out a strong correlation between Bitcoin and the Nasdaq 100 and S&P 500 indexes, which are going down at the moment, stating that Bitcoin may follow those stocks.

Bitcoin began to decline the next day after the Federal Reserve implemented a long-expected rate hike by half a basis point. Over the past 24 hours, Bitcoin dropped by 5.21% and is changing hands at $36,127 at press time.

According to a recent Twitter announcement, Binance has added three new trading pairs, including a SHIB trading pair, SHIB/GBP. From now on, crypto traders can take advantage of the mean reversion trade gained by both assets being pitted against each other. Binance was one of the first crypto exchanges to embrace Shiba Inu, adding support for the meme cryptocurrency back in May 2021. Since then, SHIB has seen numerous listings, including the one by Robinhood, which happened in April to the delight of the Shiba Inu community.

A recent SEC report shows that in order to buy all Twitter shares for around $54 each, Elon Musk attracted $7.13 billion in new financing commitments from various investors. Among all the contributors, there is one that stands out - Binance - one of the biggest cryptocurrency exchanges in the world, which provided Musk $500 million in commitment letters, i.e., loans by co-investors for a specific goal. Some investors committed by providing their shares of Twitter stock: Prince Alwaleed Bin Talal Bin Abdulaziz Alsaud contributed 35 million shares, which equals almost $1.9 billion (at $54.20 per share).