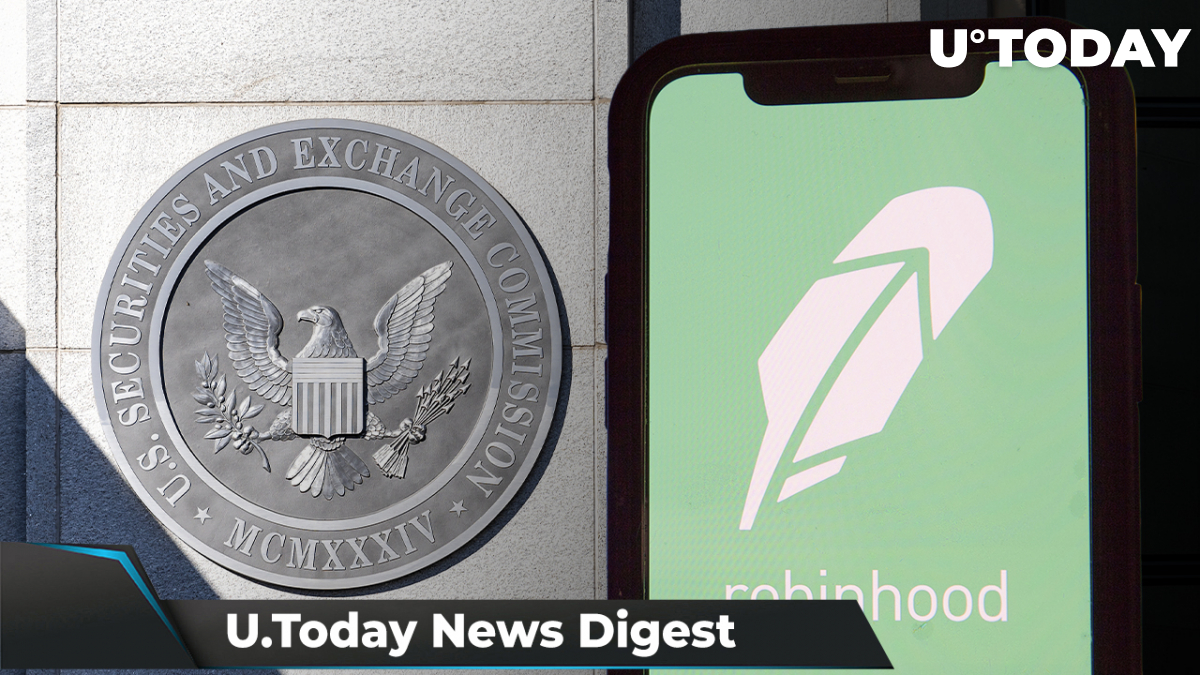 Ripple top executives, CEO Brad Garlinghouse and co-founder Chris Larsen, have addressed Magistrate Judge Sarah Netburn, arguing that the SEC’s most recent request for yet another extension of time should be denied. On March 21, the regulator asked the court to allow a “brief extension” to inform the court about its intentions to conduct any additional discovery. However, the defendants argue that the SEC has delayed the resolution of the case “long enough,” adding that “nothing” should delay Ripple from moving to summary judgment.

Robinhood sees a lot of potential in NFTs

In a recent interview with The Verge, Robinhood chief product officer Aparna Chennapragada shared that she is "fascinated" by non-fungible tokens. She added that she sees "a lot of potential" when it comes to NFTs and mentioned a blockchain-based NFT game, Axie Infinity, as an example of a successful project powered by the new technology.

Chennapragada, however, did not specify what role the technology could play in the Robinhood ecosystem, saying that some of the use cases of NFTs may be far-fetched.

WhaleStats data demonstrates that the fourth biggest wallet on the Ethereum blockchain, known as "Tsunade," purchased 51.4 billion Shiba Inu tokens, which equals $1.19 billion in fiat. Since the end of February, the whale has almost doubled his or her holdings, with Shiba Inu remaining the wallet’s most actively traded asset.

Meanwhile, SHIB entered the descending triangle pattern, which should cause a volatility spike once the asset breaks through one of the borders of the formation. The asset is changing hands at $0.00002383, as per CoinMarketCap data.

As reported by TradingView, an anonymous whale closed a massive $120 million Bitcoin short after minor movement of the flagship crypto. A few moments later, the BTC price surged to the high of $43,000. Some users speculate that the big short was removed with the help of insider information about market movements.

At the moment, Bitcoin is trading at $42,276, according to CoinMarketCap.