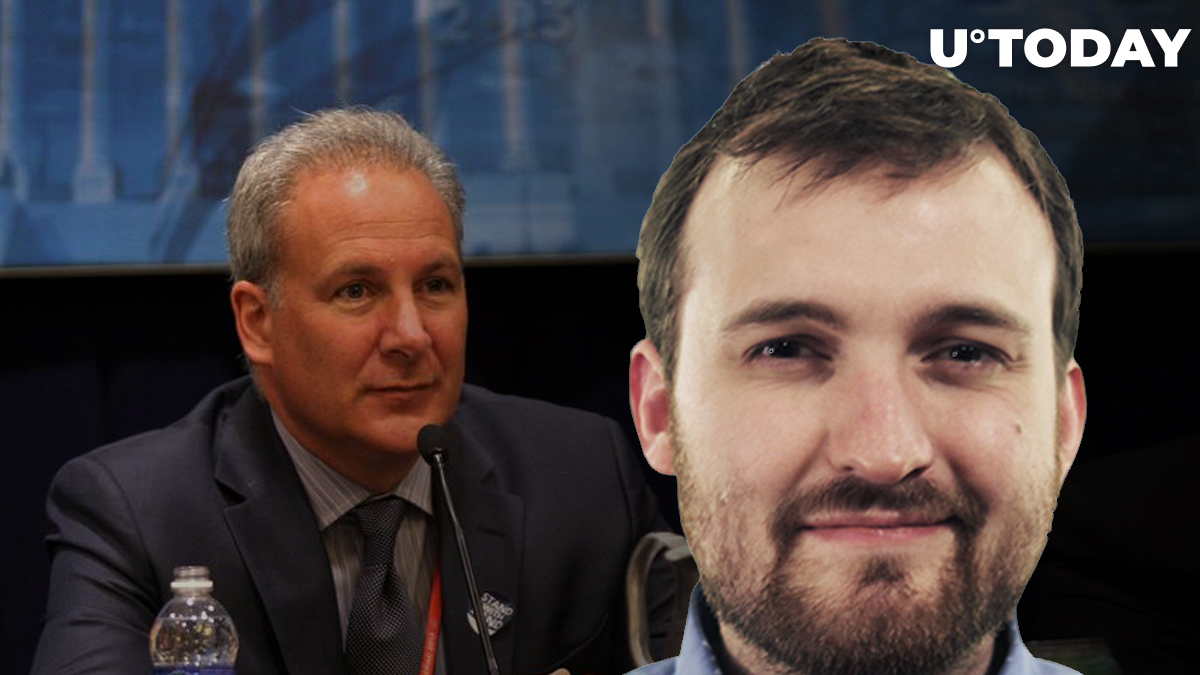 Charles Hoskinson, the founder of blockchain project Cardano, has slammed gold bug Peter Schiff for constantly predicting that the sky is falling and that gold could be humanity’s only savior.

In response to Hoskinson, Binance CEO Changpeng Zhao quipped that being a doom-sayer could be a standalone profession.

I've known him since 2007. Dr. Doom has the same old pattern. The sky is falling, the economy is doomed! Only gold can save us. Everything else is a scam. Bitcoin is bad because reasons xyz. Same pitch for a decade

The king of consistency

The economic forecaster appeared in the spotlight after foreseeing the economic meltdown in 2008, three years before it actually happened.

Since then, he has accurately predicted 100 out of 2 recessions, but his gold and Bitcoin price calls went terribly wrong.

Schiff chose to stubbornly dismiss Bitcoin from the get-go, thus missing out on a once-in-a-lifetime investment opportunity. In fact, he could have walked away with eight tons at the end of the previous decade by investing 100 grams worth of the yellow metal into BTC in 2010.

Giving Nouriel Roubini a run for his money

Still, Schiff is not going to lose his title as Bitcoin’s biggest critic anytime soon. As reported by U.Today, he recently tweeted that the best-performing asset of the 2010s would not have much time to shine.

Apparently, he derives pleasure from riling up Bitcoiners, and he wants to troll crypto Twitter to the fullest before a purported crash happens.

There is also a chance that he is competing for the “Dr. Doom” title with Nobel-winning economist Nouriel Roubini who recently trashed crypto as the mother of all bubbles in his new broadcast.