Yuri Molchan
Brian Kelly comments on Bitcoin’s recent sharp decrease, assuring that this is just a temporary thing; according to him, the BCH hard fork is to blame 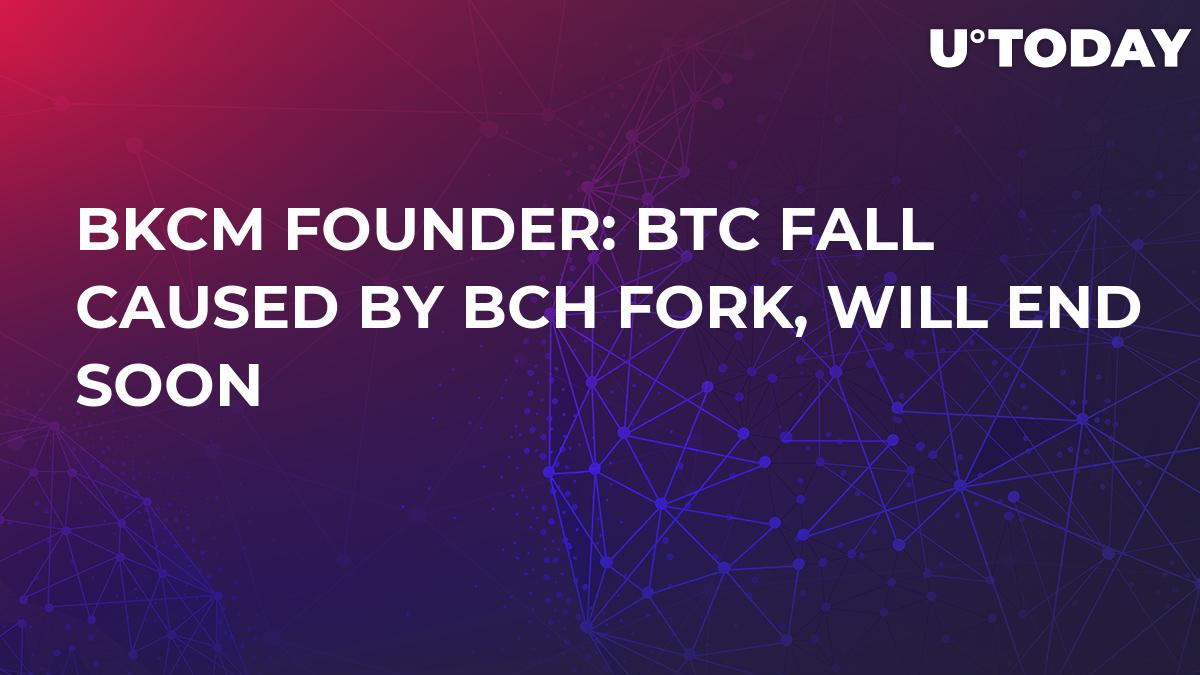 On Thursday, for first time over the past three months, Bitcoin has made a large-scale move. However, it moved in the direction contrary to what the market had expected and shed over approximately 12 percent. The sellout was one of the largest to occur within just a day since the start of the year.

Brian Kelly, the CEO of BKCM crypto investment fund, has recently shared some curious information in an interview with CNBC. He believes that the current drop in Bitcoin is most likely caused by the ongoing war between Bitcoin Cash (BCH) and its newly forked chain.

The Struggle of two BCH camps

Brian Kelly believes that Bitcoin is rolling back due to the opposition between the two camps. The leaders of the first one are Craig Wright and CoinGeek. On the other side of the battlefield are Bitmain with Jihan Wu, ABC, and ViaBTC. Both sides are competing for the right to run the BCH chain that will ensure the consensus in the network.

Kelly pointed out that this hard fork is not a typical one. In most cases, all the community agrees, leaving the old chain behind; in this case, there is a real bloodbath that has spread to the whole crypto market.

How is that the BCH fork is making the market bleed?

The worst thing about this hard fork is that it has begun to spread its negative impact on the whole crypto market. The camp that has sprung off the main chain is dubbed Bitcoin SV (Satoshi Vision), led by Craig Wright. It has made a severe hash power contest from the hard fork and threatens to conduct a 51-percent attack on the BCH chain. If they actually decide to do that and succeed, they will gain a tool for manipulating Bitcoin Cash’s blocks.

Their ’enemies’ — Jihan Wu, Bitmain and other big BCH mining pools — have a substantial influence over crypto miners in China. Basically, Bitmain, being the major mining gear producer and operator of mining pools, could throw its hash power onto BCH from Bitcoin in order to withstand CoinGeek and Craig Wright.

Should this take place, such a move will bring down the BTC hash rate quickly and could in theory be a source of obstacles for mining blocks, eventually making the whole network slow down.

Brian Kelly: the crypto chaos will not last long

Kelly believes that, should the war of hash rates keep going, it will hit both BCH and BTC hard. Both networks will slow down, reckons Kelly. People have already begun to sell off their crypto stock. He also added that his company has taken advantage of the downtrend and bought more crypto.

However, other analysts believe that the bearish trend may keep going for a while, making the crypto market volume down to a $180-bln low in the near future.