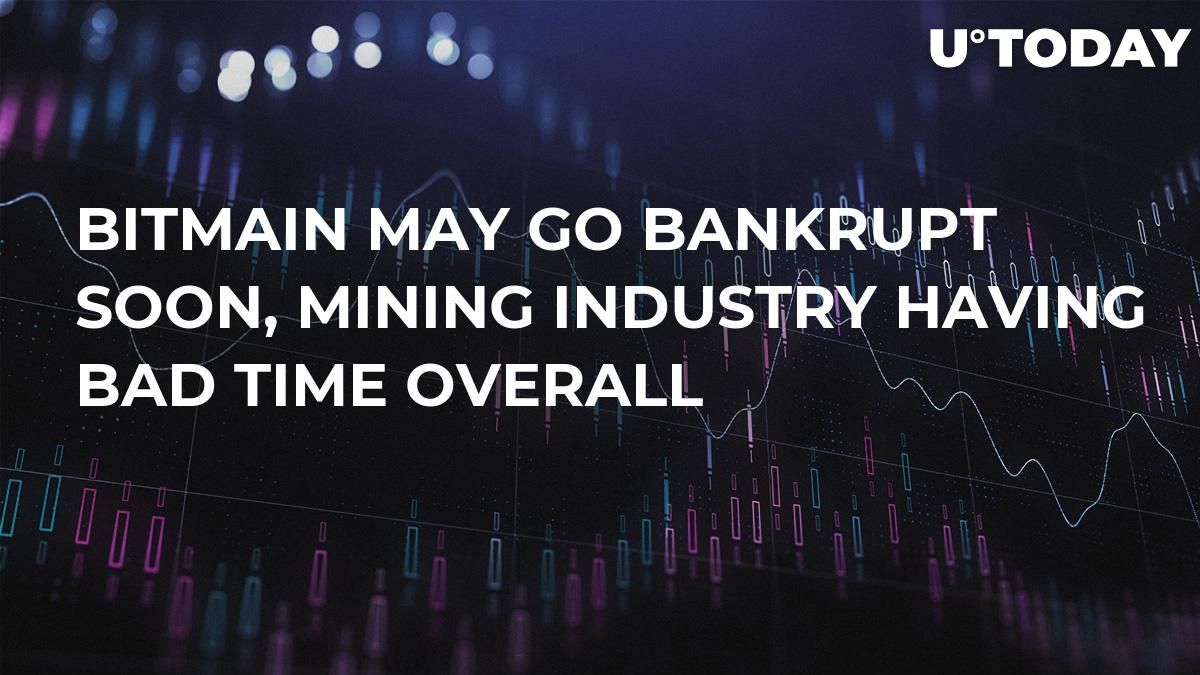 Leading Chinese editions are reporting that Bitmain, the leader in the crypto mining industry headed by Jihan Wu, may crush to bankruptcy within several months. The reasons for that that the reports cite are inventory losses, regular unprofitable investments in Bitcoin Cash (BCH), lack of market expansion for its AI division and no revolutionary or even simply new mining gear released lately.

In Q1 2018, the mining giant reported profits of $1.1 bln. However, its well-known competitor Nvidia provided documentation confirming their Q1 income being $1.2 bln.

The main reason for Bitmain’s financial losses is its investments in Bitcoin Cash, the asset, whose active supporter is Jihan Wu.

The company has been putting money into this coin, despite the fact that since it had reached its all-time maximum, BCH has also lost almost 90 percent of its value. Bitmain also lost– around $328 mln on investment into this asset.

In August, the world saw a report by BitMEX Research which shared details of the upcoming Bitmain’s IPO which the miner planned to conduct on the Hong Kong Stock Exchange.

The media actively spread rumors that giants like Tencent and Softbank were planning to support Bitmain during its rounds of investment, this fact drew a lot of attention to the mining heavyweight. However, later this all proved fake news and Tencent openly stated that to the press.

No innovative mining chips of late

One more important reason for the possible financial failure of Jihan Wu’s company is the fact that recently it has developed no innovative product for the mining industry.

Bitmain has been sitting on its ASIC miners, selling them with regularity and in such amounts that can certainly be appreciated and respected. However, no ‘killer product’ has come from its factories for quite a long while.

Competitors are catching up

Two other large mining gear producers are planning an IPO soon– Ebang and Canaan Creative. Performing a public offering would give them funding advantages and expand their presence in the market.

Related
How to Prevent Attackers From Hacking Blockchain Nodes: Professor of Cryptography Opinion

Besides, there is a new promising competitor of Bitmain that U.Today has recently reported about– Bitewei, founded by a former Jihan Wu’s employee. Experts believe that this mining firm from Shenzhen, China, may come up with a revolutionary mining gear in the near future.

The general bearish trend that is currently dominating the market is also having a bad impact on Bitmain’s profits. Not to mention that now the whole mining industry is having a hard time– due to low prices of crypto mining equipment is unprofitable to buy and almost impossible to sell.

Besides, big countries, like China, are prohibiting crypto mining and the fact that the ‘minting’ of crypto coins takes huge amounts of electricity are making it difficult for the mining industry to develop and prosper.