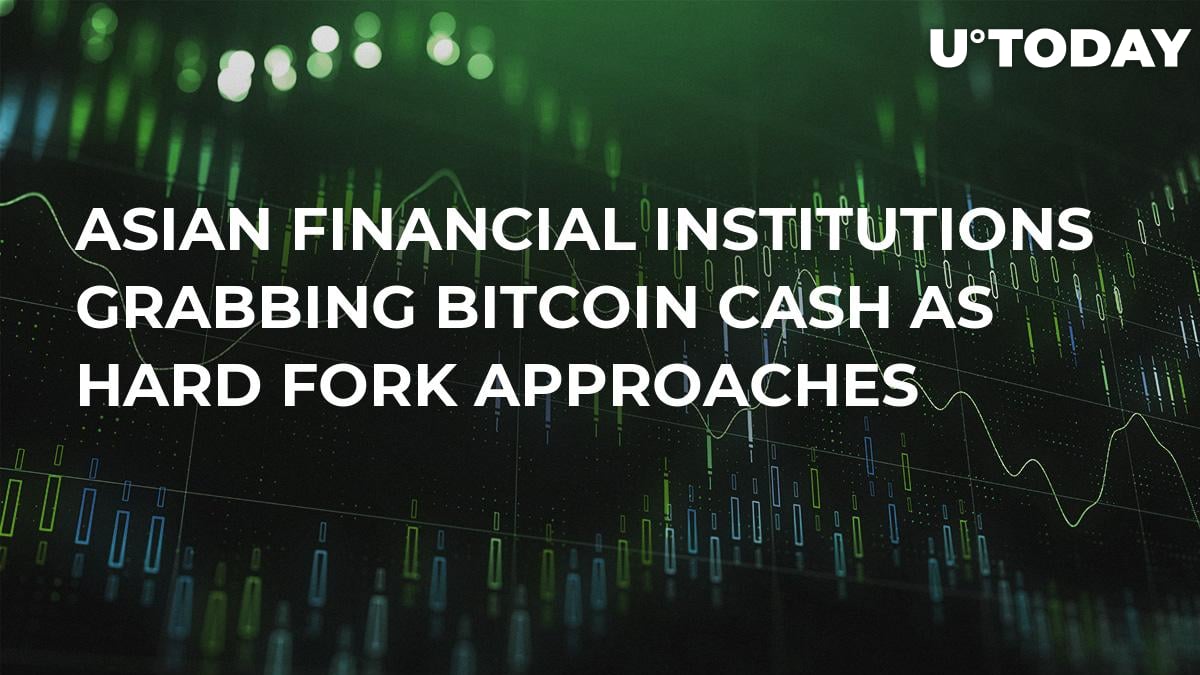 As usually happens with hard forks, the holders of the splitting coin are rewarded with the new one at a rate of 1:1. This is making investors in Asia now run around buying Bitcoin Cash, whose chain is about to split in two days. They hope that the prices of the two coins together will be higher than the current BCH rate.

The head of markets for Kenetic Capital, James Quinn, said in an interview that even several large financial companies are also buying huge amounts of Bitcoin Cash since the interest in this currency has greatly increased, especially over the last couple of weeks.

Quinn also pointed out that, for institutional investors, crypto hard forks look similar to a special dividend or stock split. For this reason, they are buying BCH — which is about to be upgraded — in hopes of multiplying their usual profits.

Related
Bitcoin Cash Retreats From Its High Ahead of Hard Fork

CoinMarketCap confirms Quinn’s words, showing that the amount of daily trades with BCH has surged since the start of the month. Since November 1, it sharply grew from $1.4 bln by over 6 times.

A week ago, this rising interest made the BCH rate grow to almost $640. But later, the coin slightly dropped down to $500. Still, the coin’s price is 10 higher than the average rate in October.

Looking back at the issue, BCH has been having hard forks approximately every half-year since it came into existence through a BTC hard fork itself. However, those forks were not significant, unlike the approaching chain split that actually threatens to divide the BCH community in two.

The first camp of those who are holding to the existing BCH chain are calling themselves Bitcoin ABC, and they want the block size to remain at 32 Mb. The second group is the fork supporters headed by Craig Wright, who is famous for stating he is Satoshi Nakamoto. This group intends to upgrade and enlarge the block size to 128 Mb.

Last week, several large crypto exchanges — such as Huobi, Binance, Bitfinex, etc — announced their support for the future hard fork of Bitcoin Cash. Apparently, they are attracted by the increasing trading volume of BCH.

Experts say that a similar craze took place in the summer of 2017 when BCH was splitting from Bitcoin.