Darryn Pollock
Bitcoin Cash’s recent boom is based around an upcoming fork, but this one is being backed rather than shunned by a lot of prominent exchanges 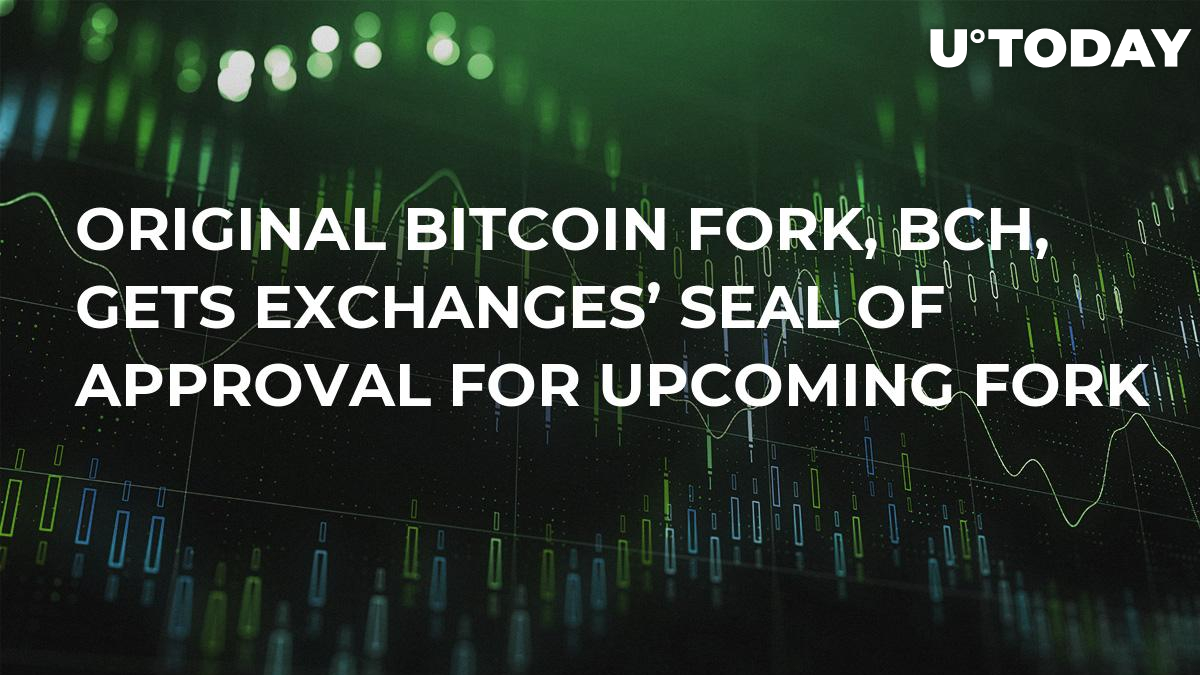 During this time of low volatility and steadiness across the cryptocurrency markets, Bitcoin Cash has been rolling impressively. The original Bitcoin fork, that is now over a year old, is preparing for another fork in the near future, promoting a buying phase.

The price of Bitcoin Cash increased by nearly 40 percent over this past weekend, and it has also seen huge increases in its trading volume, which is up almost seven-fold. It managed to move its trading volume from less than $200 mln to $1.4 bln.

An interesting thing about this forked currency’s latest fork is the type of support it is garnering now, more than 12 months on from its creation. When Bitcoin Cash first emerged onto the market, there was a lot of doubt and skepticism surrounding it, and support from exchanges was limited and muted.

This time around, the controversial fork has already got the sign of approval from the likes of Binance and Coinbase as well as hardware wallet Ledger, saying it would support the dominant chain.

A boom before the fork

It is nothing new to see a cryptocurrency to boom in price just before a hard fork is brought to the fore. A lot of this has to do with investors receiving equal amounts of the newly forked cryptocurrency from their original BCH hoard.

So, the rally around the Bitcoin Cash fork has probably a lot more to do with greed and the chance to receive a free bounty of the newly forked currency than anything else, but it is helping the Bitcoin hard fork gain back some of the losses it has suffered since its inception. The Bitcoin Cash price is currently around $560, up from the last week’s lows of $415.

But, the level of this price boom, as well as the increase in trading volume, probably has a lot to do with the support that has been garnered from major exchanges and hardware wallets.

On Friday, the world’s largest crypto trading platform Binance announced its continued support during Bitcoin Cash’s upcoming hard fork, as did the USA’s Coinbase. Hardware wallet Ledger is going to support the dominant chain, too.

It is in stark contrast to Bitcoin Cash’s original fork from Bitcoin how much support is being given this time around. The likes of Coinbase and others were initially disparaging to Bitcoin Cash and then made a surprising decision to support the cryptocurrency.

Coinbase’s decision to suddenly support Bitcoin Cash came with a bout of criticism for market manipulation, but this time around, they have suggested support even before the fork expected on Nov. 15 has taken place.

Forks can occur twice a year as part of planned protocol upgrades. But this fork is somewhat different from the usual upgrades as there is a competing proposal that is not compatible with the original roadmap of Bitcoin Cash from bitcoincash.org.

There are two competing clients in this arena: that of Bitcoin ABC and nChain. Bitcoin ABC, the most used Bitcoin Cash client, has proposed a non-scheduled change to Bitcoin Cash. It claims it will make the currency more scalable and usable as well as open doors for non-cash transactions on the Bitcoin Cash Blockchain. They also do not want the blocks to change from their current 32mg.

On the other hand, nChain wants to avoid canonical transactions and raise the block size to 128 MB. nChain has the support of US-based Coingeek which has around 21 percent of the mining power, while Bitcoin ABC has Bitmain at its back with 18 percent of the hash rate.

It will now be about rallying the rest of the hashing power on either side of the debate to see which fork of Bitcoin Cash survives with what planned changes to its protocol.