Valeria Blokhina
Stay tuned for the latest events in the crypto world with U.Today’s news digest! 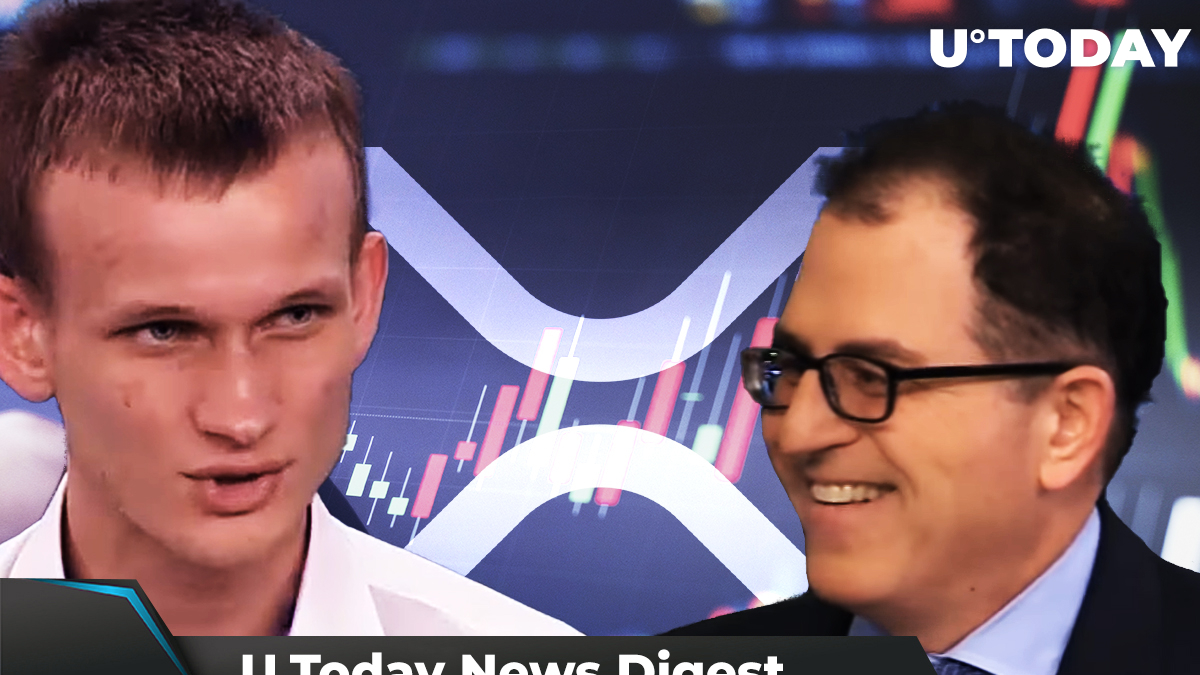 Here are the main news stories from the crypto industry over the weekend.

According to CoinMarketCap, on Sunday, the Ripple-affiliated cryptocurrency, XRP, surged to the $1.22 level, demonstrating over 13% growth. After dropping to the $1.13 mark on Saturday, XRP resumed its growth and is currently trading at $1.15. Some members of the XRP community attribute this surge to the recent developments in the SEC v. Ripple case.

In his recent comment on r/CryptoCurrency, Ethereum co-founder Vitalik Buterin called El Salvador’s approach to adopting Bitcoin “reckless.” In Buterin’s opinion, pushing businesses to accept any cryptocurrency contradicts the main principles of the industry. The programmer adds that Salvadorans’ lack of education makes them easy prey for hacks and scams. Buterin then criticized Bitcoin maximalists for being easily swayed by powerful allies, which was not left unnoticed by the Bitcoin community; they reacted by calling the Ethereum co-founder “salty” and hypocritical.

Despite the ongoing Bitcoin craze, Dell Technologies CEO Michael Dell does not seem to be looking into it. The American businessman told DealBook that he was going to pass on the flagship cryptocurrency. However, Dell believes that blockchain, the technology at the core of Bitcoin, is actually “underrated.”

Curiously, back in July 2014, Dell became one of the first major companies that started accepting Bitcoin for its products and later expanded the new payment option worldwide. Yet, it was not for long; in October 2017, Dell stopped supporting Bitcoin due to “low demand.”

Doge co-founder Billy Markus hints at the prospects of Dogecoin

Beanie Babies toys have become the subject of a recent tweet by Dogecoin co-founder Billy Markus. He talked about the toys surging in price from zero in 2007 to much higher in 2021. Now, these plush animals are sold for “tens of thousands of dollars.” Markus ended his tweet by saying, “No one knows the future price of anything, folks,” thus hinting at the prospects of Dogecoin. The DOGE co-founder is not sure, though, if anyone is buying these toys.

Ethereum 2.0 Merge is activated in the Interoperable devnet

Ethereum developer and researcher Ben Edgington has announced that “The Merge,” an upgrade that replaces the PoW consensus behind Ethereum blockchain with a PoS one, is live in devnet. Its devnet is interoperable as it interacts with different implementations of Ethereum 2.0. From now on, ETH2 enthusiasts can experiment with instruments of transition to Ethereum 2.0. Thanks to "The Merge," Ethereum 2.0 becomes "fully" activated and opens the road to sharding. This event will take place around Q1/Q2 of 2022.