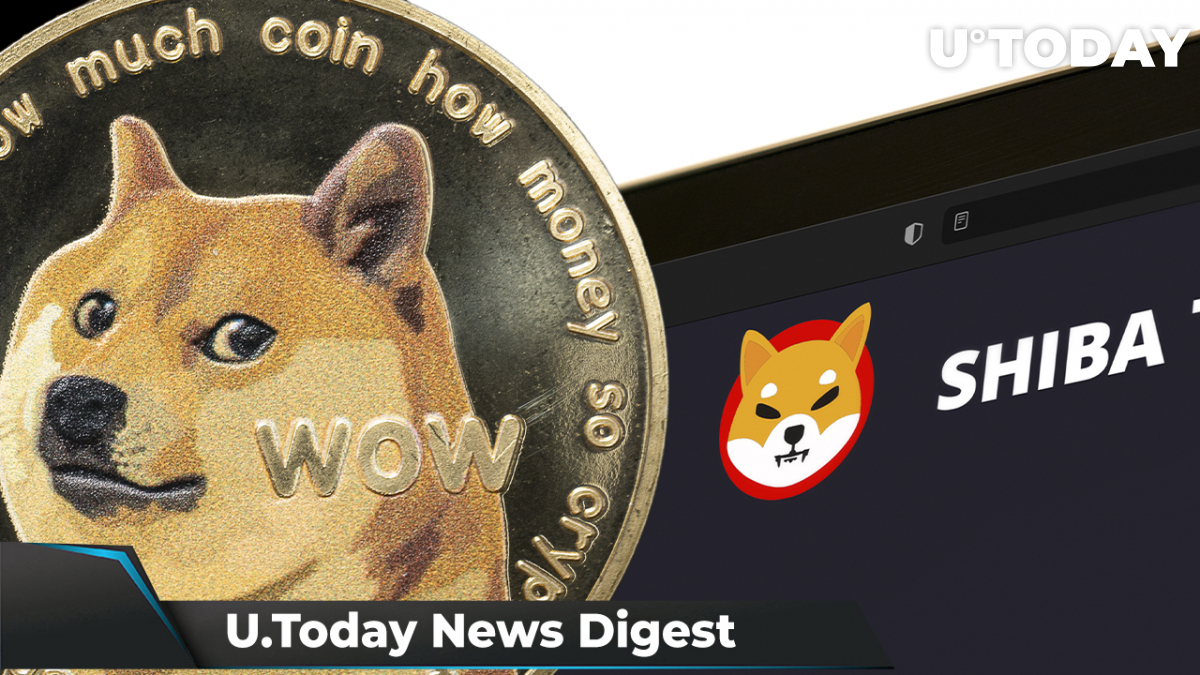 U.Today provides you with an overview of the past weekend’s crypto events with the top four news stories.

After being listed by Robinhood trading platform, Shiba Inu received a lot of attention from investors, including the biggest of them, known as whales. According to WhaleStats data, on Saturday, the fifth largest Ethereum whale, dubbed "BlueWhale0073," has purchased 223 billion SHIB, which constitutes $5 million in fiat equivalent. At the moment, SHIB also ranks among the top 10 purchased tokens for the 2,000 biggest ETH whales.

Billy Markus, creator of the Dogecoin meme cryptocurrency, has recently posted a bold prediction about DOGE reaching $1 on his Twitter account. While the post seemed to encourage some newbies in the crypto field, Markus quickly added that he meant the Hong Kong dollar and not the U.S. dollar. Some investors were displeased by the satirical nature of the tweet, expressing their frustration with Dogecoin's market performance during the last 300 days, as the coin is mostly losing value now instead of gaining it.

Galaxy Digital researcher Christine Kim has taken to Twitter to share some details of Ethereum's All Core Devs Meeting #136 that took place on April 15, 2022. During the conference, top ETH developers discussed the next phases of pre-Merge testing and the Shanghai upgrade. They decided to organize updates on Goerli testnet and Ethereum's mainnet this week, to fork Ropsten testnet and then the Goerli and Sepolia networks. Apart from that, ETH core devs will no longer accept proposals for Shanghai, the first-ever hardfork of the post-Merge network. As for The Merge’s timing, no updates were reported, but  Q3, 2022, still remains the target.

Thanks to the unexpected listing of Shiba Inu by Robinhood, whale activity around the coin has significantly increased. Since large addresses were actively buying the token, this caused increased usage of the Shiba Inu smart contract, which made it the most used smart contract among the 2,000 largest Ethereum wallets. In addition to increased usage, Shiba Inu's market and on-chain metrics are skyrocketing as well, with the average balance on whale addresses growing to 2.36 SHIB tokens and volume rising by 436% to $53 million.