Valeria Blokhina
Take a closer look at what’s happening in the world of crypto with U.Today’s news digest! 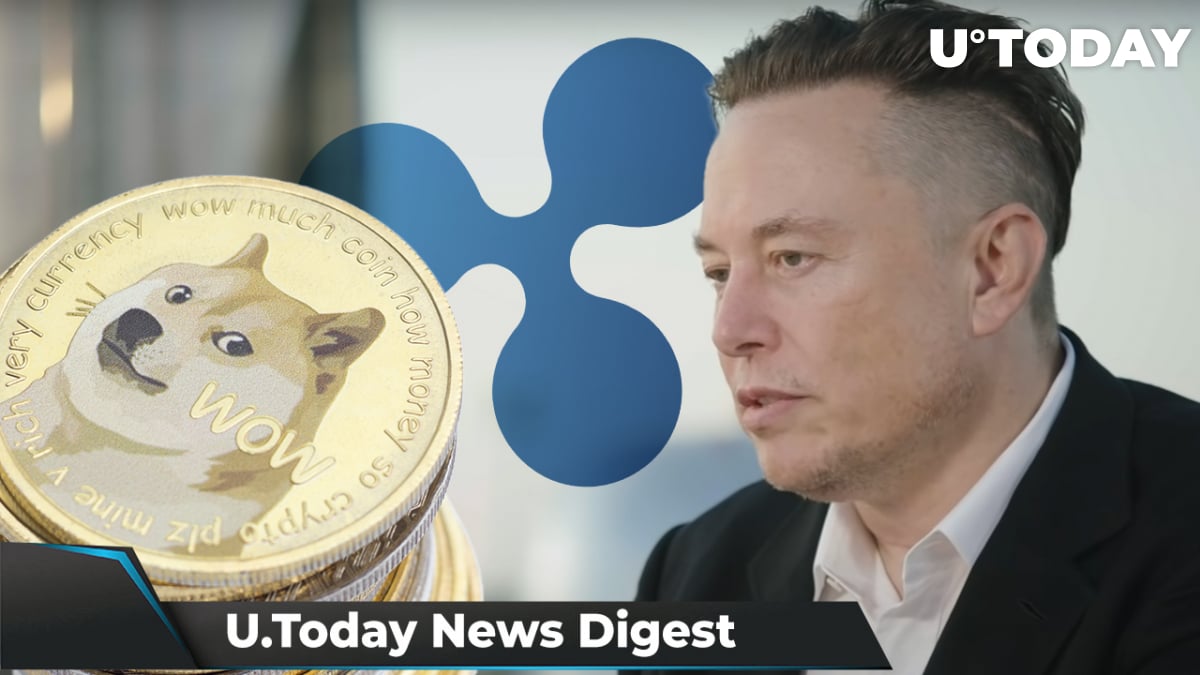 Here are the top four news stories presented to you by U.Today.

Shiba Inu, along with other several cryptocurrencies, is now accepted by Rappi Mexico delivery app. To support the new service, Rappi has partnered with cryptocurrency providers Bitpay and Bitso, which will allow users to convert crypto into credits and use them to make purchases within the app. This recent act of meme cryptocurrency adoption has not been left unnoticed by SHIB supporters, including @shibainuart, a well-known SHIB community-dedicated Twitter user, who wrote that the initiative will grant more support for the canine coin.

Elon Musk has yet again helped his favorite meme cryptocurrency, Dogecoin, rise after he offered to buy 100% of Twitter shares at $54.20 per share. The price of DOGE reacted by going up nearly 6%, printing two big green hourly candles on charts. The centibillionaire decided to buy Twitter for $41 billion in cash since he sees great potential in turning the microblogging company into a platform for free speech around the world. At the moment, Twitter is considering Musk’s offer. If it is rejected, the Tesla CEO stated that he will have to reconsider his position as a shareholder.

Here's what portended Ethereum bounceback above $3,100

To the great delight of Ethereum holders, on April 13, the price of the second biggest cryptocurrency staged a comeback above the $3,000 level from the $2,950 zone, moving on to recover at the $3,140 mark. Santiment crypto analytics service suggested that the reason for this is traders starting a heavy selloff when ETH reached the bottom. At the moment, Ethereum has taken a small dip, trading at $3,031 per coin, according to CoinMarketCap.

Jeremy Hogan, an XRP-friendly attorney, recently shared the news about his colleague Fred Rispoli filing a class action against former SEC officials Jay Clayton and William Hinman on behalf of Shannon O'Leary and XRPL users. Former SEC Chairman Jay Clayton has been criticized for his handling of cryptocurrency concerns while in office. He previously said that Bitcoin was not a security, which caused its value to rise. Clayton's term at the SEC ended with the filing of the SEC's case against Ripple. Following this, the nonprofit Empower Oversight began an investigation into SEC officials William Hinman and Jay Clayton for suspected cryptocurrency conflicts of interest.