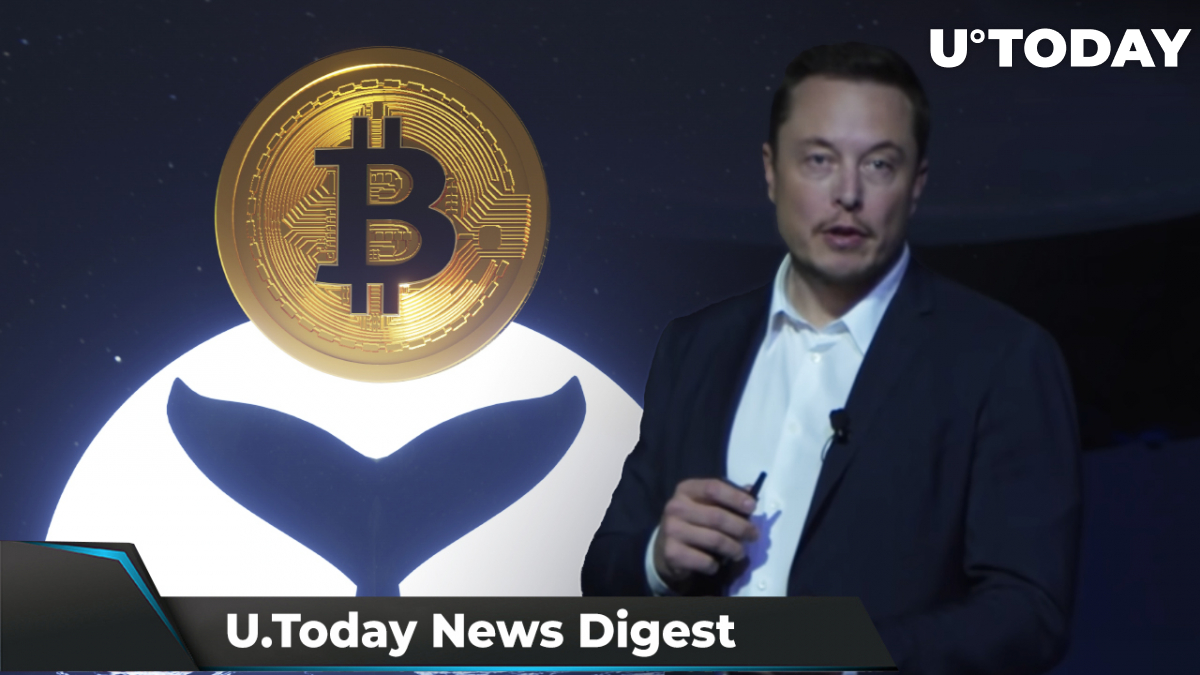 Here are the top four news stories over the past day:

No matter how hard it is to believe, even billionaires have bad days. According to the Bloomberg Billionaire Index, Elon Musk's personal net worth has plummeted by $35 billion in just one day. The size of his loss equals the entire market cap of meme cryptocurrency Dogecoin. Musk’s net worth dropped after Tesla shares plunged 16% this week.

Here’s who is actually holding 51% of SHIB supply

After Twitter users noticed that 51% of the total SHIB supply is being held in one wallet, one cannot but wonder what the history is behind this mysterious address. In fact, it is a "burn wallet" designed to take a portion of the supply out of circulation for whatever reason. Since the burn wallet cannot be accessed by just anyone, funds sent there cannot be refunded or used in any way.

According to Whale Alert, after being dormant for over eight years, a cryptocurrency wallet containing 2,207 Bitcoins (about $150 million) has become active. Back then, those coins were worth $294,287, meaning that their value increased by a whopping 51,044% over the aforementioned period of time. The wallet has transferred $129 million worth of Bitcoin, allegedly wishing to secure massive gains during Bitcoin’s ongoing rally. Another reason might also be that after losing access to the address, the holder has managed to recover the mnemonic phrase only now.

As reported by The Economic Times, the governor of the Reserve Bank of India, Shaktikanta Das, expressed his concern regarding the influence of cryptocurrencies on the country's financial stability. He shared his worries with the government and stated that, in his opinion, the number of participants in India's cryptocurrency industry is “somewhat exaggerated.”

Last month, Das was reappointed as the RBI governor for three more years.