Arman Shirinyan
Altcoins are showing some strength against first cryptocurrency 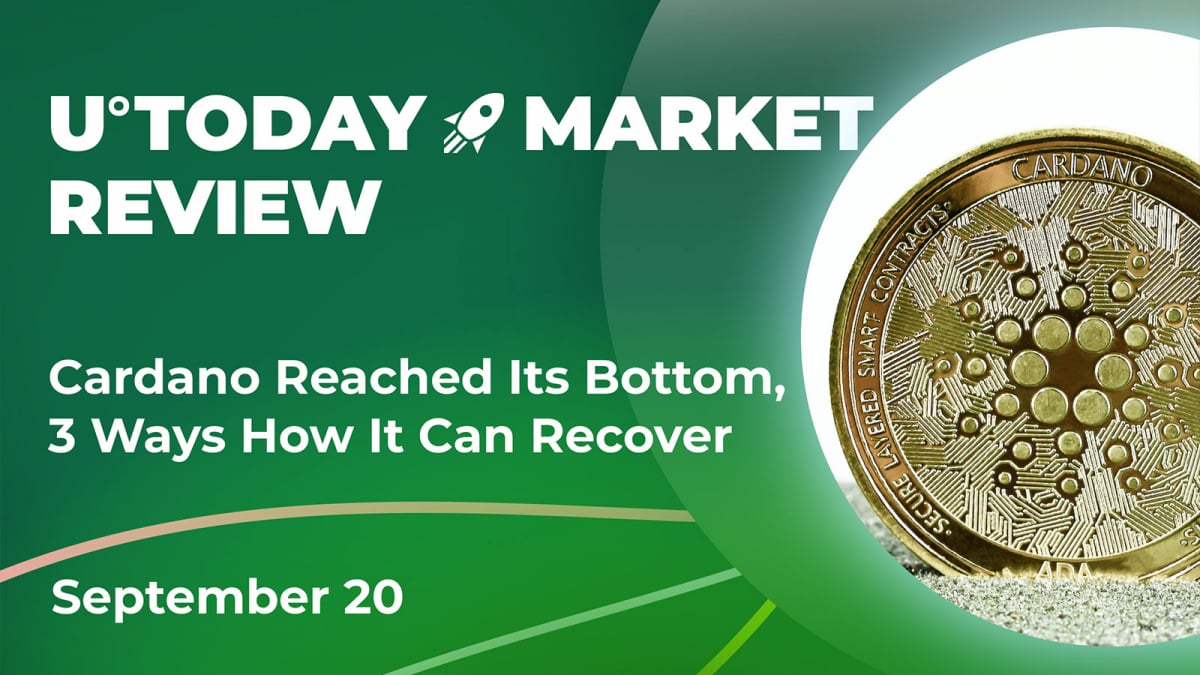 The cryptocurrency market remains in a heavy knockout following the massive correction that began after the successful Merge update. The Merge sent most digital assets to their local lows we saw back in June. Luckily, some assets, like Cardano, are showing a lot of strength against Bitcoin, which is a mandatory requirement for a reversal against USD.

In September, ADA broke through the upper border of the ascending triangle against Bitcoin, which should have led to a volatile and liquid rally against the first cryptocurrency. Unfortunately, the fundamental factors we have mentioned before prevail over speculative interest, which is why a reversal did not happen.

Additionally, Bitcoin's strengthening is a bearish signal for altcoins despite increased inflows into the industry in general. Previously, we mentioned that the first cryptocurrency will most likely start moving upward as dominance on the market reaches the lower border of the range.

Despite the prediction made recently by prominent analyst and creator of one of the biggest derivatives trading platforms on the market, Arthur Hayes, Ethereum is rapidly losing most of its value after the successful switch to the PoS consensus algorithm.

The main reason is the unexpected influx of regulatory pressure considering the fundamental shift in Ethereum's structure that makes it look like a security. In all fairness, Ethereum's validator does act like a shareholder, and a potential 51% attack is intrinsically the same as being a majority shareholder.

However, the short-term picture is mostly fueled by the lack of inflows into the market, and strict monetary policy has nothing to do with Ethereum's future potential as the Merge changes the way the network works in general.

Long-term predictions from various financial institutions and experts like Hayes remain bullish, as Ethereum's staking options may actually become a blockchain-based alternative to bank deposits in the future.

Despite the recovery from $18,200 back above $19,000, Bitcoin's placement on the market is still problematic as the digital gold isfacing an enormous macro pressure that may get worse tomorrow if the Fed proceeds with a 100 bp rate hike after unexpectedly high inflation numbers.

Related
Crypto Market May Rally on September 21, Here's Why

Unfortunately, the Ethereum Merge did not bring tons of inflows to the cryptocurrency market, which is why the lack of momentum is something one would easily expect after the strongest tightening of monetary policy in the United States in the last 20 years.

The U.S. dollar's movement is yet another confirmation of this thesis as the currency shows strong performance against foreign currencies, which is another factor that pushes the price of the first cryptocurrency down today.

At press time, Bitcoin is trading at $19,000 and actively testing the psychological support level which, if broken, might be the start of yet another correction below June's levels.