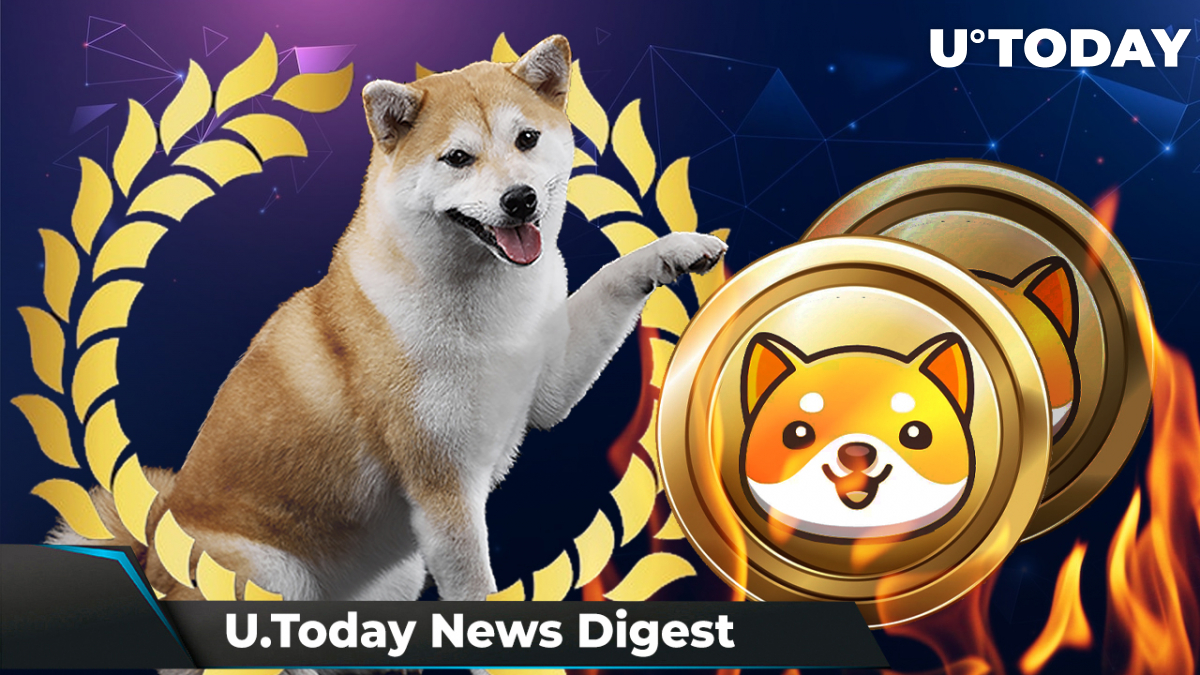 Per CoinMarketCap, yesterday Shiba Inu demonstrated one of the biggest and strongest retraces on the market as it spiked more than 15%. Thus, the canine coin appeared in sixth place as the most rapidly growing asset, surpassing such cryptocurrencies as Ethereum and Cardano. This strong growth could be explained by the attractiveness of assets with relatively low capitalization and liquidity, as they tend to give greater returns during short-term market bounces. In addition to this, SHIB is getting support from constant burning events like the most recent Amazon-powered burn of approximately 70 million meme tokens. Despite a relatively low USD value of burned tokens, the SHIB burning event still attracts a lot of attention from retail traders and investors.

According to the BabyDoge tracker account @babydogeburn_, on Tuesday, June 21, nearly 3 quadrillion Baby Doge Coins have been burned within merely one hour. This has been done as part of the plan to destroy 50 quadrillion BabyDoge. Even though the sum might seem impressive, the amount of the annihilated tokens is worth only $4,056, according to BabyDoge coin’s exchange rate at the time. The initial supply of BabyDoge totaled 420 quadrillion, but after recent Burns, it has been reduced twice down to about 232 quadrillion canine tokens. BabyDoge coin is currently changing hands at $0.000000001397.

Input Output, lead Cardano developer, has announced that the launch of the Vasil Hard Fork has been postponed to late July. As stated by Nigel Hemsley, head of delivery and products, the much-anticipated upgrade “should not be rushed.” Since quality and security are of "paramount" significance, the development team wants to make sure that everything will be delivered correctly. As reported by U.Today, rumors about the delay started circulating a few days prior to the official confirmation. The hard fork is expected to dramatically improve the network’s scalability and has been the most complex program of development to date.

Fifteen of Terra's former and current workers are reportedly prohibited from leaving South Korea, where a criminal investigation is ongoing, as prosecutors look into the recent enormous collapse of Terra's LUNA and UST. South Korean news agency Yonhap reports that 15 high-profile employees are restricted from travel out of the country and may be invited for interrogation. Yonhap’s source refused to share, though, where the investigation stands now or how many of those Terra employees have been questioned already. However, the source stated that "departure bans are normally imposed" in situations like this. As of now, Terra has received no comments on that.