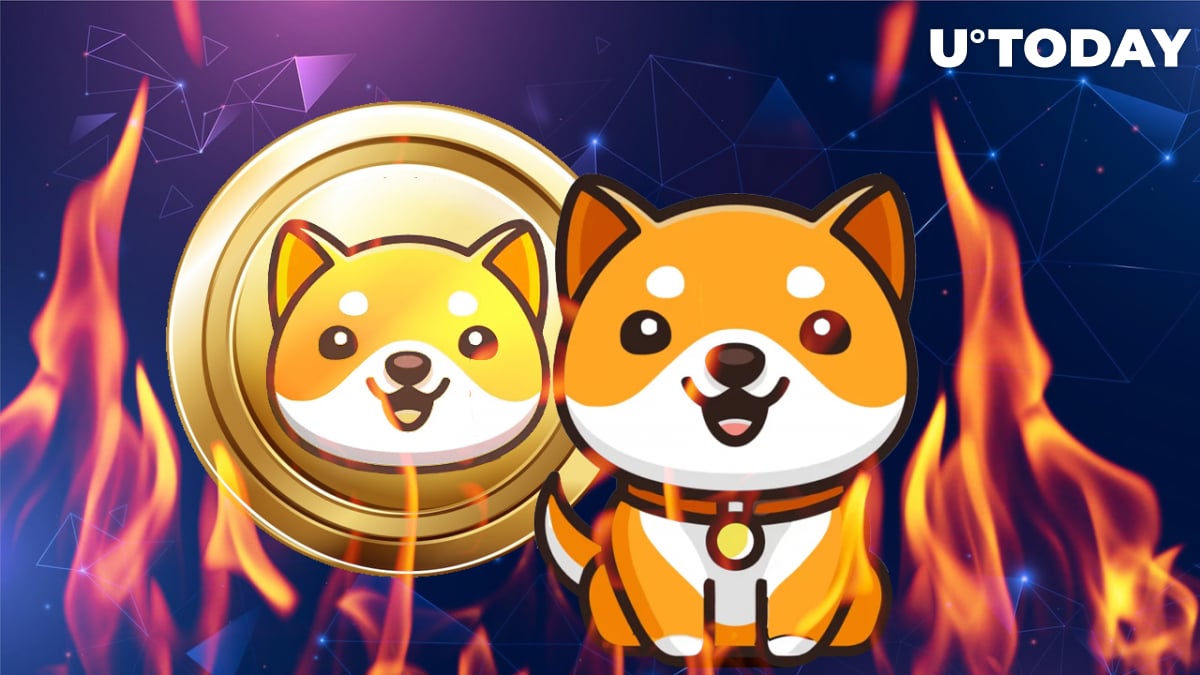 BabyDoge community has announced that nearly 3 quadrillion Baby Doge Coins from the circulating supply of the meme token have been burned as part of the plan to annihilate 50 quadrillion BabyDoge.

BabyDoge tracker account @babydogeburn_ has tweeted that a staggering amount of 2,880,434,321,993 BabyDoge has been sent to an unspendable wallet and out of circulation within merely one hour.

Despite the impressive figure, this sum of the meme tokens is worth roughly just $4,056, while the coin is changing hands at $0.000000001408. Over the past 24 hours, it has demonstrated a ten percent surge, as per data provided by CoinMarketCap.

The initial supply of BabyDoge totalled 420 quadrillion but after recent burns it has been reduced twice down to about 232 quadrillion canine coins, inspired by Dogecoin and Shiba Inu dog breed.

On June 3, U.Today reported that the BabyDoge community voted for an acceleration of token burns and decided to reduce the current supply by another 50 quadrillion. However, this decision was made regarding tokens circulating on Ethereum and there is no data whether and how much BabyDoge would be burned on the original Binance Smart Chain network.

During the first two days of this month, they burned 6 quadrillion tokens, later several other large burns followed.