3 Reasons Why Dogecoin Is Over 12% Up Today

Yuri Molchan
The most popular meme cryptocurrency shows 12 percent growth, here are the possible reasons for it 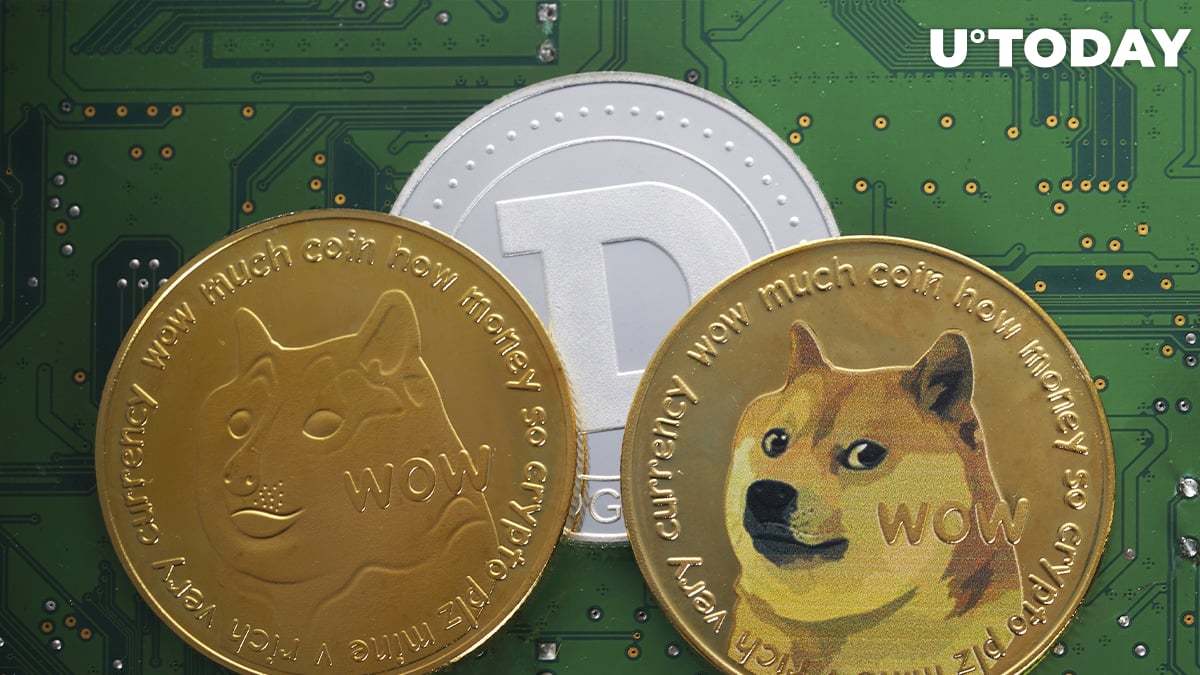 The favorite meme cryptocurrency of Tesla CEO Elon Musk, Dogecoin, has demonstrated a rise of over 12 percent in the past 24 hours, according to data provided by the CoinMarketCap service.

Several reasons are likely behind this growth of DOGE that was posted after a period of decline.

As reported by U.Today on Sunday, the eccentric centibillionaire posted another meme that mentions Dogecoin. This time, it was based on the popular movie by the Wachowski (back then brothers, now sisters), directors who put Keanu Reeves on the list of Hollywood stars and highly paid actors.

In the meme, Morpheus tells Neo that he should forget making a lot of money on DOGE since Dogecoin is already money.

This was not the first time that Elon Musk, a fan of memes and Dogecoin, has referred to the iconic "Matrix" movie.

Earlier today, the largest cryptocurrency by market cap value staged a major recovery. Bitcoin rose above the $39,000 level on the Bitstamp exchange; $39,850 is the highest level seen since June.

Bitcoin has managed to do that thanks to Amazon preparing to start accepting Bitcoin and a few other top-line cryptos in the near future, according to data shared by an insider.

Besides, Bitcoin bears were defeated when a massive short squeeze occurred and $929 million worth of short positions were liquidated since Sunday.

Besides, Tesla, Musk and SpaceX are holding tightly onto their Bitcoin holdings, according to Musk himself, who talked about Bitcoin with Jack Dorsey and Cathie Wood (CEO of ARK hedge fund) on Wednesday of last week during the B-Word Zoom conference.

Dogecoin, as well as the other top 10 cryptocurrencies, are going up, following Bitcoin.

The news of the e-commerce behemoth preparing to accept crypto has had a massive impact on the crypto community.

According to the insider, after integrating Bitcoin payments, the company plans to add Ethereum, Cardano and Bitcoin Cash to its payment options.

Last week, it was also reported that Amazon published a vacancy searching for an expert in blockchain and cryptocurrencies.