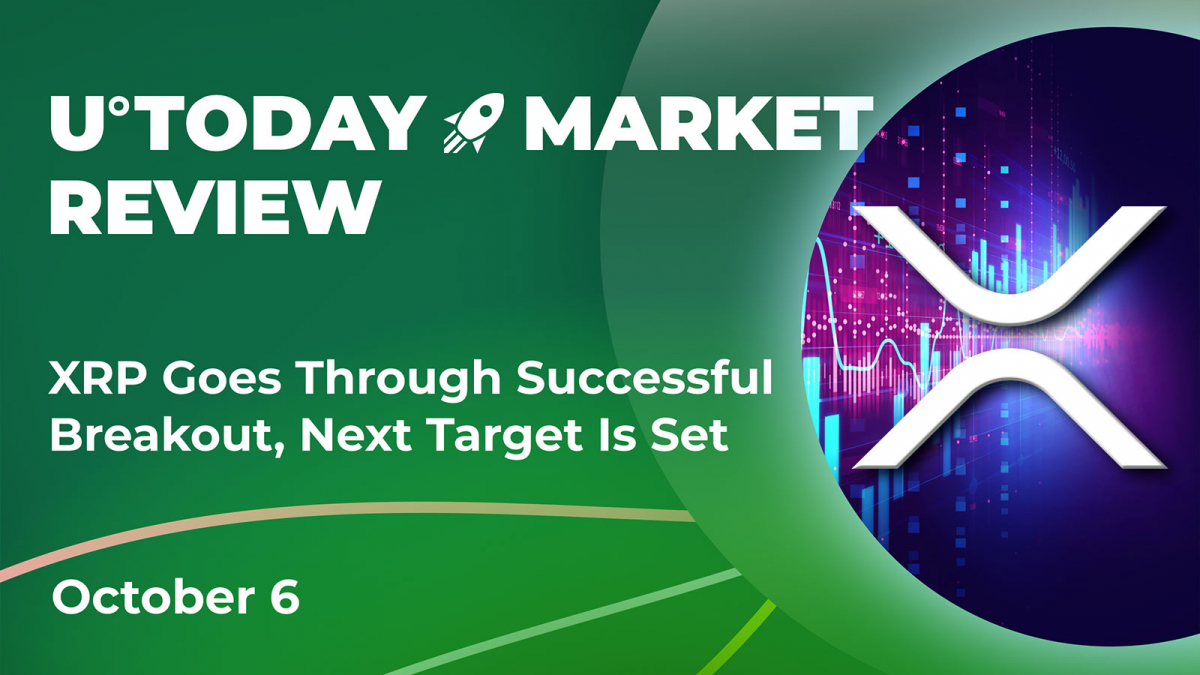 The storm on the cryptocurrency is calming down as most assets are entering a prolonged consolidation period, which brings promiscuous performance across the industry with some exceptional cases like XRP or Uniswap.

The symmetrical triangle on XRP we mentioned in our previous market reviews have been finally broken as, now, the asset is moving toward the next resistance level on the chart. The formation of the pattern was a necessary condition for the continuation of the rally toward the next target at $0.65.

Whenever assets go through volatile price spikes, they fall into corrections or consolidations shortly after in order to "cool down." The scenario XRP went through is similar to a textbook definition of an uptrend: assets go through a volatile price increase, enter consolidation in the form of patterns or rangebounds, and then form another "leg" upward.

Thankfully, it did not take XRP too long to continue its movement upward, and the asset successfully calmed down in less than three weeks. According to ascending volume profiles, we will see the continuation of the rally in the foreseeable future. However, it is important to note that XRP is highly dependent on the general market sentiment and will most likely tumble down if Bitcoin and other assets face significant selling pressure all of a sudden.

Bitcoin is not beating 50-day EMA

Unfortunately for the support of the first cryptocurrency, Bitcoin has been unsuccessfully battling the 50-day moving average resistance for the third day in a row now and is failing to break through.

Related
Bitcoin Now Costs $12,500 at This Trust, And You Can Even Buy It

The lack of trading volume and inflows from large retail or institutional investors is keeping digital gold away from entering a reversal trend. According to CoinShares' data, in the last few weeks, the cryptocurrency market has been getting less than $10 million in inflows from institutional investors, which shows the lack of demand for crypto market exposure. Notably, the majority of existing inflows were directed into short Bitcoin ETFs, which is similar to shorting the asset via futures contracts.

In the last few weeks, Ethereum's price performance was far from ideal as the second biggest cryptocurrency on the market has been continuously moving down in value after the implementation of Merge.

Thankfully, in the last few days, Ether has been showing some positivity, gaining over 5% to its value and reaching the first significant resistance level on the chart. The next target for ETH should be around $1,500, as this price level would be the next stop for the asset if it successfully breaks the 50-day moving average resistance level that acts as a barrier ahead of its uptrend entry.