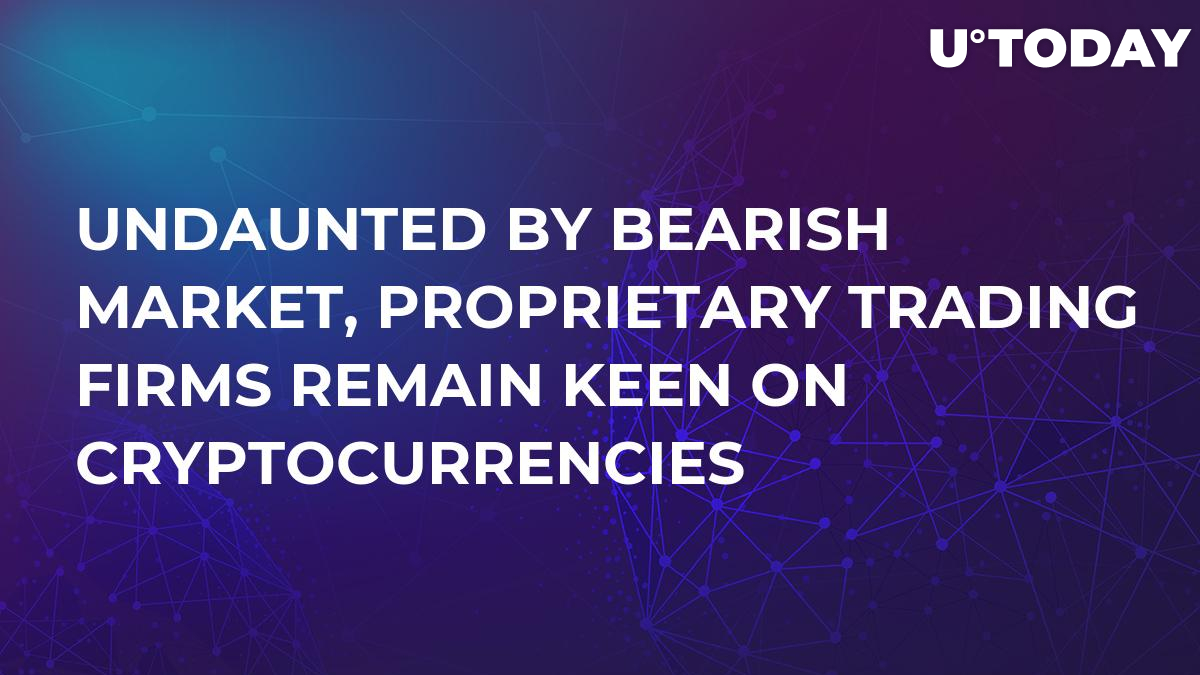 According to Financial Times, proprietary trading companies are fully diving into crypto despite its volatility. Many traders have long-term vision, believing in the bright future of the nascent asset class.

What’s behind the popularity with proprietary traders?

The city of Chicago is a major hub for proprietary trading that generates a lion’s share of trading volume on local exchanges. Since these firms lose their own money, they are usually restricted to short-term trading positions that might be closed within seconds or even microseconds. They are used to sharp price spikes, so it is hard to shoo them away by the volatile nature of cryptocurrencies. Traditional markets tend to be rather slow-paced, so many Chicago-based trading groups are turning to Bitcoin futures.

After being launched last December, CME and CBOE Bitcoin futures triggered a historic bull run that resulted in Bitcoin reaching its all-time high of $20,000. Since then, Bitcoin has taken a nosedive, plunging by nearly 70 percent. But here’s a paradox – despite the dwindling total market capitalization of the flagship currency, more are willing to trade cryptocurrencies.

Traders are not deterred by Bitcoin’s turbulent price swings since they place a long-term bet on the future of cryptocurrencies. For example, Jump, a Chicago-based proprietary trading firm, embraced cryptocurrencies two years ago. As of now, the company is trading over 10 digital assets as well as Bitcoin futures. They are not focusing on the price too much, exploring the market further. Jump’s director of direct digital asset trading Rob Sagurton is certain that cryptocurrencies are not going away anytime soon.

This vision is also shared by DRW’s crypto subsidiary Cumberland. Bobby Cho, the company’s global head of trading, also voiced his bullish predictions, saying that the volumes are lower now (compared to December’s peak), but things might be different in a long-term perspective.

The popularity of cryptocurrencies with proprietary traders also creates a huge competition in this niche. Even the San Francisco-based crypto giant Coinbase earlier announced its plans to open a Chicago office. However, since this new asset class is still in its infancy, rivaling traders tend to be more open about their ideas, organizing meetups and even conferences.