Valeria Blokhina
Stay tuned on the most important events in the world of crypto with U.Today’s news digest! 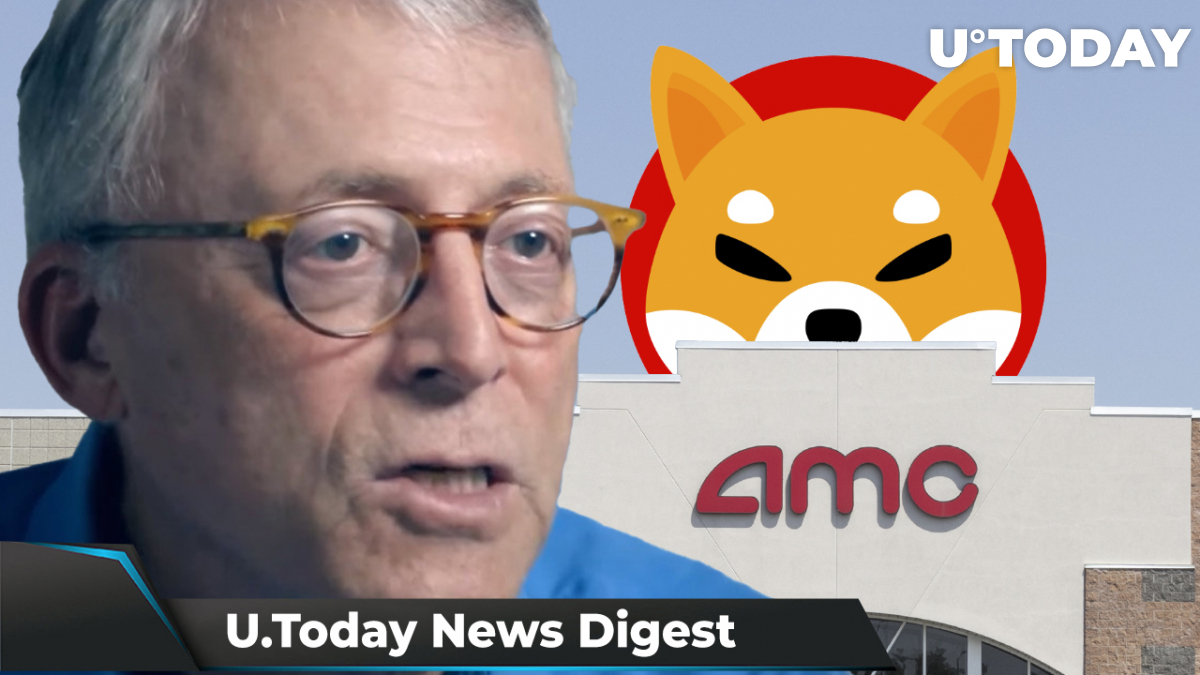 Here are the top four news stories over the past day presented to you by U.Today:

According to the official announcement by ZenGo, the first keyless noncustodial cryptocurrency wallet, its users are now able to trade and hold the Shiba Inu cryptocurrency. ZenGo’s head of communications, Ari Gore, said that the company is excited to support SHIB, since its community is “vibrant, creative and enthusiastic.”

ZenGo wallets are generated with the help of facial biometrics, which could solve the existing problems related to storing crypto.

The harsh comments of crypto enthusiasts have caused veteran trader Peter Brandt to quit posting on the topic of cryptocurrencies. After Brandt shared that he is interested in buying Bitcoin around $53,000, the crypto community assumed that he was calling the next Bitcoin move. After getting negative comments, Brandt announced that from now on he will focus on traditional markets, adding that the communities around them are more "adult."

AMC Theaters CEO Adam Aron has delivered great news for all Shiba Inu enthusiasts. According to his announcement, the cinema giant will start accepting SHIB payments in four months. Payment will be conducted with the help of Atlanta-headquartered crypto company BitPay. AMC will be the very first BitPay customer to accept Shiba Inu.

Yesterday was not the best day for Bitcoin. The flagship cryptocurrency plunged to an intraday low of $60,350 (the lowest level since Nov. 6), struggling to remain in the green this November. The second-largest crypto, Ethereum, has followed BTC, dropping to $4,249. Shortly after that, according to data by Coinglass, $287.84 million worth of longs have been liquidated.