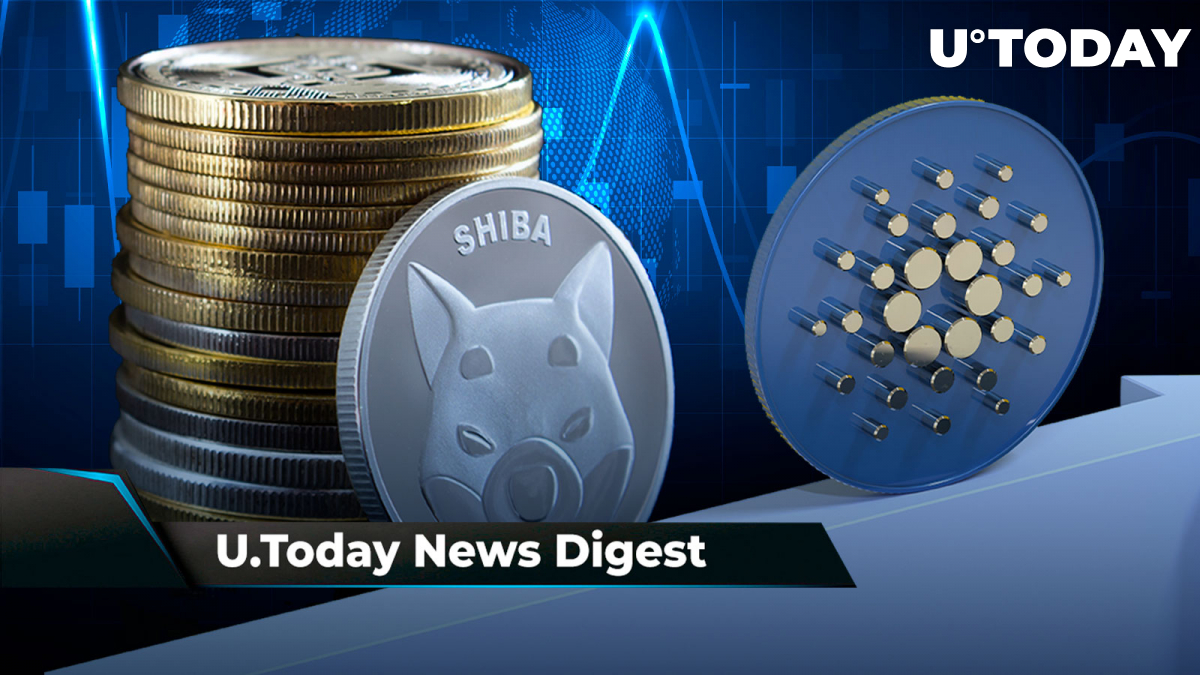 The SHIB community keeps growing day by day. On Friday, June 24, meme coin enthusiasts celebrated another significant milestone as the number of SHIB holders reached a new all-time high, approaching the two million level. This is growth by nearly one million within just a week from 1,182,817, which demonstrates that long-term interest in this digital asset remains stable and is even going up. Meanwhile, Shiba Inu returned as the biggest token by USD value. According to WhaleStats, Ethereum whales' SHIB holdings are now again above the $500 million level; their stashes are worth $525,200,856 of Shiba. This equals 13.55% of whales' total portfolio and 48,674,778,127,896 Shiba Inu.

Input Output, the company behind Cardano, has announced the release of Cardano node 1.35.0. As stated by the company, this is an “important milestone” on the road to the Vasil hard fork. At the moment, the development team is getting ready for the release of the Cardano testnet. The testnet update proposal will be submitted as soon as 75% of all stake pool operators get onboard, thus ensuring the required level of chain density.

Previously, the Vasil upgrade was postponed as the team wanted to make sure that everything would be deployed correctly. Originally planned to be launched in late June, Vasil is now expected in late July.

The Wall Street Journal reports that embattled cryptocurrency lender Celsius is facing potential bankruptcy. As reported by U.Today, the company halted all withdrawals two weeks ago, which greatly panicked the market. Deposits for about 500,000 users have been frozen. According to the article, Celsius has now hired more bankruptcy consultants from global professional services firm Alvarez & Marsal. On June 15, Celsius CEO Alex Mashinsky tweeted that his team was working “non-stop” to resolve the issue. Securities officials from five separate states have already started looking into the troubled cryptocurrency lenders.

According to @DogeWhaleAlert tracker, anonymous wallets shifted four large chunks of Dogecoin, the sum of which was 600 million meme coins. One of them moved 299,000,000 DOGE, and the other three carried 100,000,000 canine tokens each. The first lump of 299 million was moved to a top 20 wallet, and the rest of the DOGE was transferred to the Robinhood platform. As posted by the aforementioned DOGE tracker, at the moment, Robinhood app holds a total of 40,438,384,662 meme coins valued at $2,539,611,434. This comprises 30.48% of the total DOGE supply in circulation. To store these Dogecoins, the platform uses two known wallets, 3334959 and 1699275, on eight known addresses.