Yuri Molchan
Several massive lumps of Dogecoin have been sent to Robinhood, adding to its large DOGE balance 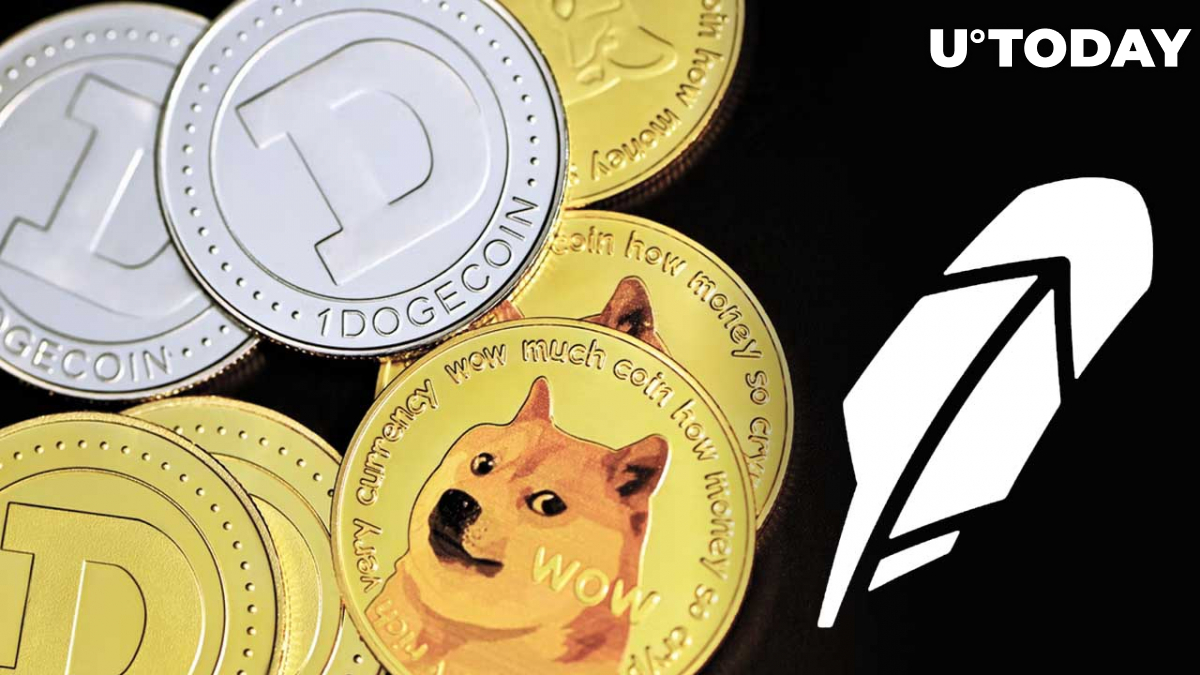 @DogeWhaleAlert tracker of Dogecoin transactions has detected four major lumps of Doge pushed by anonymous wallets. Half of those were sent to popular trading app Robinhood.

The tracker has also shared how much DOGE Robinhood holds in total these days.

600 million Dogecoin on the move

The aforementioned DOGE tracker has posted four tweets, indicating that 600 million Dogecoins have been sent by wallets marked as anonymous. One of them carried 299,000,000 DOGE, and the other three moved 100,000,000 meme coins each.

Thus, the first lump of 299 million was moved to a top 20 wallet. The rest of the Dogecoin were sent to the Robinhood platform that allows customers to trade stocks and crypto, including Bitcoin, Ethereum, Dogecoin, Shiba Inu and a few other coins. These transfers were made by Robinhood internally.

Fees here varied from 2 to 10 DOGE, which equal $0.13 and $0.63—which easily beats any bank or other traditional financial institution that deals with money transfers and remittances.

Here's how much DOGE Robinhood holds

Per an earlier tweet of @DogeWhaleAlert tracking service, at the time of this writing, Robinhood app holds a total of 40,438,384,662 meme coins. This jaw-dropping amount of Dogecoin is evaluated at $2,539,611,434 and comprises 30.48% of the total DOGE supply in circulation.

Earlier this week, the co-creator of Dogecoin, IT engineer Billy Markus who quit working on the project a few years after its launch but keeps watching its fate, jokingly tweeted that DOGE could succeed where Bitcoin has failed.

He explained that he meant a Dogecoin-based ETF, while Bitcoin spot ETFs have been rigorously rejected by the U.S. SEC, while it has permitted a Bitcoin futures ETF.

Markus seems to be worried that Wall Street may repackage DOGE if it becomes interested in the meme coin in order to make it look more attractive for bankers, to make tons of money on the meme coin.