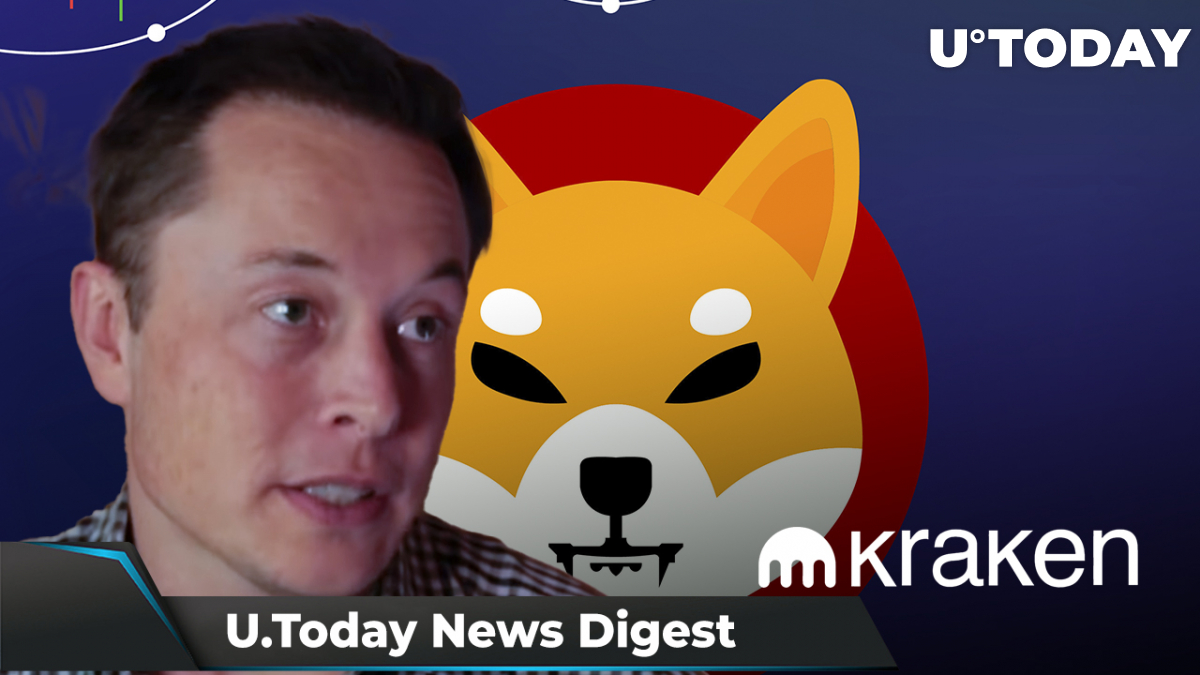 Check out the top five crypto news stories over the past day prepared for you by U.Today:

Shiba Inu to be listed on Kraken

Yesterday, Kraken's product lead, Brian Hoffman, decided to move away from the traditional approach to listing announcements. He dared the Shib Army to like the post about listing their beloved cryptocurrency on the San Francisco-based exchange at least 2,000 times. The meme-inspired coin community has, of course, successfully completed the challenge. The tweet has since collected over 57,400 likes, meaning that SHIB is now set to appear on the trading platform today, on Nov. 2.

It looks like Elon Musk’s influence on the crypto market has not run out of steam. After the Tesla CEO posted a tweet that his imaginary university (“Texas Institute of Technology & Science,” or TITS) would accept Dogecoin as payment for tuition fees, the meme cryptocurrency’s market cap added $3 billion. Musk added that dog-owning students would be able to get an unspecified discount. The tweet has made some Dogecoin community members start saving up for tuition.

The list of rap artists venturing into crypto is getting longer every day. According to a recent tweet by rapper and American comedian FunnyMike, he purchased 817.4 million SHIB tokens, which cost him $60,000. However, the comedian seems somewhat ironic about his purchase, adding "Here goes nothing."

Last week, U.Today reported that American R&B star Jason Derulo revealed that he is a holder of the Shiba Inu cryptocurrency.

Last weekend, Edward Snowden, the world-famous whistleblower, posted a tweet slamming the Shiba Inu mania, touching on Dogecoin as well. He called SHIB a "CLONE of dog money," claiming that the Shiba Inu-inspired coin is unlikely to make its investors rich. Comments by the former consultant of the U.S. National Security Agency drew the attention of Reuters journalist Joel Schectman. When he asked Snowden what he meant by "dog money," he responded that Schectman is "honestly better off not knowing" if he is still unaware of "dog money."

This conversation has not been left unnoticed by Elon Musk; the Tesla chief executive responded to a screenshot of this correspondence with a laughing emoji.

Yesterday, users of the largest crypto exchange, Binance, faced a problem withdrawing their funds. According to the Twitter announcement by the Binance team, it has temporarily disabled all withdrawals from the platform due to technical issues. The technical reason has not been specified. The exchange resumed crypto withdrawals later that day, solving the issue in two hours. A more detailed report on the problem is yet to be released.