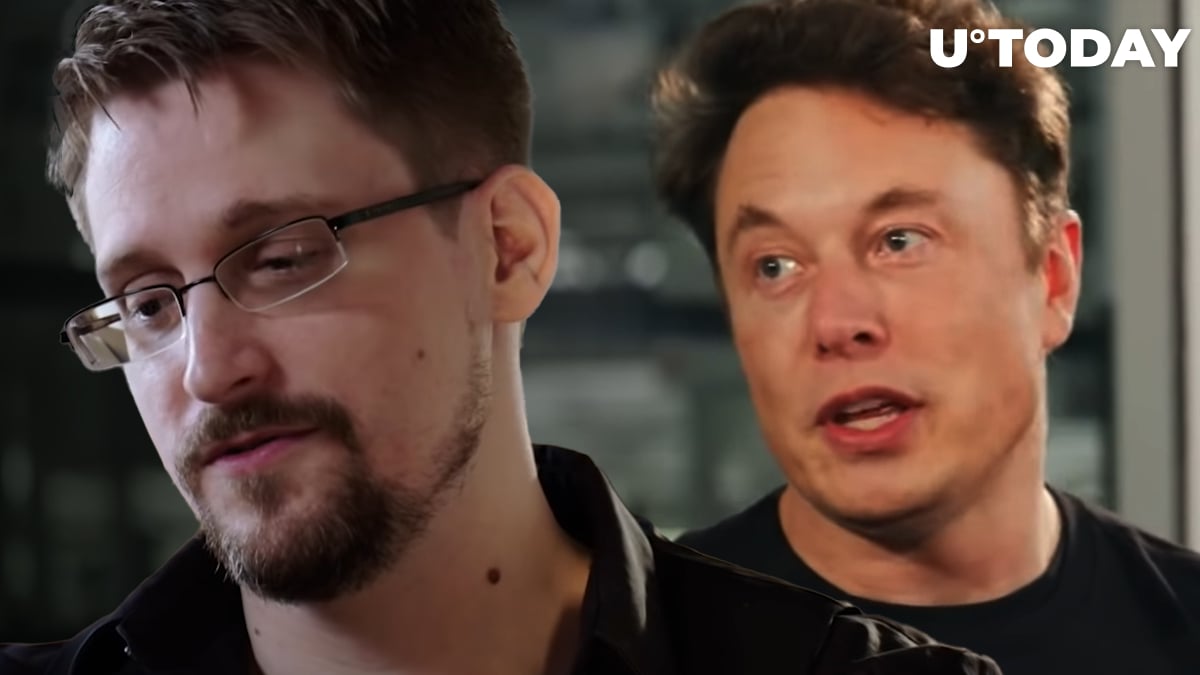 The richest person in the world, Elon Musk, has commented on the Twitter correspondence of infamous U.S. whistleblower Edward Snowden and Reuters journalist Joel Schectman. The latter covers the topics of cyber espionage and corruption.

The Tesla chief executive responded to a screenshot of this correspondence with a laughing emoji.

Over the weekend, a former consultant of the U.S. National Security Agency, Edward Snowden, posted a tweet against the widespread Shiba Inu mania, touching on Dogecoin as well.

He believes that SHIB is unlikely to make its investors rich since they are betting against the market that sold them its stake in what is not even just "dog money" but a "CLONE of dog money." By the former, he was obviously referring to Dogecoin in the former case and Shiba Inu in the latter.

In another tweet in that thread, he wrote that he does not mind people buying "any garbage they want," but what he does not feel is right is that they get "emotionally manipulated into mortgaging the farm on a meme's worth of understanding." He compared SHIB to lottery tickets and insisted that people should definitely not borrow money to buy them.

"You're better off not knowing what dog money is"

Reuters journalist Joel Schectman asked him to clarify what he meant by "dog money." The U.S. whistleblower responded that the asker is "honestly better off not knowing" if he is unaware of "dog money" already.

Those two tweets got a "rofl" smiley from Elon Musk.

The journalist, who apparently does not know much about crypto, also posted his response to the Tesla chief.

i like that @elonmusk is laughing at a meme about me saying dumb stuff about crypto. it shows karma is a thing .

On Sunday, the Tesla CEO also posted what seemed to be a continuation of a gag he posted on Friday. Back on that day, Musk tweeted that he was going to found a "Texas Institute of Technology & Science."

On Sunday, he added that tuition fees will be accepted in Doge, and students would get an unspecified discount if they have a dog—a Shiba Inu, obviously. The DOGE community began making their own gags about this spicy acronym: TITS university.

Musk will donate $6 billion if it can solve world hunger

On Oct. 31, Elon Musk challenged the WFP (World Food Program) to prove on Twitter that 2% of his net worth ($6 billion) can indeed solve the issue of world hunger. If they do, Musk promised to sell Tesla stock worth that amount immediately to provide the necessary funds.

If he does that, Musk insisted that the WFP must spend this money with an open-source accounting—so that the allocation of funds would be visible to everyone.

David Beasley, a high-standing official of WFP, corrected Musk, saying that $6 billion would not solve the problem completely, but this money would help "prevent geopolitical instability, mass migration and save 42 million people on the brink of starvation."