Yuri Molchan
Monex Group, the holder of the majority of shares of Coincheck, officially denies being aware of Japanese regulator FSA approving of Coincheck’s trading license 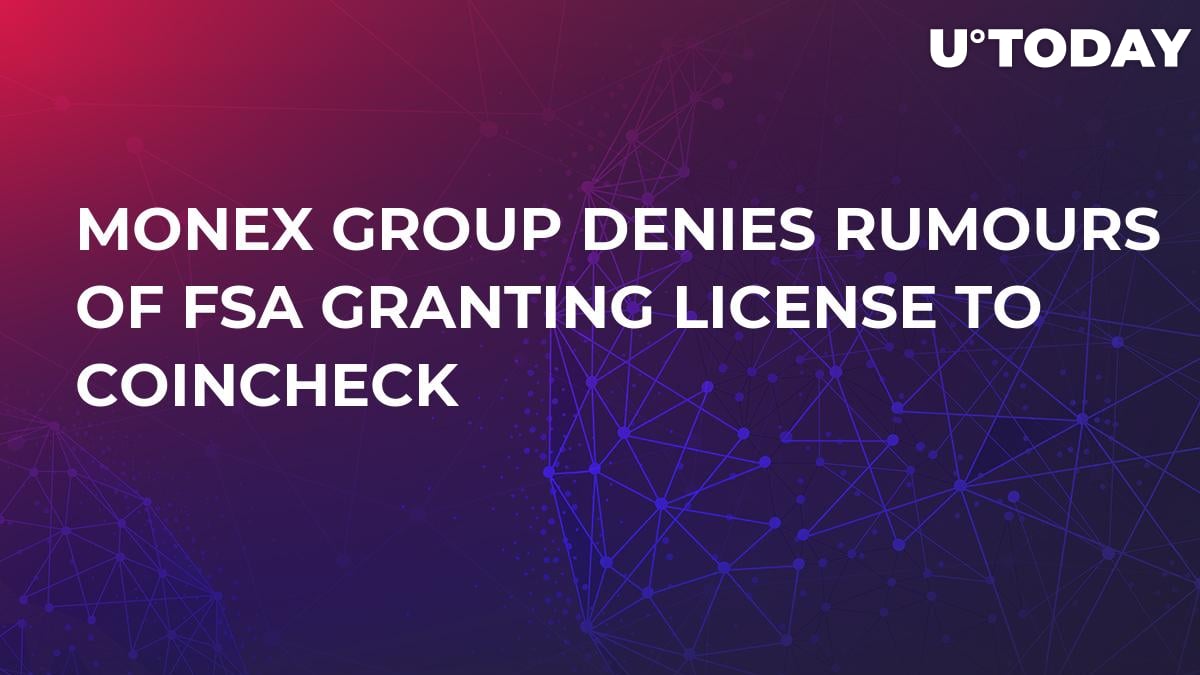 Recently, the Nikkei Asian Review released a story saying that Japanese regulator FSA has decided to approve resuming the license for the Coincheck crypto exchange, famous for a massive hack at the start of 2018 that resulted in it losing around $600 mln in crypto coin NEM (XEM). The crypto assets were held on hot wallets, thus the exchange lost its license for security reasons.

After that case, the FSA set quite strict requirements for virtual exchanges to gain a license. Currently, over 160 applications from trading companies are waiting to be reviewed and decided on.

Now, the Monex Group that current owns the Coincheck platform has publicly denied being aware that the Coincheck’s license has finally been greenlighted, basically denying the return of the exchange to the market.

The story in the Nikkei Asian Review hinted that it had a source telling it about the license issuance from the FSA. However, the source was not specified. The news outlet stated that the license would be finally approved by the end of 2018. Later on, reportedly, major crypto news editions got in touch with Coincheck but did not receive any proof as to whether the story is true.

In their official letter, Monex Group stated that the source of the news was not from the official company’s announcement and that they had not yet received any notification from the regulator as to whether the license for Coincheck has been approved.

The company promised to let everyone know when it does have real news about the exchange, which is waiting to be licensed.

FSA has a lot to do

As was previously mentioned here, the FSA has over 160 applications from exchanges that are waiting to be reviewed by the regulator. It is worth noting that new requirements and rules for crypto exchanges in Japan were introduced right after the attack on Coincheck.

Reportedly, the exchange reimbursed its customers nearly all the amount of the funds lost: $411 mln. Currently, Coincheck is trading NEM (XEM), Ethereum (ETH) and Lisk (LSK) but without a proper license so far.