Bloomberg Confirms Tether Ltd Has Enough Dollars to Back USDT 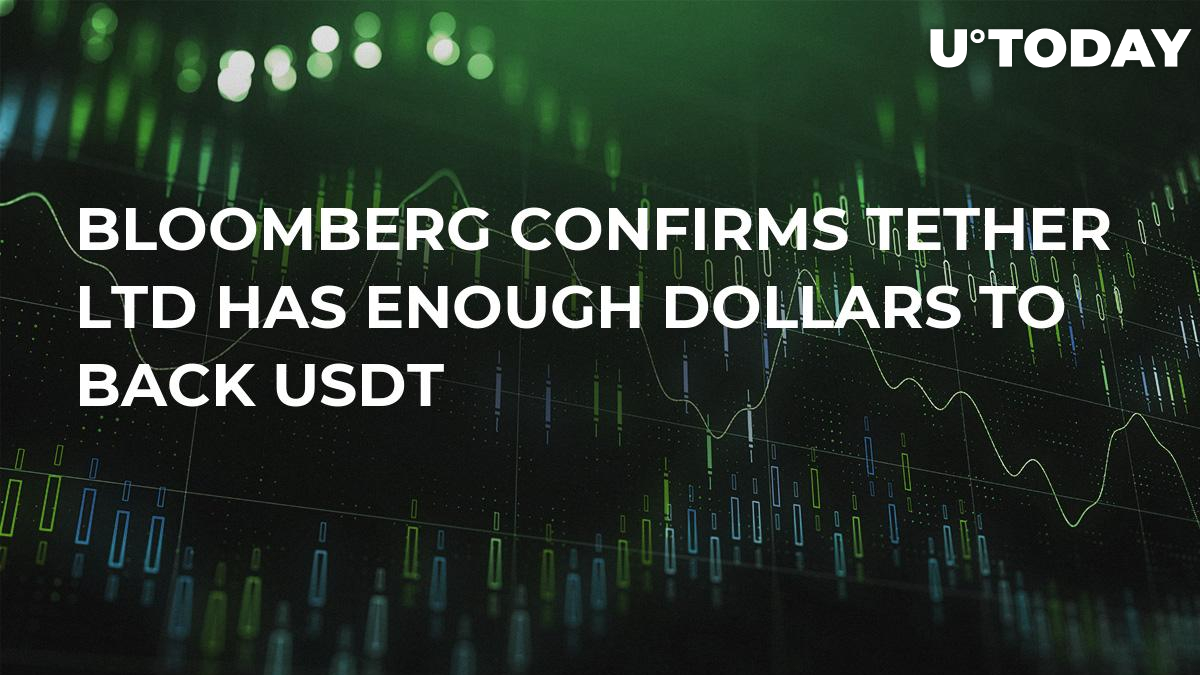 For several years, as the Tether (USDT) stablecoin was getting popular on the crypto market, skeptics warned all the time that USDT was most likely a scam, since its only USP was that it is pegged to the USD and could not be backed with a lot of actual funds. Now, Bloomberg News states that these rumours may not have enough grounds.

Bank statements that a Bloomberg reporter has been given access to demonstrate that Tether holds enough USD on its accounts to back its USDT stock. Several of these numerous statements have been also shown to financial regulators, reportedly. It is still not clear, though, if Tether has enough US dollars to back up every single USDT stablecoin it has issued. Still, presently Tether is becoming more open to the public with its reports than ever before.

As an example, one statement from a Tether bank account demonstrates a balance of $2.2 bln as of January 31. Back then, as reported by CoinMarketCap, there were 2.195 bln USDT in circulation. The same goes for figures regarding autumn last year.

A well-known fact already is that Tether and the Bitfinex crypto exchange are owned by the same top-management team. So the aforementioned documents show cash transactions between the two entities after Bitfinex became the only point for buying and selling USDT in 2017, as reports have it.

Lots of people in the crypto community worry that USDT could be a fake stablecoin. Thousands of crypto enthusiasts search Google daily and find something about Tether being a scam. New reports state that the coin is not transparent enough. Back at the start of the year, the US Commodity Futures Trading Commission began subpoenas regarding Bitfinex and Tether to see if their stablecoin was properly backed.

Currently, as per Bloomberg, the regulator refuses to comment on the situation.

It is not all that simple

However, it seems like the bank papers that people from Bloomberg have managed to see do not reveal everything. For example, the bank statements do not say where the money that backs USDT came from or where it is now, or how much of it there is at the moment.

Officials from Tether and Bitfinex declined Bloomberg’s requests to comment on the current balance of Tether Ltd.

Other doubts about Tether

Currently, USDT is taking position #6 on the top-10 crypto list. The coin is engaged in a minimum of 30 percent of all operations with BTC on crypto exchanges. Previously, U.Today also reported that Tether has been acknowledged as the best stablecoin among all that are circulating in the market.

Recently, Tether has also been suspected of manipulating the BTC price last year when, in December, Bitcoin reached an all-time high of $19,500. The US Justice Department is currently busy investigating the matter. Thus, Tether Ltd has not yet been completely cleared from regulators’ doubts.