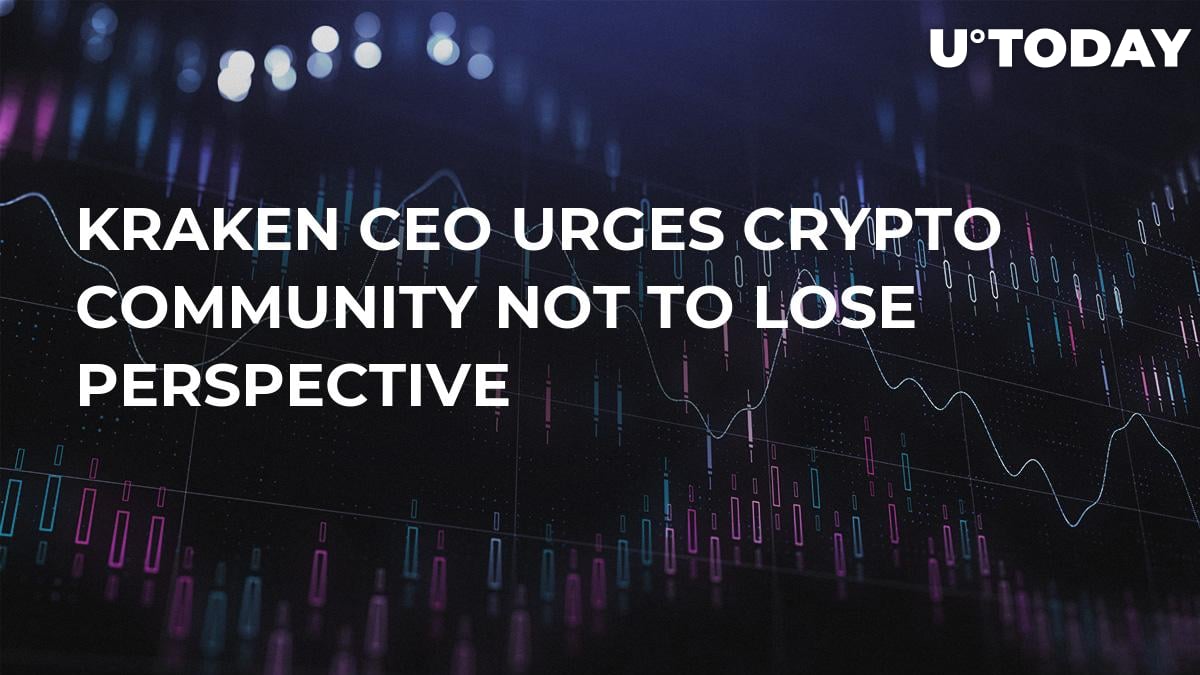 Kraken CEO Jesse Powell has recently taken to Twitter to weigh in on the current state of the crypto industry. He posted a screenshot of his 2016 Reddit AMA session, where he predicted that Bitcoin would reach $2,200 in 2018, to prove that it’s all about the right perspective.

In Jan 2016, a bitcoin price prediction for 2018 of $2200 was "Nice and bullish". Here we are doing 50% better than predicted! Amazing! Don't lose perspective -- we're playing the long game. pic.twitter.com/DbOwyLKLWw

In his old Reddit comment, Powell said that it wasn’t clear what Bitcoin would be in 2018 given the turmoil within the community. He hoped that everyone would be able to get behind one plan. Nevertheless, he did voice his prediction – $2,200.

Bitcoin’s price was still below the $1,000 mark back in the day (it reached its 2016 peak of $807 on Dec. 21). Not surprisingly, the aforementioned prediction was perceived as ‘nice and bullish’ by the crypto community since hardly anyone could have predicted the upcoming exponential growth of the flagship currency.

At the time of writing this article, Bitcoin’s price is sitting a $3,773 after a sizeable pullback. Powell points out the fact that Bitcoin is doing 50 percent better than predicted two years ago. However, the post-December 2017 crowd, which is still nostalgic of the euphoric ATH, fails to grasp the idea that Bitcoin remains the best-performing asset of the last five years despite the prolonging bearish market in 2018. According to Powell, it is important ‘not to lose perspective’, placing focus on the long-term game.

There was a knee-jerk reaction among some users to ask Powell to share his 2019 Bitcoin price prediction, but the Kraken CEO has yet to reply.

Publicly voicing your Bitcoin predictions is not an easy feat given how unpredictable the crypto space is. CNBC’s Ran Neuner, for instance, already regrets his 2018 prediction made in February (Bitcoin is just $46, 227 away from hitting $50,000 by the end of this year).