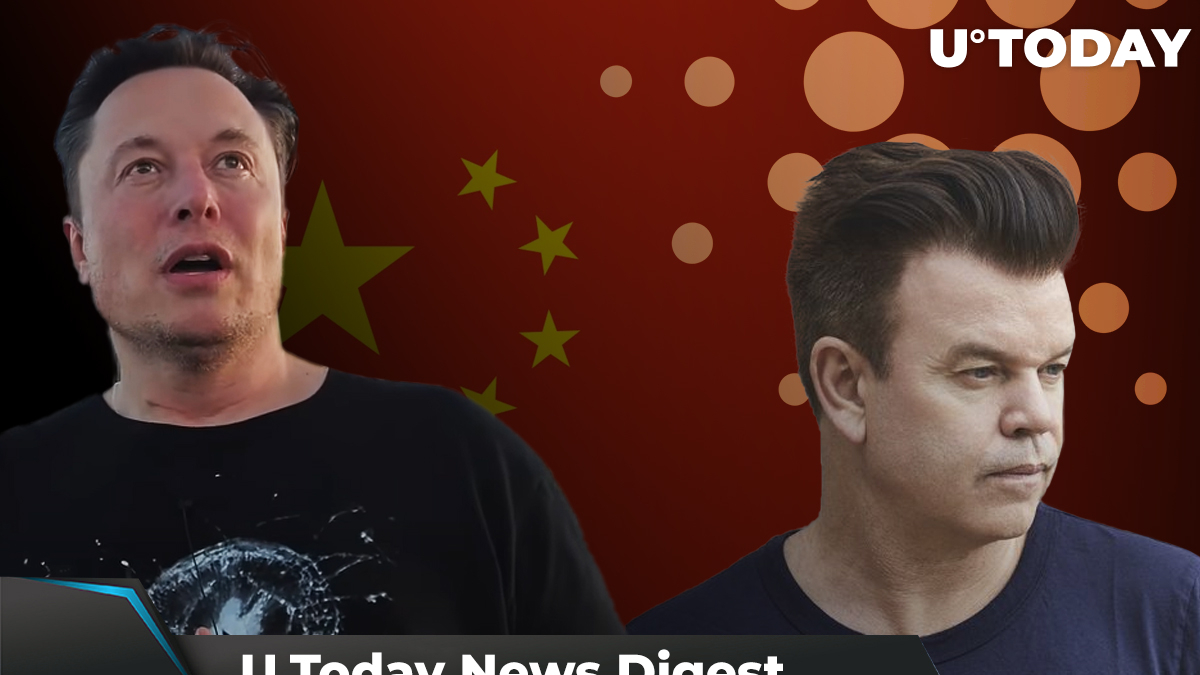 What’s going on in the world of crypto? U.Today news digest informs you about the main events over the past day.

Tesla CEO Elon Musk shared his thoughts regarding China's most severe cryptocurrency ban during the Code Conference on Sept. 28. The centibillionaire suggested that the hostility of the Communist Party of China toward cryptocurrencies is caused by the threat they pose to centralized governments.

Musk adds that even though destroying cryptocurrencies is impossible, governments are likely to slow down the industry’s advancements.

Paul Oakenfold, a British record producer and famous trance DJ, has teamed up with IOG CEO Charles Hoskinson to bring his new album, dubbed Zombie Lobster, to Cardano. Hoskinson, when commenting on his participation in the release, admitted that the importance of blockchain in the future of the music industry has been a revelation to him.

Oakenfold is not the first artist to choose Cardano to promote his music; earlier this week, ZZ Top frontman Billy Gibbons released his freshly played pieces of music in the form of NFTs.

As reported by Reuters, Swiss financial watchdog FINMA has greenlit the first cryptocurrency fund in the country. However, the regulator notes that the new fund is only open to qualified investors and warns about potential risks for customers.

To minimize the risks, the fund will only be allowed to invest in already established cryptocurrencies with large enough trading volumes: Bitcoin, Ethereum, etc.

Tether and affiliated cryptocurrency exchange Bitfinex are celebrating a small legal victory in a $1 trillion market manipulation case. According to the official message on Tether’s website, the judge has dismissed half of the claims made against the defendants.

Tether and Bitfinex called the remaining claims “meritless” and emphasized that they are not willing to settle with them.

Ripple transfers 100 million XRP, prepares to send it to Huobi in lumps later on

According to Whale Alert crypto tracking platform, on Sept. 29, 2021 Ripple shifted 100 million XRP to its RL18-VN address to move it in smaller transfers to Huobi later on. This amount of XRP equals approximately $90,518,490 at the present exchange rate. Then the San Francisco-based fintech giant has transferred 1.5 million XRP to China’s largest crypto trading venue.

Huobi has been receiving these 1.5 million XRP lumps from Ripple's RL18-VN since Sept. 27. The daily amount of XRP sent to this crypto exchange changes from one week to the next.