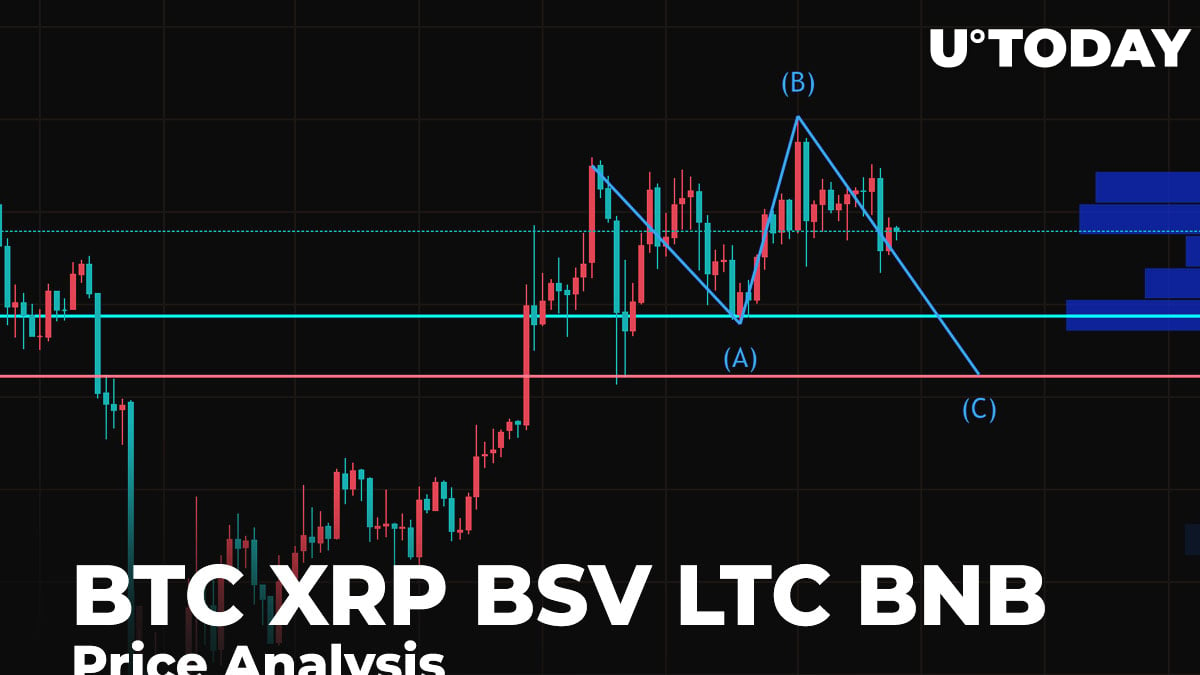 The cryptocurrency market is experiencing low trading activity on the weekends. Most of the Top 10 coins are in the red except for Litecoin (LTC), in which the rate has increased by 0.27% since yesterday.

Yesterday, there was no sturdy pressure from the bears. Trading volumes fell below the average, and buyers were able to restore Bitcoin (BTC) above $9,441. The daily maximum is indicated around $9,555. This afternoon, sellers were a bit more active, but the coin was able to gain a foothold above its $9,300 support level.

One believes that weekend market activity will be less, and the pair will continue to move within a narrow side corridor. By the beginning of next week, a surge in volatility should be expected, which might knock the price out of the side and test a resistance level of $9,800.

If the bullish momentum is not false, then the buyers will again reach the psychological mark of $10,000. Otherwise, the bulls will not be able to break through the resistance level of $9,800, and the price will continue to drop.

Yesterday morning, the price of XRP continued to recover to the ​​$0.195. However, the purchase volume was below the average and the pair switched to consolidate with support at $0.191 level.

Today, movement within the side corridor may continue. Even an average bullish impulse could save the situation and return the price to its Point of Control (POC) line ($0.204). From this POC line, buyers may continue to rebound to the $0.213 resistance marker. However, the bears could still increase the onslaught and then the pair will return to the descending purple channel. The $0.170 support level could keep the market from sliding into the next local downtrend.

Bitcoin SV (BSV) is not the exception to the rule as the coin also declined with the other Top 10 coins. The price has decreased in the last 24 hours, making up 0.18% and 6.22% over the course of the week.

Looking at the daily chart, the $180 mark has served a strong support point for a significant period. At the moment, the coin is located above it; however, lowering heights are signaling an upcoming decline. In this particular case, one needs to focus on $180. If the sellers can break it and fix below, then the next level is $170. However, the more likely projection is a retest of the falling channel's top at $190, followed by a decline to $170.

Litecoin (LTC) is looking much better than the other coins from the Top 10 list. The rate for the 'digital silver' has increased by 0.27% from the previous 24 hours.

Looking at the daily chart, Litecoin (LTC) is located within the sideways trend and is accumulating efforts for a sharp move up or down. Even though the trading volume is not extremely high, a big concentration of liquidity is at the current levels. There are also increasing lows, which confirm the potential of buyers. To sum it up, the altcoin still might touch the $40 support level before its moves towards the resistance level at $51.

The technical picture of Binance Coin (BNB) is not so positive as the other aforementioned cryptocurrencies. The rate for the native exchange token has lost 6% since the previous week.

Looking at the daily chart, the rate for Binance Coin (BNB) has been rising; however, it is not accompanied by an increase in trading volume. Moreover, the volume has recently started to decline, which is not good for the continuing trend. There are also long bearish candles with almost no wicks, suggesting that the March 2020 Bull Run is about to come to an end. The $16 support level is the first stop for the bears.