Yuri Molchan
Bitcoin has fallen back to slightly over 51 percent to a monthly low, but XRP and Bitcoin Cash have surged over the past seven days 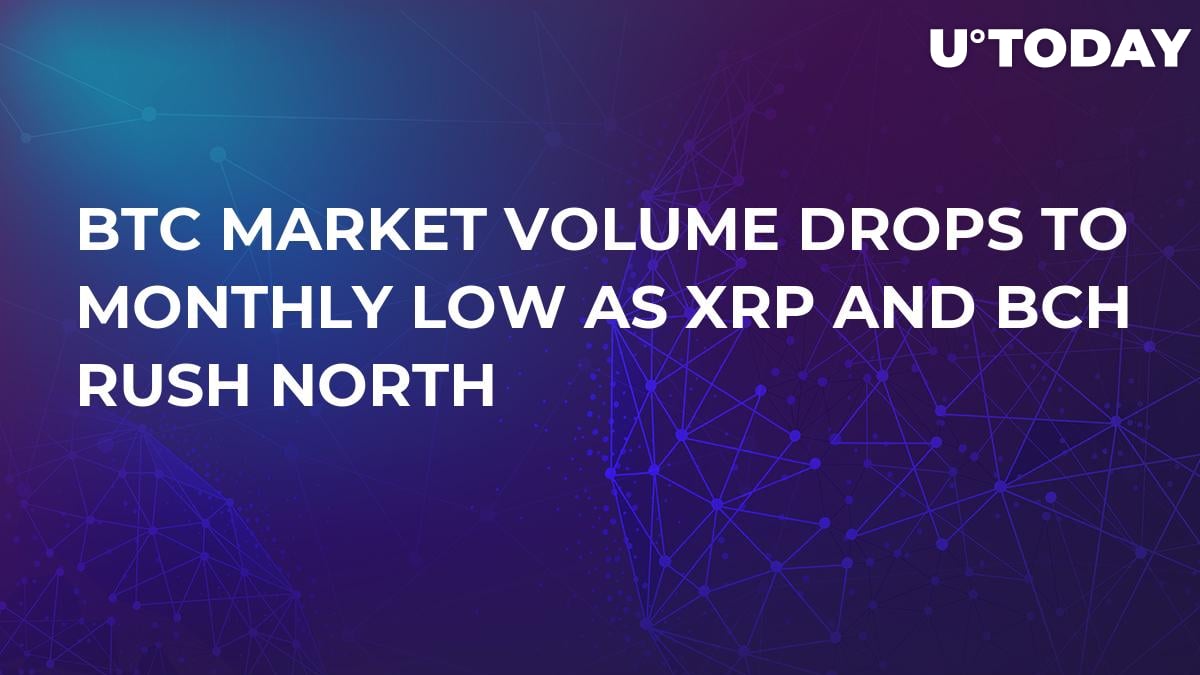 Normally, Bitcoin’s value is a good metric to assess the overall state of the crypto market. Last year in December, when BTC was at its historical high, it had a positive impact on the rates of other top 10 assets and altcoins, also — on their market capitalization. Therefore, things are not going so well now.

XRP climbing up charts, catching up with ETH

Ripple has been the best performer in the market recently; the coin has almost managed to overcome Ethereum. The latter retains its demand thanks to the numerous platforms where ETH is needed constantly for running operations and transaction verifying as well as launching ICOs.

XRP demand comes from a different, less obvious source, and it mostly depends on large banking institutions — those that have partnered with Ripple over the last few years for transferring funds cheaply across the globe.

XRP keeps surprising investors and traders after surviving a long period of overall market decline and getting as close as ever to a real parity with the USD — being independent from the BTC price, at least partly, and approaching an unofficial dollar-pegged stablecoin. The current price of the coin is $0.534640.

BCH has been rising both in volume and market rate recently due to numerous reasons. However, the most crucial one is the approaching hard fork of the coin that will divide the asset into two major groups of supporters. Curiously, the same fraction of the community who advocated forking BTC into BCH is now eager to fork BCH into a new thing.

The prospects of the coming fork are obvious for those who have seen such things before and is quite profitable: when BTC was forked, the holders received an amount of the new coin — Bitcoin Cash — similar to the number of Bitcoin they had had on their balances. Besides, BCH set off to the market at a pretty high price.

The fork seems to be the main reason that got BCH growing; however, other factors like the growing ecosystem and the economy around the asset are playing an important part as well.

Despite the fact that Bitcoin fans may dislike this statement, the declining BTC dominance on the market could actually be a good thing since it shows that the ‘franchises’ that found their way out of Bitcoin are prospering and doing well.

Also, if the crypto world consisted strictly of Bitcoin, there would have been no opportunities which other currencies, such as the aforementioned Ethereum and Ripple, are giving to users.