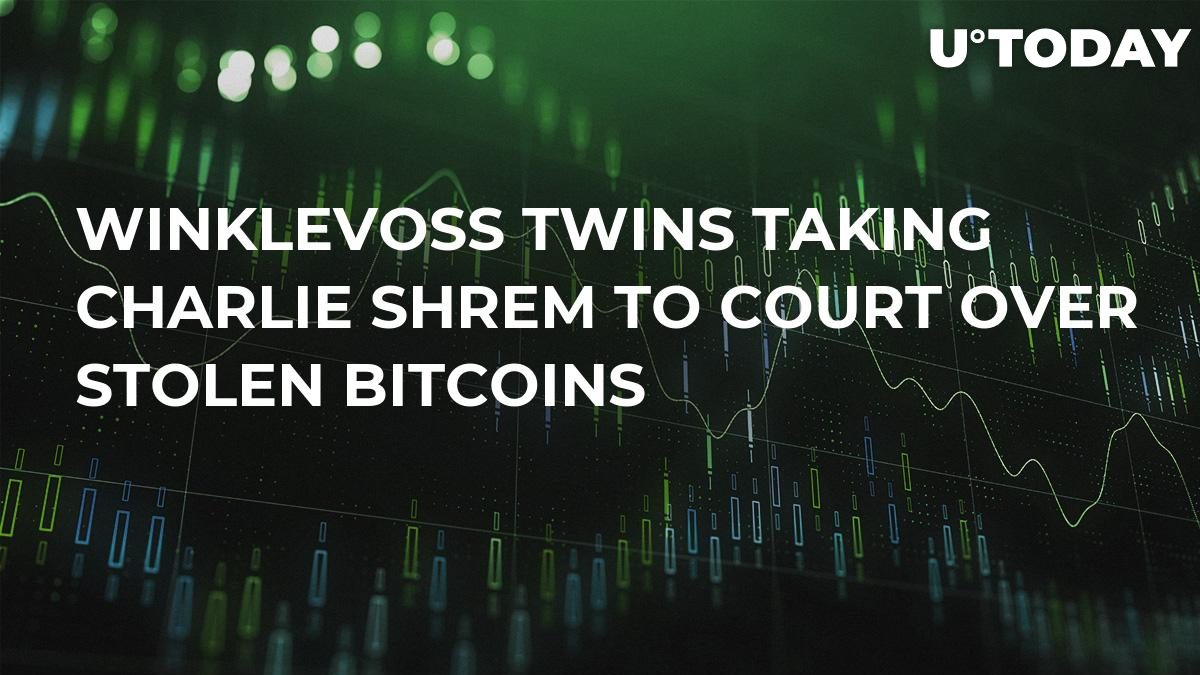 Charlie Shrem is a famous in financial circles investor who has served one year in jail — instead of the two which he was sentenced to — for money laundering and running an illegal business in the sphere of funds transfer in connection with the BitInstant crypto exchange founded by him. On Thursday, major news outlets reported that Shrem had invested in Bitcoin with the Winklevoss twins in 2012.

The New York Times cited a legal complaint that the brothers initiated against Shrem in early autumn. As per the report, the investor acted as the twins’ first consultant on crypto and was entrusted with $750,000 to be spent on Bitcoin purchase for the Winklevoss. Then in September 2012, the twins gave Shrem another $250,000 to do the same, says the lawsuit. However, later the twins found out that the man had not given them all the Bitcoins, reportedly keeping some to himself.

The twin investors say that their demand to Shrem to return the crypto was never responded. Curiously, the legal complaint mentions some quite expensive things Shrem bought after leaving prison in 2016. Earlier, he had claimed that he had no money left, but as soon as he got free, he purchased two Maserati cars, two motor boats, and some property in Florida worth $2 mln. The Winklevoss believe that everything was bought with the stolen Bitcoins.

Related
Dark Web Drug Dealer Gets 20 Years of Prison, Over $700,000 in BTC Confiscated

The court documents have it that some of Shrem’s assets have been frozen by the judge from Shrem’s previous court case. The lawyer of the man in question says that Shrem is innocent and plans to set forth a vigorous defense in court and get his name cleared.

According to the protocol, Shrem, CEO of BitInstant exchange that no longer operates in the market, broke the AML rules when he started working with a client who had brought in $1 mln in BTC to a group of people who were purchasing narcotics on the darknet marketplace Silk Road.

However, one might say the investor got off easy by agreeing to transfer almost $1 mln to the disposal of the US authorities, but the documents filed in court now say that Shrem has never forfeited the money. This fact may well turn against him now.