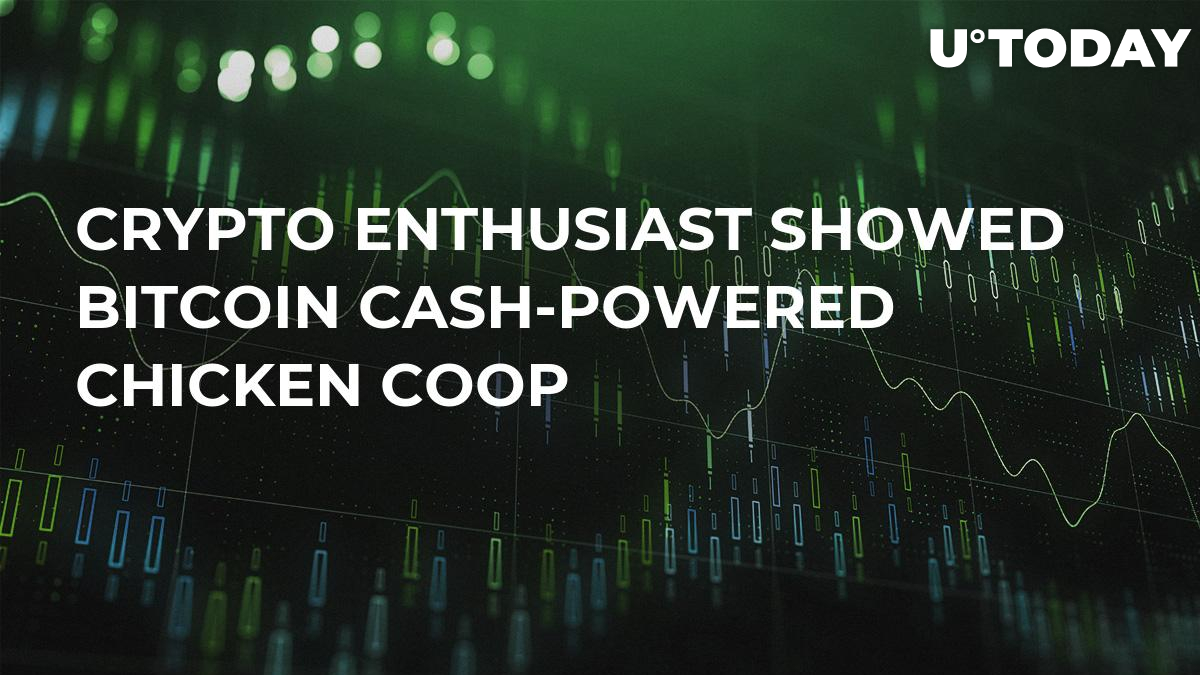 On Oct. 25, a user of Twitch, an interactive video platform, demonstrated in a live broadcast how to use Bitcoin Cash (BCH) to feed his chickens online using zero-confirmation transactions.

Users can not only employ peer-to-peer cryptocurrency BCH to feed chickens but also watch this process live on the Twitch channel. Since the stream of BCH enthusiast Spencer Lambert started, people have completed the BCH transactions worth more than $300 to feed the poultry.

To feed Lambert’s chickens, users just need to send $0.50 worth of BCH to a unique address. Once the money is sent, the cryptocurrency-powered distributor switch flips and pours out the flour worms. According to Lambert, “24/7 stream of our wonderful chicken life” is using the Handcash app combined with Iozeta-made, cryptocurrency-enabled touchless candy machine.

On the payment side, users just send $0.50 of BCH with Handcuffs.io handle $chicken to start the process. Instead of long alphanumeric addresses, the Handcash wallet uses a name system, also known as a ‘handle,’ to provide payments.

Related
Bitcoin's True Stress Test Is Yet to Come

The process also uses zero-confirmation transactions, so once the transaction is made, the mealworms get to the chickens almost immediately.

According to Lambert, payments “occur in a fraction of a second, more or less instantaneously.” He says he decided to launch this operation because “flour worms are not cheap.”

After paying with the QR-code, the machine changes the switcher position to distribute candy, flour worms or anything else that will fit through the chute. The machine accepts Bitcoin Cash, Litecoin, Dash, and Ravencoin.

“Once the Cryptocandy candy dispenser detects a new payment to the cryptocurrency address you specify, it activates the ‘payment received’ light and the motion sensor, allowing for candy to be dispensed. When the customer has received the candy, the motion sensor is again turned off,” one of Iozeta’s co-founders Paul Lambert clarifies the principle on which the candy dispenser is working on YouTube.

In addition, Unwriter created an app called Memochicken, which the prolific BCH developer described as a “fun but internally very complex” Bitcoin app with a full event-driven architecture.

“(Post) a memo with Money Button, and pick up the real-time transaction event through Bitsocket, which then queries the Handcash handle $chicken for the receiving address, which then queries Coinbase price API for the currency exchange rate for $0.50 in BCH, and then finally send the chickens $0.50 in BCH, which triggers the already-so-cool chicken feeding Twitch stream by Spencer Lambert,” Unwriter claimed after the Memochicken application was released.