Denys Serhiichuk
Bulls have completely seized the cryptocurrency market: Does it mean that 2019 is a logical continuation of 2017? 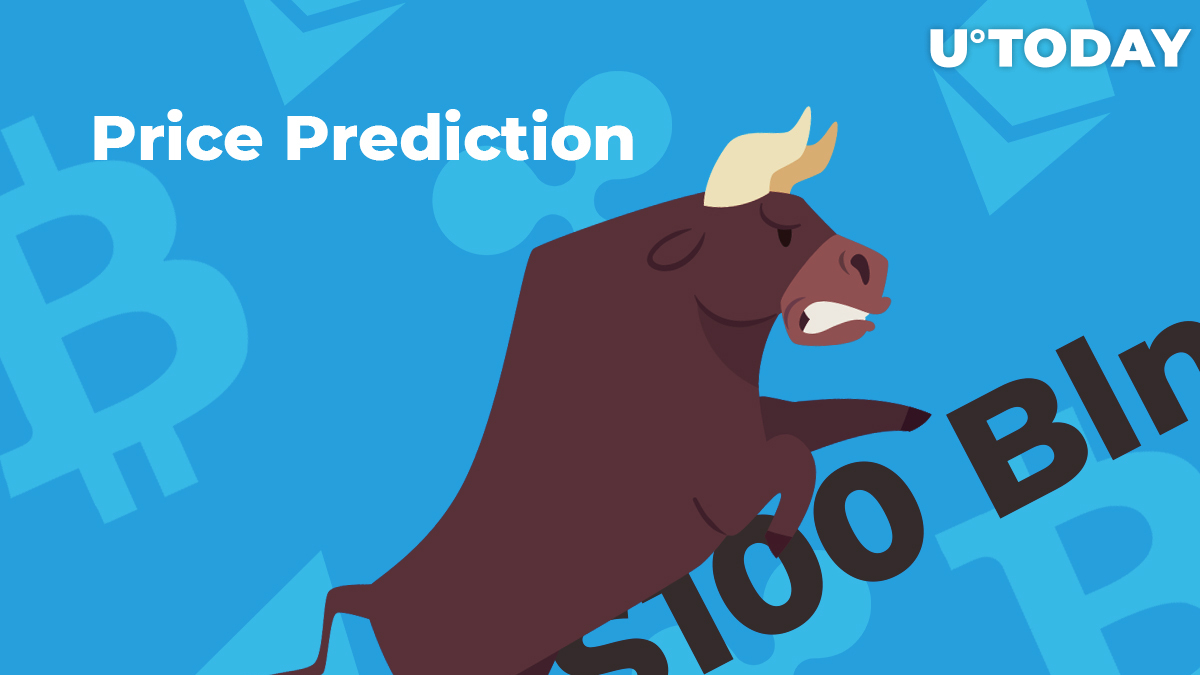 Looking at the cryptocurrency market, it seems that the correction is postponed, as Bitcoin as well as other coins are in the green zone. The only exception to the rule is Bitcoin Cash, whose rate has declined by almost 2% overnight.

Also, the trading volume has exceeded the $100 bln mark, meaning that more and more people are joining the crypto industry. This assertion is supported by the increasing number of unconfirmed transactions in the mempool.

What is more, today is the last day of the Consensus conference, which keeps pushing the market to new highs.

Let’s analyze each coin in detail to predict what is gonna happen.

Even though the US Securities and Exchange Commission (SEC) spoke negatively of Initial Exchange Offerings, Bitcoin neglected this news and keeps trading above $8,000.

Fixing Bitcoin at $8,000 is a good result since the probability of higher growth was low. The daily increase of the leading cryptocurrency in recent days has averaged 10-13%.

In terms of the global perspective, the main crypto has recovered around 40% of its all-time high. 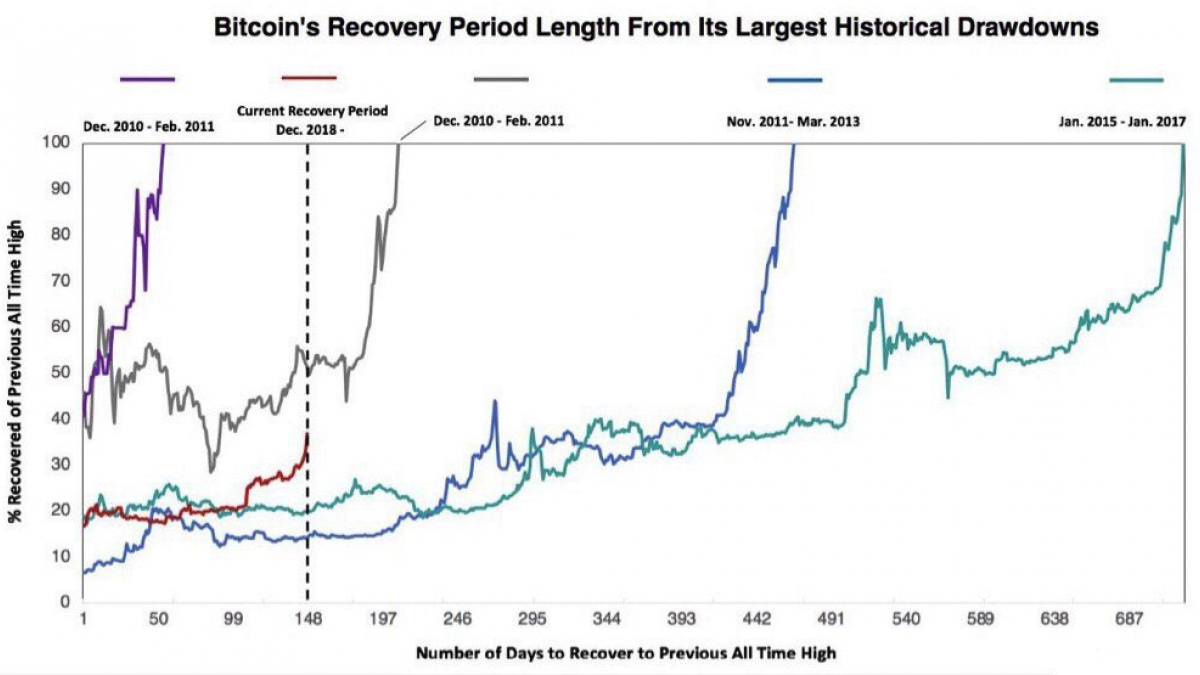 In terms of technical analysis, our BTC price prediction has partially come true, as the price managed to reach $7,785; however, then a fast bounceback occurred to the $8,000 level. 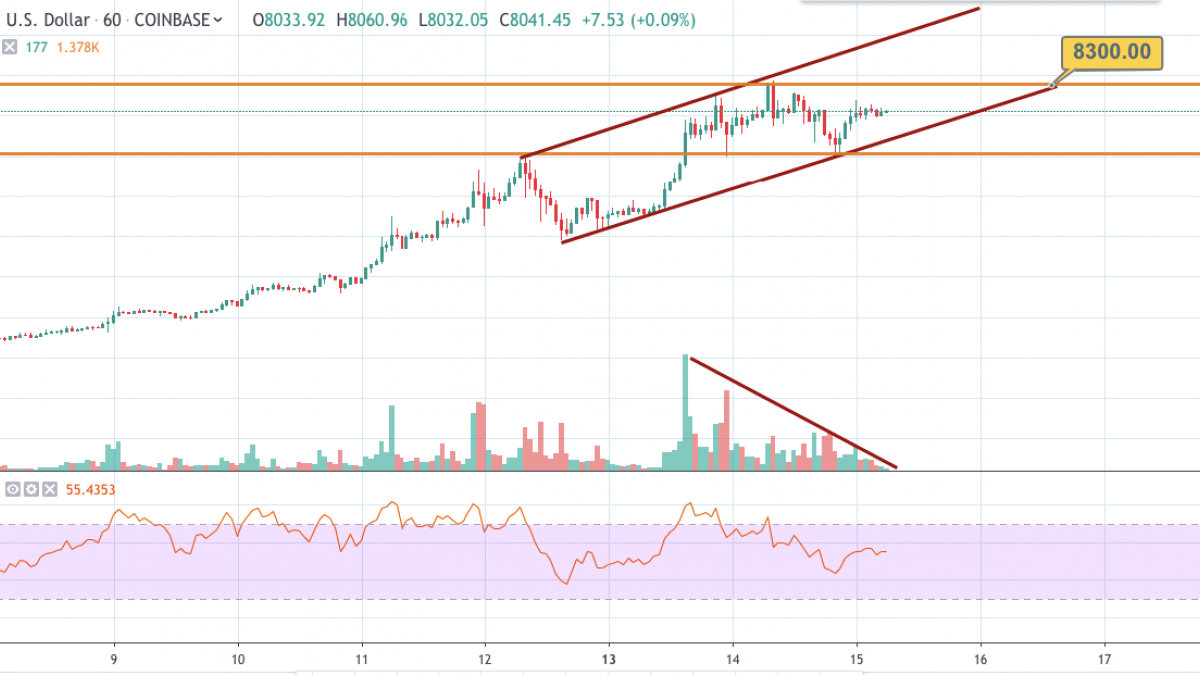 On the 1-hour chart, we are still dominated by bulls, despite the fact that the trading volume has slightly decreased. The RSI indicator is neutral, meaning that a rise up might occur soon. In this regard, the nearest scenario is reaching $8,300 in a few days.

Against all this, BTC’s domination rate is updating its highs every day and now is 57.8%

Influenced by the rather steady and rapid rise of Bitcoin, Ethereum is trying to keep up. The leading altcoin is growing even faster than BTC.

According to the daily chart, we continue to observe the development of an upward trend. Quotes reached the resistance line of the current corridor. Overcoming it will allow quotes to rise to the resistance level of the projection channel – $275. It can be assumed that the market will continue medium-term correctional growth to this level.

Ripple remains the biggest gainer, as its rate has increased by another 10% overnight. One of the possible reasons for such a rise is that Coinbase opened XRP trades for the state of New York. This news along with the overall market growth has pushed the coin capitalization to more than $18 bln.

Fortunately, our XRP forecast for yesterday did not come true, as the expected correction did not happen.

However, a rollback should take place, as the current growth is just the outcome of the news about Coinbase, but not a steady rise of the asset. On the daily chart, XRP is overbought, which is supported by the RSI indicator and Fibonacci retracement. So, traders should expect a decline to $0.3910 (61.8%) in a few days.