This Crypto Skeptic Explains Why Bitcoin’s Price Will Inevitably Tank

Alex Dovbnya
?David Gerard’s theories should be taken with a grain of salt since he also claimed that celestial bodies were responsible for the recent rally 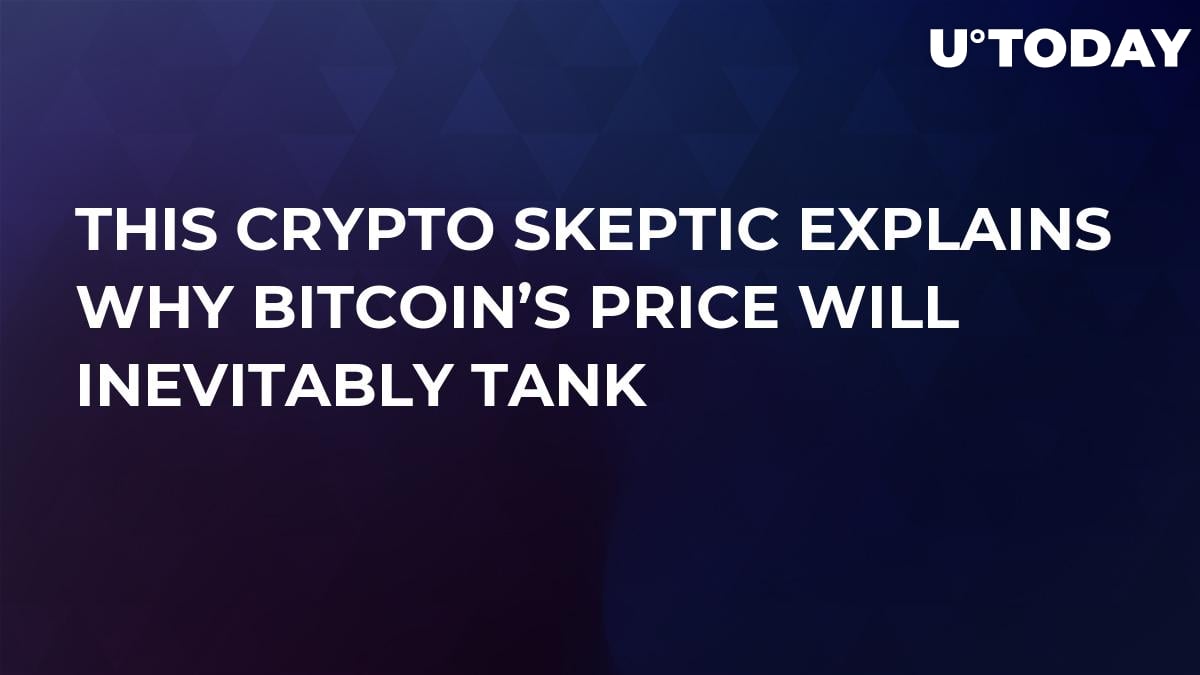 While the crypto community is exuberant about the recent price rally and the likes of Fox News and CNN running ‘Bitcoin is back’ stories, investors should remain cautious. Crypto skeptic David Gerard claims that this speculation-driven rally could soon turn into another bubble, leaving Bitcoin bulls high and dry.

According to Gerard, there is nothing organic about this bull run since the price is growing way too fast despite the industry facing two recent controversies (Tether-Bitfinex and Binance).

His theory is that the Bitcoin price is being manipulated by Bitcoin whales who continue to buy BTC en masse in order to liquidate short positions (this method was described by Willy Woo). After artificially pumping the price of BTC, they will sell their newly bought coins and tank the market. In essence, we are dealing with your typical pump-and-dump scheme, but on a much larger scale.

For the time being, he expects the price of Bitcoin to continue surging since the widespread media coverage will bring new gullible investors that are not able to resist FOMO.

This time, after it was revealed that Bitfinex had pulled off an 850 mln Tether cover-up, the news swiftly took its toll on Bitcoin, but it quickly rebounded and continued its meteoric rise even after it turned out that 26 percent of USDT is not backed by the US Dollar.

Hence, it is safe to assume that everyone is ditching Tether for Bitcoin, which could be one of the reasons behind the pump.