Yuri Molchan
Bitcoin’s rally has caused the prices of the other top ten coins to spike too, Ethereum is among the top gainers 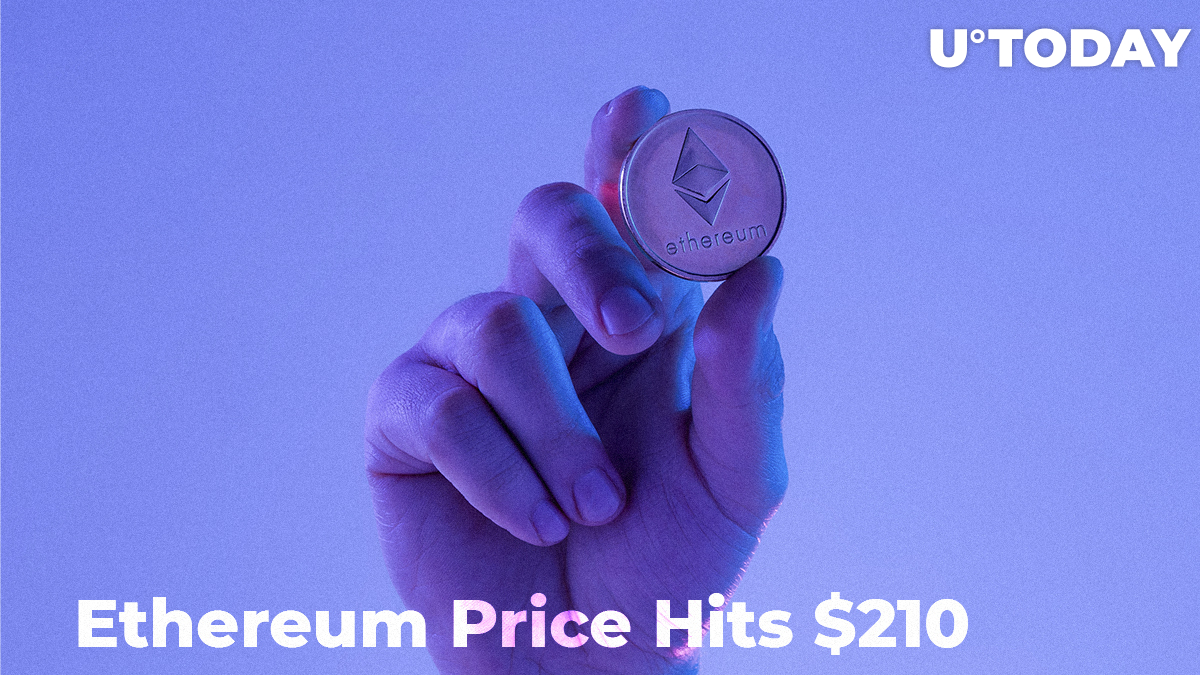 After Bitcoin broke the $8,000 price mark, Ethereum also shot up, taking the $200 barrier. As per data from CoinMarketCap, ETH briefly achieved highs at $200 a couple of days earlier, but trading sessions still closed below this level.

Now, Bitcoin’s price running ahead to the North has helped Ethereum breach the $200 level.

Ethereum boosted by Bitcoin and fundamentals

As was recently reported, Joseph Lubin, one of the co-founders of Ethereum, has recently said in an interview that Ethereum’s scalability is going to improve 1,000 times within the next two years.

This will happen thanks to Ethereum 2.0, otherwise known as Serenity. The new development will consist of four parts, and eight dev teams are already busy creating clients for the new chain.

The testnet was launched last week, and this event was also a major push for ETH.

The major driving power for the Ethereum price so far has been the BTC rally, after it took the points of resistance located at $7,800 and $8,000. This enabled ETH to gain traction and get over the $200 mark, which was a new monthly high for the currency.

Analysts believe that within the next few days, the ETH price may retrace to $195 before another surge.

If ETH manages to break through $210, then a rise towards $220 is highly likely.

At the time of writing, Ethereum has slightly rolled back to trading at $205.55.