Yuri Molchan
???DestroyerDAO intends to destroy ‘useless’ crypto coins by making people burn them, but it also wants to launch an altcoin 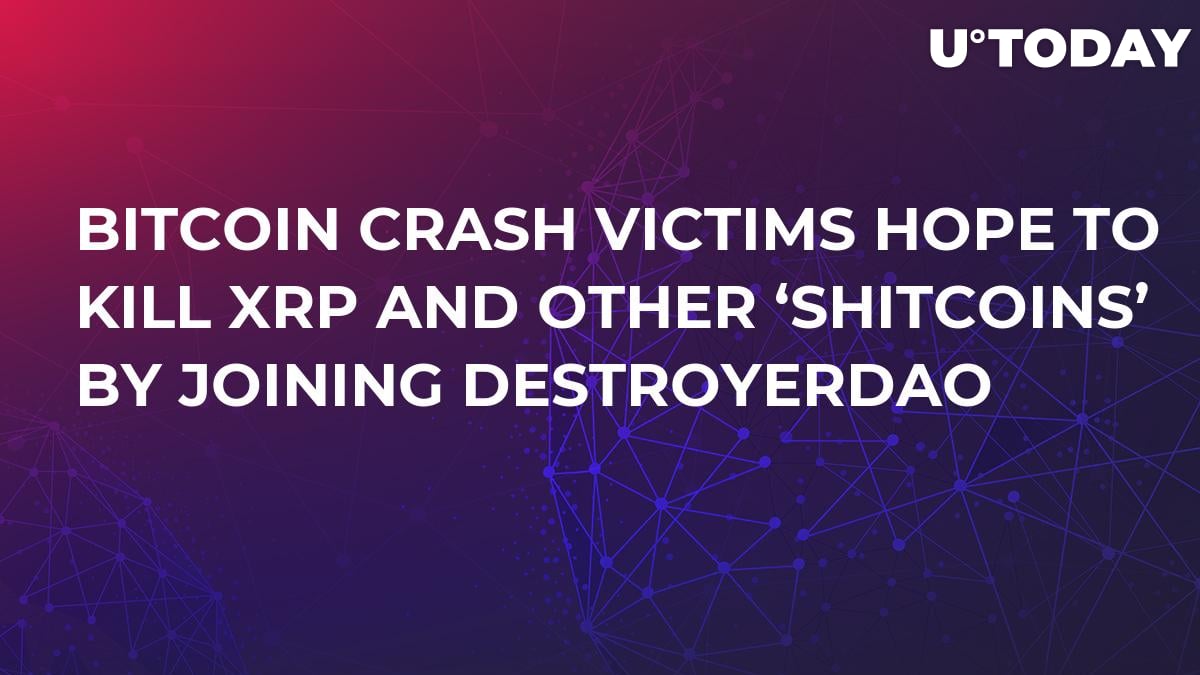 An anonymous group of crypto investors that lost a big part of their invested funds during the market crash in 2018 decided to join their efforts to create the crypto platform DestroyerDAO in order to eliminate altcoins they believe to be based on nothing.

One of their targets is XRP. They do value Bitcoin, though, and plan to take no action against it.

To kill or not to kill?

The DestroyerDAO team plans to create its own community, with a token, and then let them vote. The company is going to put its efforts against any altcoin the community votes for as a scam.

However, there is a good side to it too. If the majority of community members votes for ‘letting a coin live’, the team will begin supporting the selected platform and its ecosystem with its newly-created GFY token, which is basically another altcoin with vague utility – just like those these guys want to destroy.

DestroyerDAO does not quite exist yet

At the moment, this company with an ambitious title is nothing but a planned project with a white paper and a website. The white paper describes it as a company that wants to clear the market from coins that hardly have any real, functional purpose.

The team is currently studying the ‘demand’ for this kind of activity – it is trying to get at least 10,000 users to subscribe to their project. If that happens, they will begin further work.

Burning coins is the main strategy

Their plan is quite interesting: the DestroyerDAO team intends to convince users to burn their coins by sending them to an address from which they cannot be returned or spent.

However, in this case they will be working for the benefit of these altcoin platforms, since coinburning makes the remaining stack of coins more expensive. Binance uses the same strategy by making regular coinburns and raising BNB’s value.

Besides, this kind of open war against a coin may on the contrary bring more attention to it, despite the intentions of folks from DestroyerDAO.

As for the projects they intend to encourage for further development with their own GFY coin, on that list of ‘approved’ platforms are already Bitcoin, Lightning Network and the Ethereum-powered Zap platform.

Many XRP haters have already supported DestroyerDAO and its methods.

Another Ponzi scheme to be built?

DestroyerDAO reportedly uses methods similar to financial pyramids. It encourages its customers to spread around its sign-up links, and those who send out more of them than others get rewarded with new tokens. They do not exist yet, though, but will if the company ever starts operating.

Some experts believe that this whole idea is nothing but a scheme to recover money, made up by those who have lost their savings after the Bitcoin crash, when the price of all altcoins plummeted and has been down ever since.