Visa Payments to Be Dropped, Big US Retail Chain May Adopt BTC Lightning Network Instead 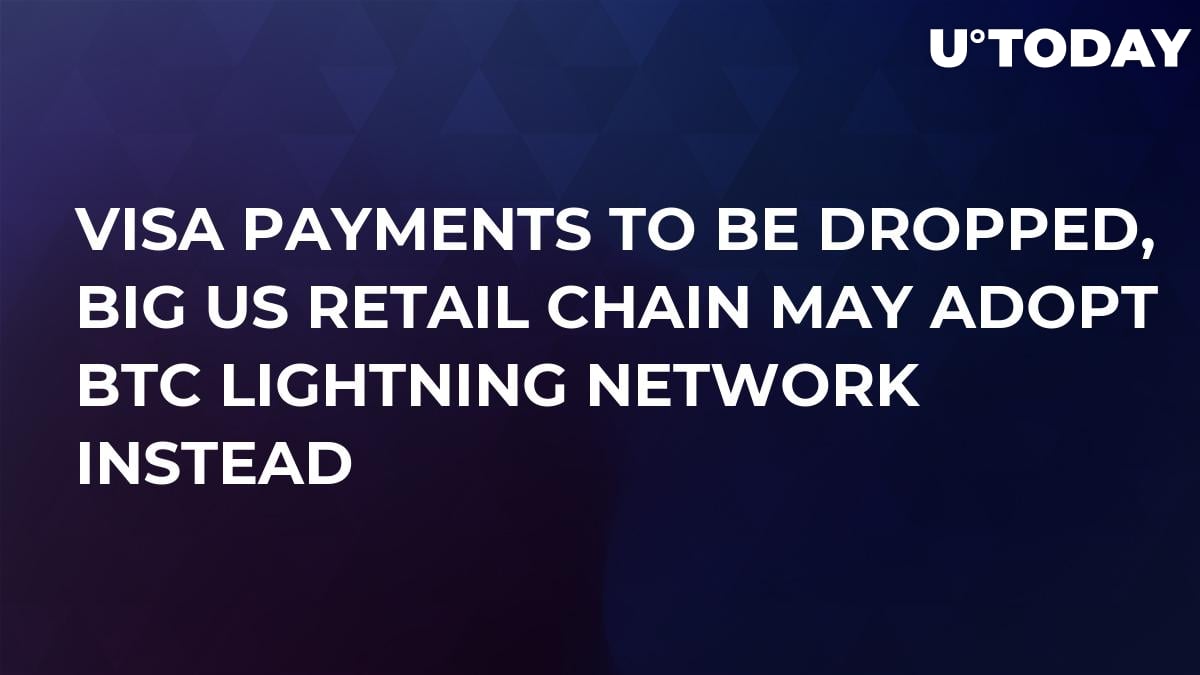 Kroger Company owns around 2,800 shops in the US, and its annual sales volume is around $115,3 bln. Part of the company’s stores are going to give up Visa services.

The Smith’s Food and Drug store chain that belongs to Kroger intends to stop using Visa transactions for selling its goods. The chain includes 134 shops in seven states and keeps more than 20,000 staff members. The company states that fees taken by Visa are way too high.

The chief financial officer at Kroger mentioned that fees taken by Visa are higher than any other credit card companies that cooperate with Kroger.

Even so, Visa intends to raise its commission in April. This raise will be not for stores but for banks. Most likely, the latter will make vendors that work with these banks pay them.

Related
Tron Remains at the Tail of Top-10 on CMC, Reaches over 2 Mln Accounts, Though

Is Kroger likely to adopt crypto upon giving up Visa?

So far, virtual assets like Bitcoin or Bitcoin Cash are not widely accepted in shops. Consumers are not using them much, even though in the US it will soon be possible to buy crypto in a great many of grocery stores. Still, the adoption is getting wider, since Argentina is joining in and intends to set up around 4,000 Bitcoin ATMs soon.

Presently, only few shops actually accept Bitcoin, but the community is waiting to see if Amazon’s Japanese rival Rakuten will begin to take cryptos soon. The company recently stated that they will be supporting all kinds of payments – this may cover cryptos as well.

Even though Kroger has not announced any intentions of choosing crypto as a payment option, the co-founder of the Morgan Creek crypto fund, Anthony Pompliano, has spread word on Twitter, saying that he will fly to Kroger’s headquarters to persuade them to consider adopting BTC’s Lightning Network.