Yuri Molchan
??Popular US broadcaster and crypto supporter predicts that alternative financial trading platforms will become more popular in 2019 and Bitcoin along with them 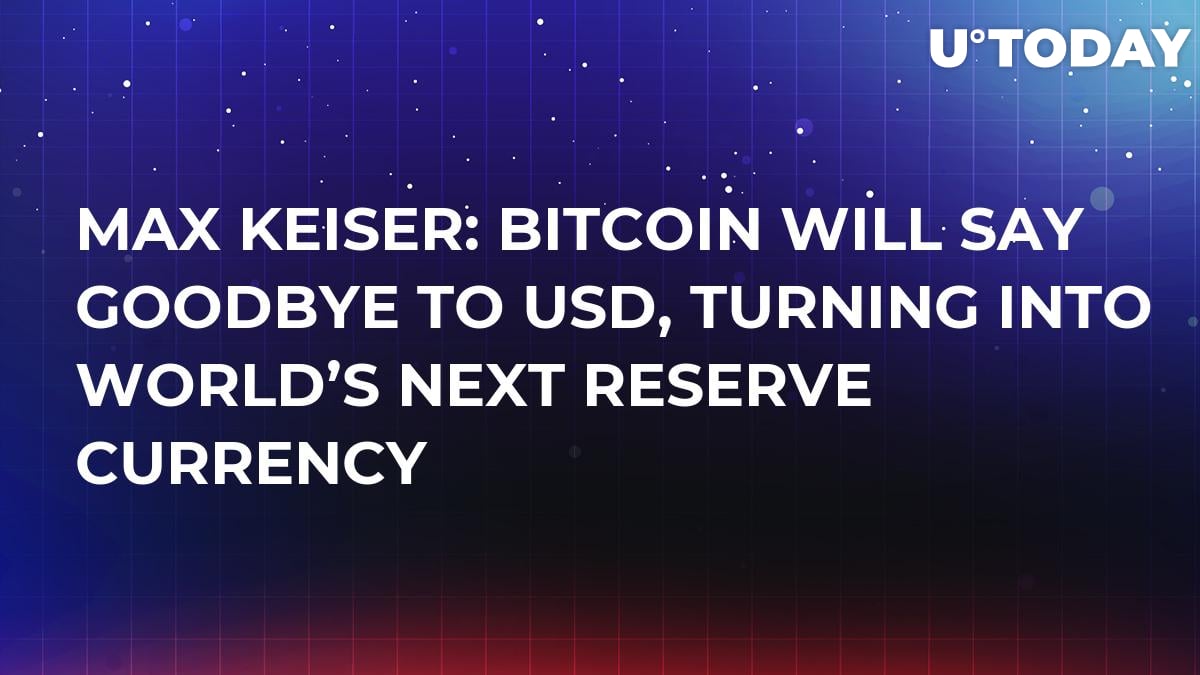 Over the years, the USD has been the reserve currency for banks and global markets, mainly thanks to the US economy dominating all over the world.

Some market researchers believe that the USD is about to be deprived of this honorable status, and as time passes some sort of decentralized currency will take its place.

One of the things that may contribute to this is that the balance of power in the spheres of geoeconomics and geopolitics may change the way of trading goods and services on a global scale.

Many analysts and big-name crypto investors are seeing 2019 as the year which could bring the bullish trend back to the market. Among them is the famous US broadcaster who hosts the Keiser Report.

Keiser believes that the world is moving further in the direction of a ‘de-globalized’ economy which would weaken the US dollar’s grip on global trading and financial operations.

He also mentioned the world’s largest bank payment system SWIFT, based in Belgium. Keiser reckons that SWIFT, which Ripple is now trying to compete with, is under the control of US financial institutions. Supposedly, it is the US that directs SWIFT as to which countries can use the system and which cannot.

Currently, countries – Germany among them – are busy developing their own system of financial transactions, free from US dominance, since the pressure this puts on market participants is too high.

Broadcaster and former trader Keiser believes in Bitcoin and its high potential since BTC shows no dependency on the USD price or other crucial factors for traditional markets, according to what he shared in a recent interview.

Besides, as per Keiser, Bitcoin has the potential to oppose central banks, thanks to DLT which stands on pure mathematical algorithms and blocks of data. This cannot be manipulated by central banks.

As for the US stock market, Keiser stated that its poor performance is encouraging investors to turn to the crypto sphere, since crypto is largely becoming a good option for storing long-term value, whereas the traditional system of stocks is becoming poorer and poorer.

Even though the BTC rate currently does not look like it is going to soar, Keiser remains bullish in the long run.