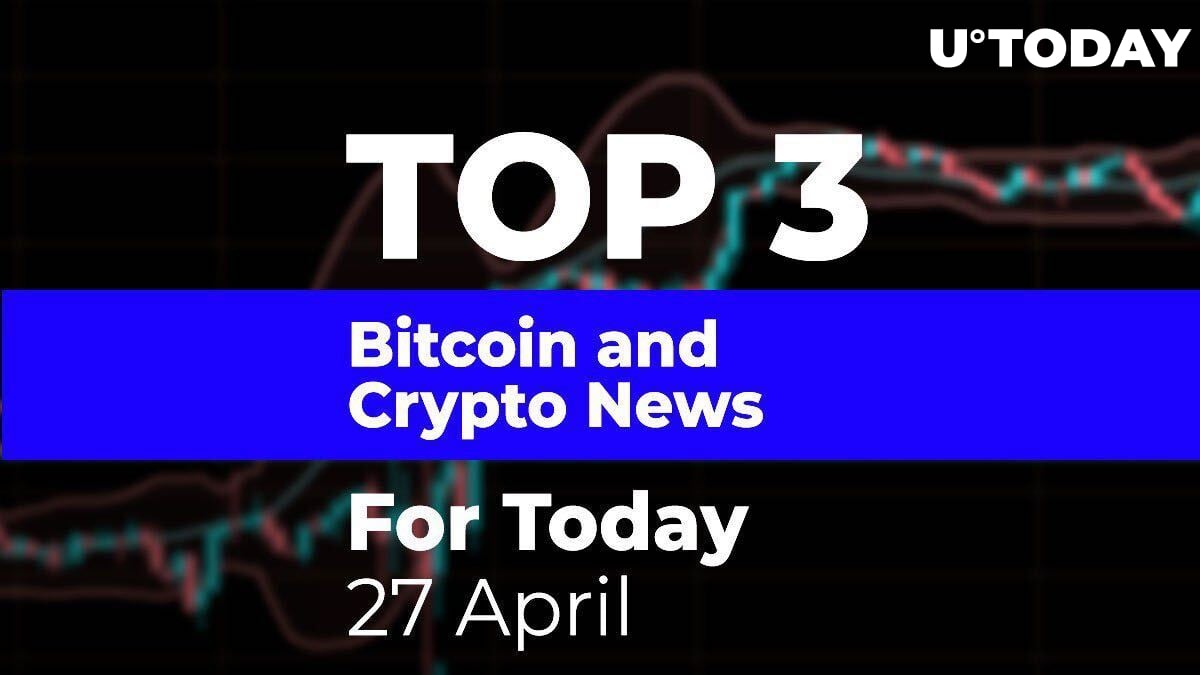 As for the news within the crypto world, some of U.Today’s major headlines include price predictions for Bitcoin (BTC), Ethereum (ETH), and XRP, Bitfinex launching a social trading platform, and CZ Binance says that a man was hired to kill their reputation.

Bitcoin (BTC), which was trading between the $7,388-$7,610 range, ended with a continuation from a previous upswing. Right now, a key support level is $7,555. This is the upper limit of the previous trading and accumulation zone, as well as the volume profile.

Buyers were able to gain some positions, and for the moment, continued growth will continue between the$7,969-$8,200 levels. One event that may affect further growth of BTC is the upcoming halving as more and more people are searching for information on the Internet.

U.Today’s previous price prediction Ethereum (ETH) came true as the altcoin reached the $200 mark on some crypto exchanges. However, a correction phase has already begun as ETH lost 0.72% of its price in the last 24 hours.

ETH has formed a ‘wedge’ pattern, which confirms the end of the short-term rise. Furthermore, there is almost no liquidity at the current levels for buyers to push ETH’s rate higher. The most likely scenario is a drop to its $180 support level, followed by a drop to $160 and possibly below this price.

XRP is falling at a slower rate as compared to Ethereum. The rate for the third largest cryptocurrency has dropped 0.17% since yesterday. With a similar trading pattern to ETH, this confirms a price drop for XRP. There is also a bearish divergence pattern on the Relative Strength Index (RSI). In short, one might expect a decline towards $0.19 soon.

Today, Bitfinex announced that it was rolling you a native social trading platform called Pulse. This new platform will give traders the opportunity to interact on Bitfinex, and will even be allowed to created profiles, visualize their trading history, publish blog posts, and publish and discuss trading ideas with other individuals.

Bitfinex Pulse, the next generation of social trading, has finally arrived!

Distinguish yourself, join the trading community of the future and never miss that life-changing market insight again. https://t.co/RqzrBGY6i6 pic.twitter.com/KNluzdEB7P

One more interesting feature about Pulse will be its leaderboard, which will show the results of Bitfinex’s top traders, who are ranked by their realized/unrealized profits or trading volume. This leaderboard also supports integration with Twitter accounts.

Bitfinex’s CTO Paolo Ardoino goes on to say that Pulse will also act as a content distribution platform, in which media outlets and data traders will be able to provide real-time information to the Bitfinex community.

Changpeng Zhao, Founder and CEO of Binance, recently tweeted about meeting an individual that said it was his job to intentionally damage his reputation as a Bitcoin (BTC) bull. However, this individual, who worked at a Chinese crypto exchange, quit one day into the job. Zhao goes on to say that a whole team was hired to spread messages on social media.

Just interviewed someone who joined a Chinese exchange that views Binance as a competitor. He was put in a team whose only job is to spread the message “when CZ is bullish, bitcoin will drop”. ? He quit after a day.

And I am bullish all the time, never a bearish day. #BTC

Earlier, Zhao addressed his BTC price predictions that failed to come true. He also mentioned that some called his prediction as ‘counter signals’. However, Zhao has insisted that he will never be bearish on Bitcoin, and that his predictions have so far been accurate and inaccurate.