Three Reasons Why Bitcoin Is Rallying Close to $52,000

Yuri Molchan
Bitcoin is inching closer to the $52,000 level after breaking above the crucial $51,000 resistance, here are likely reasons why 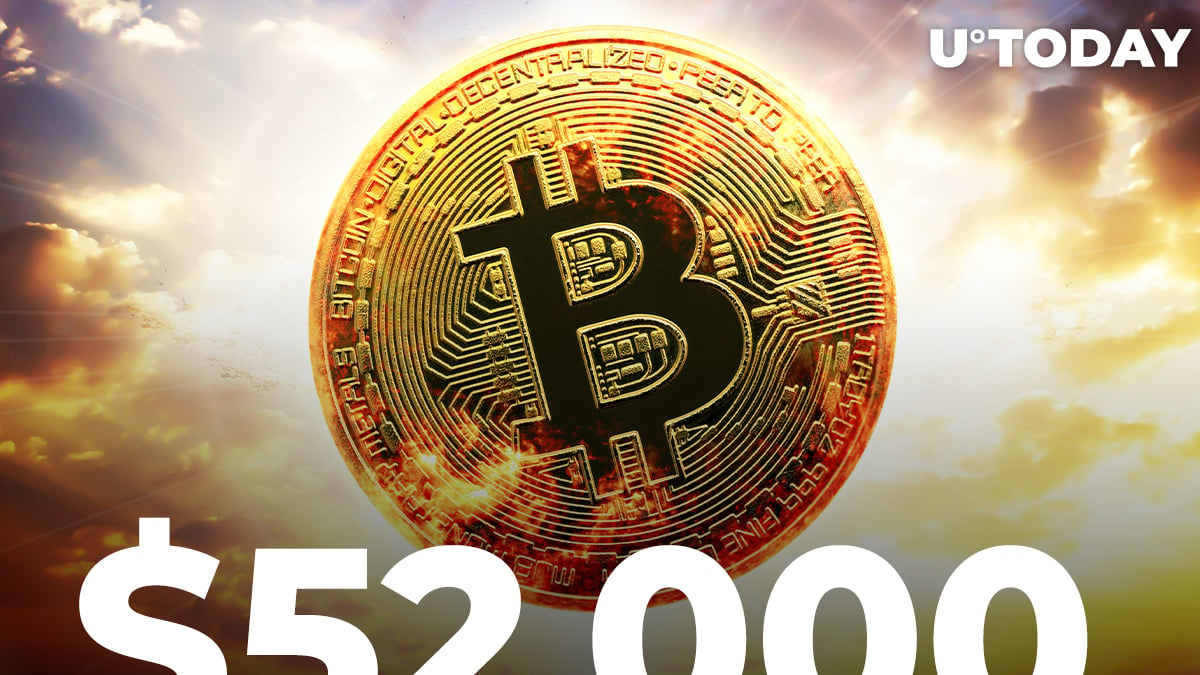 On Sept. 5, the flagship cryptocurrency, Bitcoin, rallied from the $50,300 area, adding $1,000 in a long green candle. Here are the likely reasons that drove BTC above the do-or-die resistance threshold.

The price Bitcoin managed to close the weekend with was $51,911, and it was the highest level BTC reached since mid-May.

Data provided by the Santiment on-chain analytics agency shows that one of the triggers for this rally is the surging interest in altcoins—that have also been rallying recently, with some of them outperforming the king crypto, Bitcoin.

📈 #Bitcoin closed out the weekend with a jump to $51,911, its highest price since May 12th. The rising interest on the more volatile and (mostly) higher gaining #altcoins has allowed $BTC to slowly & steadily grow as short-term traders #FOMO elsewhere. https://t.co/mnyKU7gjj8 pic.twitter.com/l3yR0Rq9f8

One of those coins that surpassed Bitcoin was the second-biggest cryptocurrency: Ethereum. On Sept. 4, Ether managed to briefly top the $4,000 level, reaching a three-month high, and then fixed in the $3,900 zone. From the start of the year, Ethereum showed growth of approximately 312% to the all-time high of $4,362 it hit on May 12.

Meanwhile, Bitcoin rallied around 121% since early January to the all-time high of $64,863 reached on April 14.

At the moment, though, Bitcoin is still almost 20% below its all-time high.

Bitfinex whales are not shorting BTC

According to data from CryptoQuant, at the moment, cryptocurrency whales on the Bitfinex exchange are not opening a large number of short positions.

A CryptoQuant-verified analyst highlighted that crypto whales were massively opening shorts on Bitcoin when the leading cryptocurrency rose from $33,000 to $40,000 as if they expected BTC to dump after hitting the resistance at $40,000.

After Bitcoin went down to $29,000, whales started closing all their short positions, expecting no further drop in the price, according to the CryptoQuant author. On the contrary, only a small amount of shorts have been opened as Bitcoin is rallying above $51,000.

The jobs report released on Friday by the U.S. Labor Department showed that employers had provided only 235,000 jobs versus the expected 725,000. This means that the Federal Reserve is unlikely to withdraw its tapering initiative and will continue to drop "helicopter money" on the U.S. economy.

U.S. stimulus programs already pushed Bitcoin back up in 2020, and the continuation of such programs keeps fueling the Bitcoin rally.