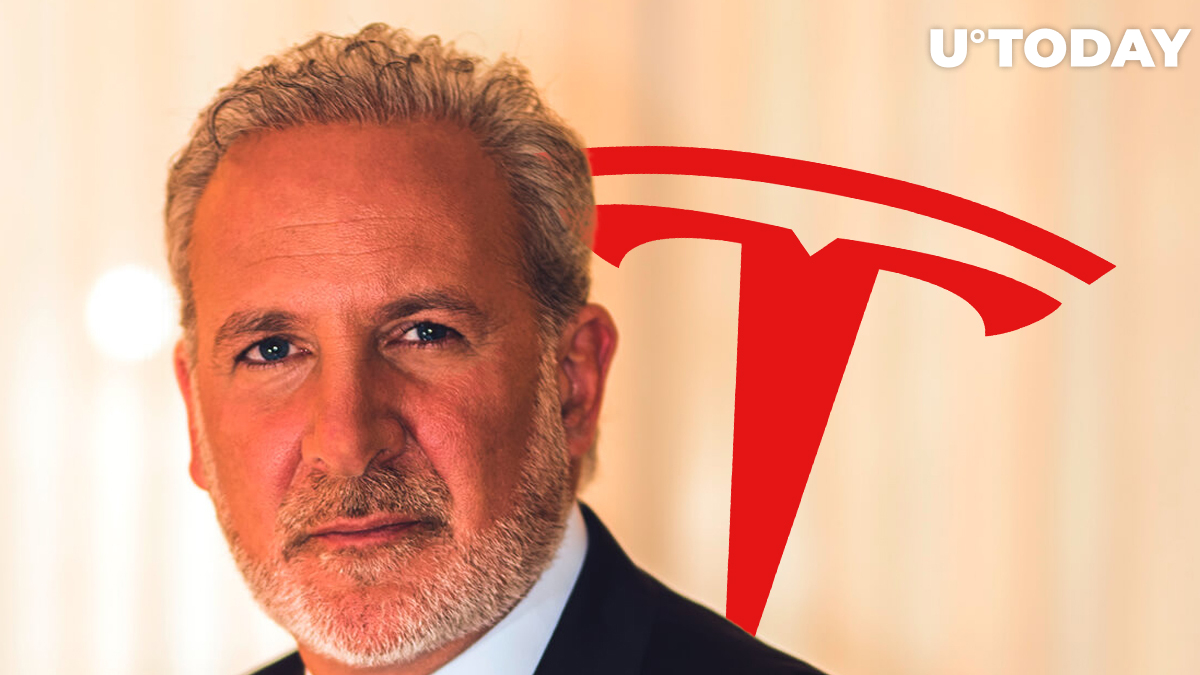 In a recent tweet, while disputing with Anthony Pompliano, prominent Bitcoin critic Peter Schiff has doubted that Tesla shareholders are benefiting from the car producer entering Bitcoin.

He also opined that Tesla may have a hard time making an actual profit from the Bitcoin it has bought.

"Tesla shareholders down five percent on TSLA since Bitcoin purchase"

Euro Pacific Capital CEO Peter Schiff has tweeted that, since Tesla acquired $1.5 billion worth of Bitcoin on Feb. 8, Bitcoin has gone through the roof, shooting from the $36,900 area to the $46,200 zone. Data comes from a chart by CoinMarketCap.

But #Tesla shareholders are already down about 5% on Tesla stock since the #Bitcoin purchase was announced. Not exactly a ringing endorsement.

Tesla will have a hard time profiting on Bitcoin, Schiff believes

Besides, the chief of Euro Pacific Capital pointed out that, despite Bitcoin rising and Tesla profiting 40 percent on its BTC bet, as Pomp tweeted, the car-producing giant cannot actually make any real profit until it sells its BTC.

And since this is a huge amount of crypto, Tesla may face trouble finding purchasers for its BTC.

Plus, Tesla doesn't have a profit until it sells. Finding buyers for that much Bitcoin may be much harder than it was to find sellers.

As reported by U.Today last Friday, the prominent investor and scholar, Nassim Nicholas Taleb—who is also famous for his books, "Black Swan," "Antifragile," "Skin in the Game," etc.—tweeted that he decided to sell his Bitcoin holdings.

The reason he cited was too high BTC volatility. He stated that the currency is not supposed to have more value than the things you can buy or sell with it. You cannot price goods in BTC, he added.

Previously, though, Taleb praised Bitcoin and cryptocurrencies in general as an economic crisis broke out in 2019 in Lebanon.

Schiff has also commented on that, using Taleb's tweet as another argument against Bitcoin and trying to benefit from the good reputation of the scholar in financial circles.

According to @nntaleb the math for Bitcoin doesn't add up. He's selling his Bitcoin as it fails as a currency. In fact, the only promise #Bitcoin hasn't failed to fulfill is price appreciation. That's because those buying it fail to understand it. They also fail Math & Economics.