Swiss Bank Dukascopy to Conduct ICO on Ethereum, Supporting It With Stablecoin 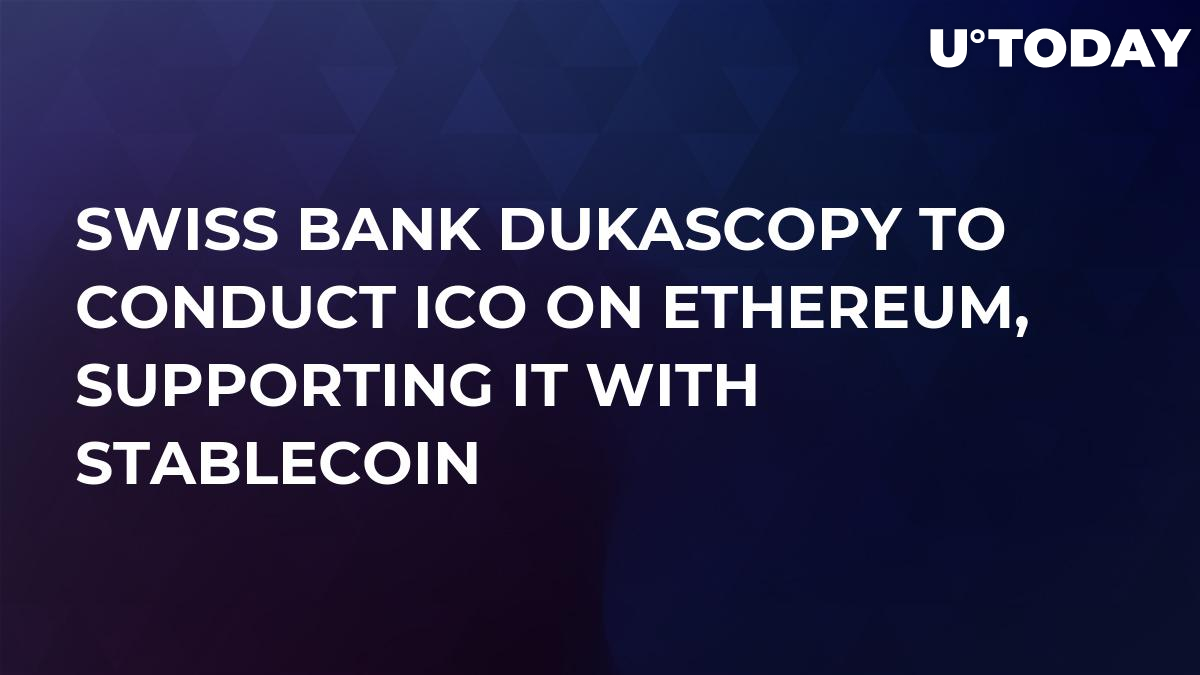 The Swiss online regulated bank Dukascopy intends to conduct an ICO based on the Ethereum Blockchain and emit 20 bln Dukascoins in order to boost their mobile banking market share.

How Dukascoins will be distributed

The bank also intends to set up a crypto exchange for the customers who will be willing to buy/sell Dukascoins. The bank itself plans to sell the new coins in portions of 100,000 in order to ensure their circulation.

Dukascoins are scheduled to be released in around 90 days– this is when the bank expects to be approved by the regulator and finish working on the whitepaper.

Apart from Dukascoins, the bank also intends to issue a stablecoin titled Dukasnote. These tokens are going to be backed by fiat currency, although the bank reps did not say, which exactly fiat money that will be. The stablecoin is still on the stage of development, as is its whitepaper. They will be used mainly to reward new customers of their mobile bank and the Dukascopy Connect 911 messenger.

This bank is based in Geneva, but its branches are located in various parts of the world, including Ukraine, Russia and Malaysia. It has over 300 staff on its payroll. This is going to be the first bank, a well-established one, in the world to conduct an ICO with potentially promising results.