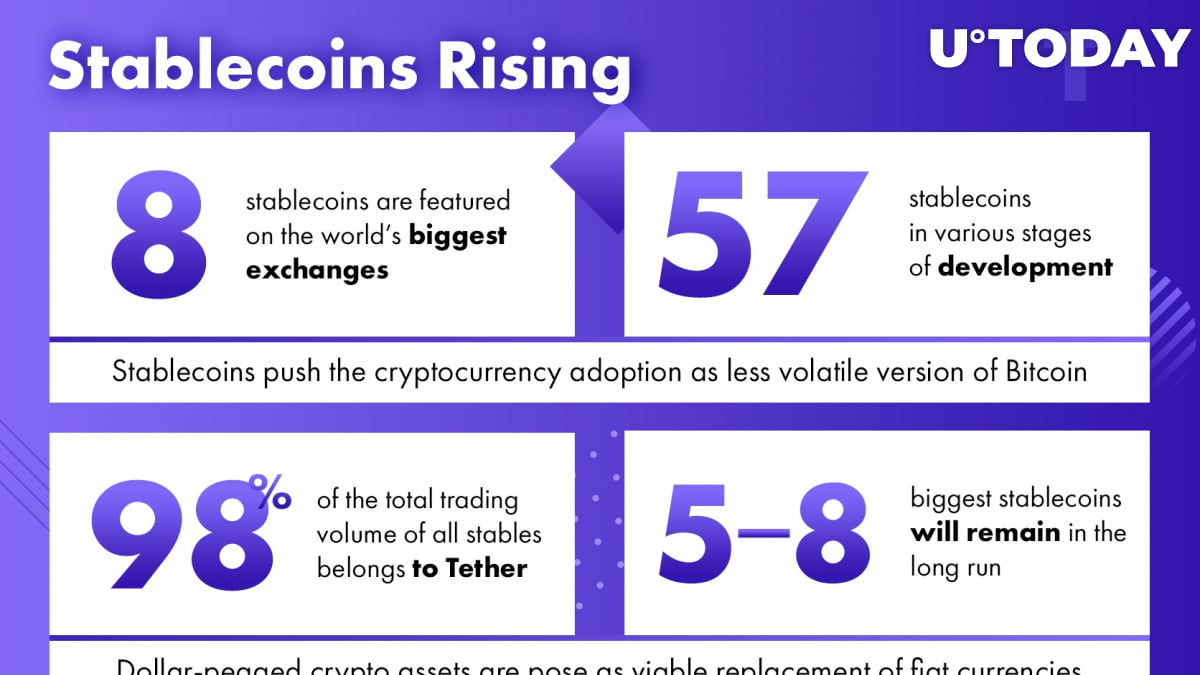 A new Blockchain report states that the amount of stablecoins has exponentially increased over the last 18 months, while a slew of other stablecoin projects are planning to launch their products in the nearest future. Apart from the dollar-pegged Tether (USDT) which currently sits at eighth place on CoinMarketCap, 57 other stablecoins are in various stages of development.

The state of adoption

The study mentioned above shows that stablecoins have already become an integral part of the cryptocurrency industry with Tether being the second largest coin by trading activity, only lagging behind Bitcoin. On top of that, more than 50 exchanges have already listed these fixed-price assets. All in all, eight stablecoins, including Tether, TrueUSD and SteemDollar, are featured on the world’s biggest exchanges.

It is also worth mentioning that Tether enjoys an absolute monopoly in this sector, being responsible for a whopping 98 percent of the total trading volume. Tether stirred some controversy after critics started claiming that the currency was responsible for pumping Bitcoin price in December. However, as U.Today reported earlier, Tether, had little to no effect on Bitcoin’s price.

While the study points out that a great number of stablecoins already exist in the crypto space, it also states there is also an ongoing search for a better solution since none of these coins can be considered to be perfect. Only five to eight of the biggest stablecoins will remain in the game while other coins will fade. However, this group of virtual assets is also expected to be listed on many major exchanges.

Stablecoins have the power to push the cryptocurrency adoption way further as they are commonly viewed as a less volatile version of Bitcoin and the majority of other tokens on CMC. Dollar-pegged crypto assets also pose as more viable replacement of fiat currencies, which could make central banks around the globe ramp up their regulations.

Related
Circle Rolls Out Its Own Stablecoin
#Tether News