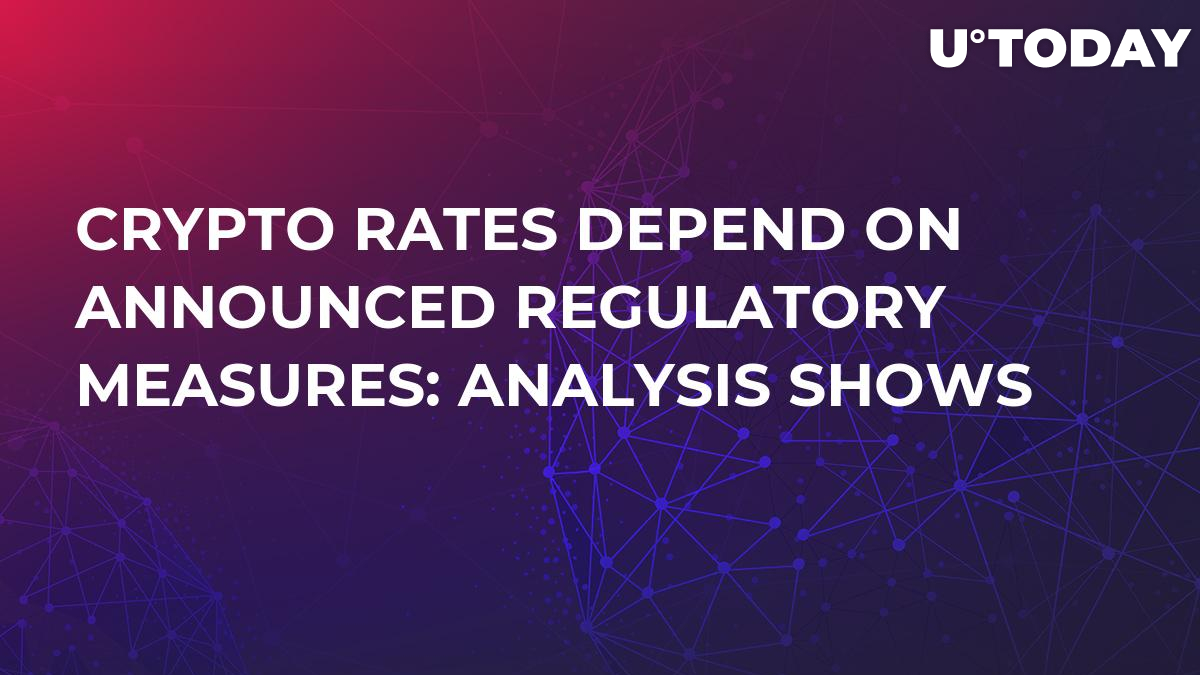 BIS, the Bank for International Settlements from Switzerland, has published a report that shows a direct correlation between news about crypto regulations and the actual prices of crypto. The document claims that price is better when coins receive a certain legal status combined with a light regulatory policy.

The study gave an example of the SEC rejection of Bitcoin exchange-traded funds (ETF) in March when the markets responded with the BTC price sliding 16 percent a few minutes after the verdict was announced.

Then in June when the Japanese regulator FSA urged six trading platforms to meet the anti-money laundering (AML) requirements, crypto rates went down within several hours but not as drastically as above though.

BIS can, reportedly, assess prices based on the news

In the report the Switzerland-based bank team claims that they can give an approximate outlook of how the new swill impacts the market, dividing them into favorable and unfavorable ones.

Experiments show that favorable news contributes to a 0.33 percent rise of crypto within about two hours and negative reports make prices drop for about a similar value. Within 24 hours, good news makes crypto coins increase 1.52 percent and negative reports cause them to drop slightly over three percent.

Besides, the study also demonstrated that prices began changing even before the news came out, which, reportedly, proves that news come out in small but frequent amounts and data also reaches the public through other sources.

News reports about prohibitions of crypto made crypto prices decrease, whereas when the implementation of regulatory measures were conducted it affected the markets positively. Tightening of AML policies mainly had a negative effect.

Not only prices were affected

Apart from market prices on crypto, the volume of transactions, the profitability of mining and other factors changed, depending on the news.

At the end of the report, the Bank for International suggests the regulators should change their course of action regarding crypto from their current strategy. BIS proposes that the SEC, FSA, etc should regulate crypto companies and activities looking at the economic goal of their use, not on the technology they are based on.