SHIB to Get Greater Use in UAE, Ancient BTC Whales Are Awakening, Robert Kiyosaki Says Market Crash He Foretold in 2013 Is Here: Crypto News Digest by U.Today

Valeria Blokhina
Read about the latest events in the industry in U.Today’s news digest! 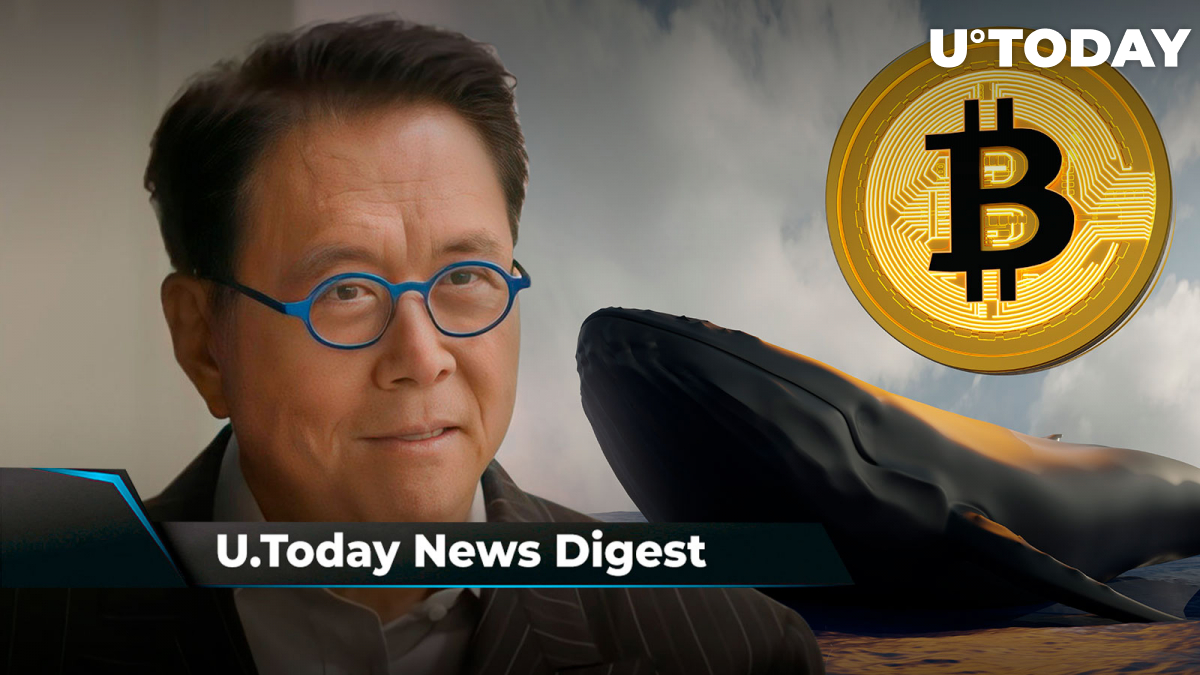 Virtuzone, a UAE business services provider, announced that it has signed a partnership agreement with Binance, one of the world’s biggest cryptocurrency exchanges, to use Binance Pay technology. Through Binance Pay, Virtuzone seeks to help advance the use of cryptocurrencies and blockchain technologies in the country. The partnership is beneficial not only for the exchange itself but also for all cryptocurrencies that participate in the Binance Pay program, including SHIB, XRP and AVAX. From now on, companies using the services of Binance in the UAE will be able to use these cryptocurrencies as a payment method. In addition to Virtuzone, various hotel and retail chains are already using Binance Pay in the UAE.

As the crypto market switches to panic mode following a recent crash, ancient Bitcoin whales that were active 7-10 years ago are entering the market. Historically, a spike in ancient wallets’ activity can be seen when the king crypto, Bitcoin, makes unprotected moves or reaches long-awaited targets or support levels. In the current situation, the first scenario has played out as BTC took a dive below the $20,000 level. Long-term holders might also join the selling side and start dropping their holdings to avoid further losses. Usually, such a tendency is one of the first signs of capitulation among investors. If history is destined to repeat itself, we will see a reversal on the cryptocurrency market in the foreseeable future.

Yesterday, Shiba Inu’s daily chart demonstrated a successful bounce off the local support level; however, a lack of momentum made the growth insignificant. Since the end of June, SHIB remained in the ascending price range and continuously moved within it. If the range holds the existing selling pressure, the coin will maintain current gains and move further up. According to volume profiles, one of the primary causes of the token's underwhelming performance is the lack of support from major retail or institutional investors. Now, SHIB is in great need of some buying support from investors. As we saw from the most recent 40% price spike, even the slightest buying activity that might come from whales will lead to strong growth.

"Rich Dad, Poor Dad" author Kiyosaki says market crash he foretold in 2013 is here, and it's time to get richer

According to a recent tweet by "Rich Dad, Poor Dad" author Robert Kiyosaki, a market crash from his 2013 prediction (which is supposed to be even bigger than that of 2008) is already here. He went on, saying that investors may find themselves in a situation where millions are simply going to be wiped out. Instead of being one of them, Kiyosaki recommends using this time to get richer. It is difficult to disagree with Kiyosaki, while also recalling Warren Buffett's words that the best time to buy comes when the markets are full of "blood." Based on the market state on Monday, the S&P500 continued its downward movement and rebounded from the $4,000-$3,950 support level, and Bitcoin dipped to the $19,500-$19,000 block and garnered a buyer reaction.