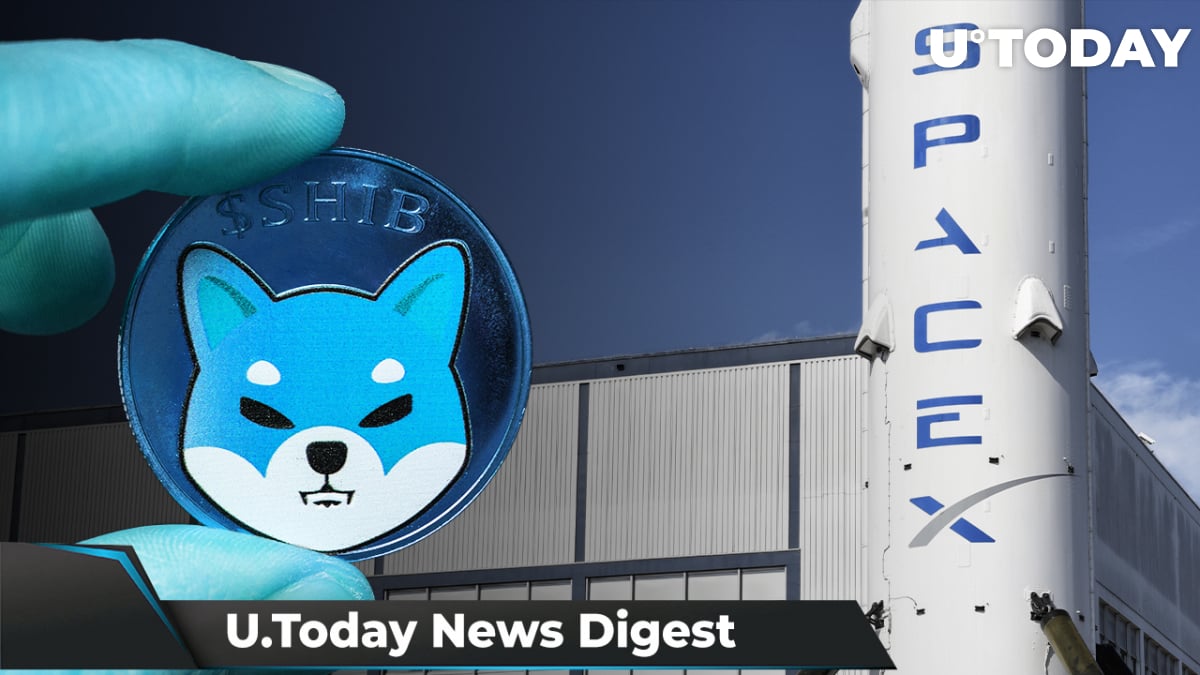 Here are the top four news stories presented to you by U.Today. Stay tuned to keep up on everything crypto!

Yet another Brazilian crypto exchange has joined the Shiba Inu frenzy. According to the official announcement, Foxbit, one of the largest exchanges in the country, has added support for Shiba Inu, as well as several other cryptocurrencies: Gala (GALA), Fantom (FTM), LooksRare (LOOKS) and Illuvium (ILV).

In December, Mercado Bitcoin became the first crypto exchange in Brazil to list the Dogecoin rival.

A graphic designer at the Dogecoin Foundation (@cb_doge) has recently tweeted that he found the name of the meme cryptocurrency in the source code of SpaceX's merch store. This made some speculate that a private spaceflight company might be testing a Dogecoin payment option. However, Mishaboar, a well-known member of the Dogecoin community, has noted that SpaceX uses Shopify. When one uses Shopify to host their shop, Mishaboar explains, the CSS usually includes the Dogecoin code.

After surpassing $100 million in total value locked, SundaeSwap has reached a new significant milestone. According to a recent tweet, the leading Cardano-based decentralized exchange has exceeded 100 million ADA (roughly $109 million) in total trading volume, which marks a promising start for SundaeSwap.