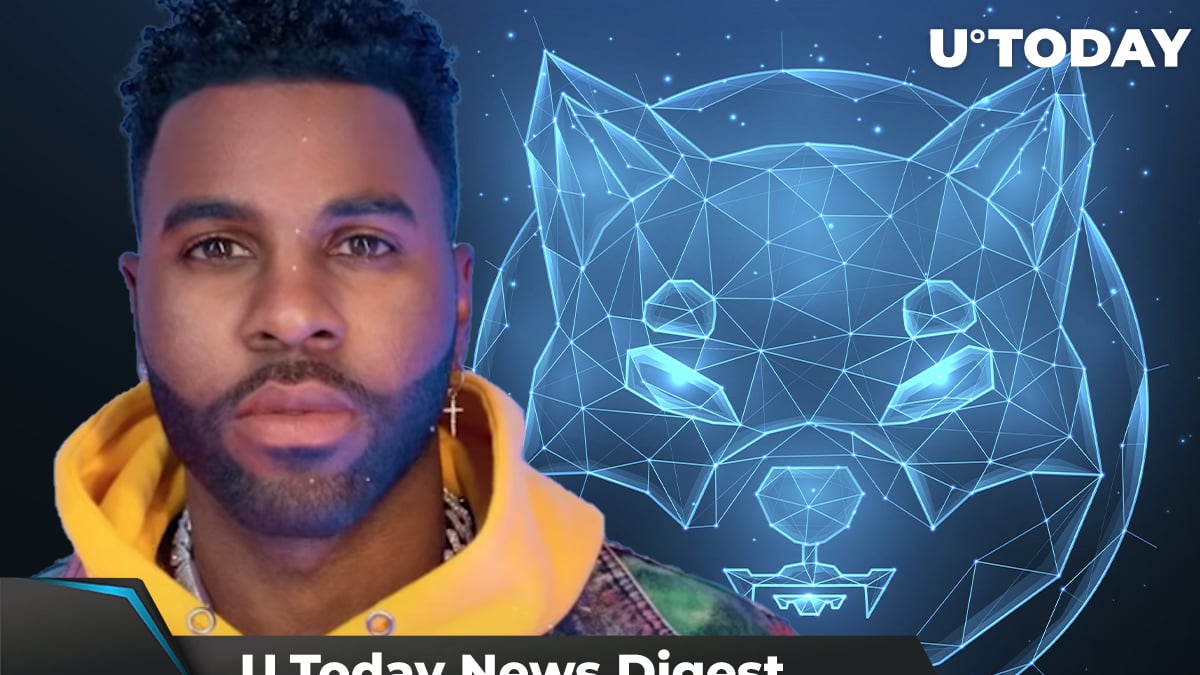 Check out the top five crypto news stories over the past day prepared for you by U.Today:

Shiba Inu continues its outstanding rally; yesterday, the meme coin hit a new all-time high of $0.00004860, becoming one of the best-performing altcoins yet again, according to CoinMarketCap data. Meanwhile, several cryptocurrency whales have transferred some massive lumps of Shiba Inu, which total a staggering 28 billion coins. That is the equivalent of $1,295,560.

Robinhood is to set record straight about Shiba Inu listing

As Robinhood has begun answering the top-voted questions during its Q2 earnings call, many investors submitted their questions of concern ahead of the upcoming Q3 meeting. The most frequently asked question has turned out to be (you guessed it) whether or not the online brokerage app plans to list the Shiba Inu cryptocurrency. Proponents of the potential listing claim that the company’s reluctance to add new cryptocurrencies might hurt its revenue.

American R&B star Jason Derulo is known for being an active crypto supporter; he tweeted about holding XRP, shilled Solana and joined Snoop Dogg and other celebrities in promoting NFTs. Now, he decided to reveal that there is one more crypto in his portfolio - Shiba Inu. Derulo said that he was lucky to buy SHIB tokens early and that he dabbled in the canine mania just for fun.

Shiba Inu is now accepted by a Paris restaurant

Shiba Inu scores victories not only in the crypto market, but also in the gastronomic field. According to videos made by Parisians, Le Bistrot d'Eleonore et Maxence, a restaurant located in the very center of the city on the Seine, has started accepting SHIB. From now on, customers of this cozy bistro can pay for their dishes with the white-hot canine cryptocurrency.

In a series of recent tweets, Coinbase CEO Brian Armstrong has shown support for Ripple in its legal fight against the SEC. Armstrong wrote that launching attacks against the crypto industry and hurting investors is “politically unpopular.” He then repeated Ripple’s talking point about the SEC hurting consumers instead of protecting them. Armstrong’s tweets inevitably reignited rumors about Coinbase potentially relisting XRP on its platform.